It’s not a subject that gets a lot of coverage on local TV news. It’s not, in the parlance of local TV news, sexy. There are no flashing police lights, no crime scene tape, no fire, no breaking news or weather. And few like to talk about it. Yet, when the topic does comes up, […] 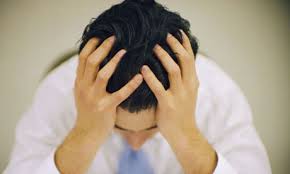 It’s not a subject that gets a lot of coverage on local TV news. It’s not, in the parlance of local TV news, sexy. There are no flashing police lights, no crime scene tape, no fire, no breaking news or weather. And few like to talk about it.

Yet, when the topic does comes up, it’s usually the underlying cause of a much larger, usually tragic, news story.

But one station is focusing an entire year on the subject — WRC, the NBC-owned outlet in Washington, D.C.

Changing Minds is a year-long, multi-platform campaign focusing on the issues of mental health.

“There’s a terrible mental health crisis in this country,” said Matt Glassman, WRC’s assistant news director. He says the idea of the year-long campaign came about through the newsroom. “We’ve covered way too many stories about people who have just lost it, only to find out later there were warning signs. In our area alone, we’ve seen the Virginia Senator whose son stabbed him then killed himself, (we learned the next day that his dad tried to get him into a state psychiatric bed but there wasn’t one available), the gunman who opened fire inside the mall in Columbia, and horrific mass shootings in schools and military bases all across the country, including at the Washington Navy Yard last year. We’ve all been sick about these horrific stories.”

The stories run throughout all newscasts and on every platform, according to Glassman, and the response from viewers via email, Twitter and Facebook has been very supportive.

I am so happy you/NBC is doing this series and addressing something no one ever wants to talk about or is ashamed to admit it’s happening to them or a family member. I only wish it had run this time last year when our youngest daughter went through a really really tough time. It was so difficult to get any solid information or support since she was under 16. I’m happy to say after a year she’s much better after finding the right psychiatrists and we take one day at a time.

Thank you so much for highlighting this subject and bringing it out in to the open! As the parent of a 12-year-old in MCPS, who happens to be both gifted and bipolar, I’ve found that people just don’t understand … especially when they see that we don’t match their preconceived notion of a family that has someone with a mental health issue.

Thank you for this effort. Mental Illness is the root cause to many other issues.

An issue that I am very passionate about. Seeking & asking for help IS a sign of strength. There is treatment and recovery.

Thrilled that you are doing this! Keep talking and sharing. Stop the stigma

Good job, topic that does not get a lot of attention. We need this in our society. It is a lot on some people with these illnesses. We all need someone to talk too at times.

Glassman says the Changing Minds campaign is consistent with the station’s commitment to community involvement.

“Our station has a strong legacy of community campaigns. For 21 years, we have produced the NBC4 Health & Fitness Expo, an event that now gets 85,000 people annually. For 30 years, we have produced segments (called Wednesday’s Child) to help find homes for children in foster care. Our station also has sponsored the Washington AIDSWalk every one of its 26 years in existence. And on and on and on.”