Do More with Less —More Notes from the PromaxBDA Summit

Not enough time, not enough people, not enough money, not enough equipment. Who hasn’t heard that before? If these are issues you face in your shop, maybe you need to change your perspective, so next time when the impossible is asked of you and your staff, you can say with confidence, no problem. That was […] 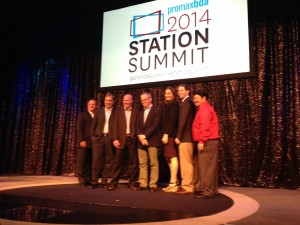 If these are issues you face in your shop, maybe you need to change your perspective, so next time when the impossible is asked of you and your staff, you can say with confidence, no problem.

That was the focus of today’s PromaxBDA Station Summit session, Something for Nothing. Six of the industry’s more innovative marketers demonstrated how they overcame challenges, sharing ideas every attendee could take home and practice.

MC-ed by Bill Butler, veteran VP of Programming and Promotion at Sinclair, the session focused on how to create great creative at little or no cost.

First up was Brandon Downing, marketing and creative services director at KSBY, Cordillera Communications NBC affiliate in San Luis Obispo and Santa Barbara.
Downing walked the crowd through a step-by-step process of how his station gave its 60th anniversary campaign lots of legs, all at little or no cost. They got network and syndicated celebrities to do on-air greetings, the point being when you need help, don’t forget your affiliate and syndicated marketing team for help. They found and recruited former KSBY anchors and reporters to also record anniversary greetings. They tied local advertisers into the campaign that generated revenue, essentially, as Downing said with a sly grin, “they paid us to wish us a happy anniversary.” That’s even better than something for nothing. 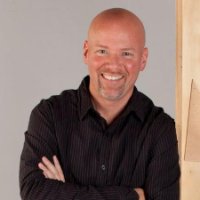 Mike Hansen, creative services director from Sinclair’s ABC and Fox affiliates in Columbus, Ohio, WSYX and WTTE respectively, followed next. To promote the fact that his Fox morning news was the only local news on after 7am, he made some signs and shot station employees holding them in various locals around the city. That progressed to still shots with viewers holding signs that the station had them share on Facebook for some viral exposure. The viewers were recruited through Facebook with the promise of a station mug. Real people are great, signs and coffee mugs cost little.

Jeff Pitner, from Nexstar’s KAMC and KLBK, the ABC and CBS affiliates in Lubbock, showed how he manages to stay ahead with a little thinking. How about an idea folder for future reference where you can put ideas? Got an idea today that might work tomorrow? Write it down and drop it in the folder! Keep your talent images fresh by always shooting new shots with your phone or camera, Shoot, sort and share them so you always have fresh images to use. Don’t forget to take advantage of network and syndicated programming tie-ins that cost nothing! Use stock photos and templates that add to the production value and give your work a professional look. Props can liven up your shoot, they’re easy to find and they get attention. And don’t forget the value of production music. It’s a powerful tool so explore, listen and use your libraries to the fullest. 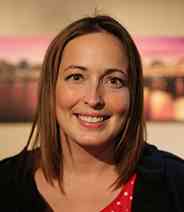 Lauren Ridgley stepped up next. Creative services director at Hearst’s ABC affiliate in Milwaukee, Ridgley’s presentation was intended to prove how the creative gets down is often the creative part. Stop me if you’ve heard this before, you’ve got a special report to promote but news hasn’t shot any footage yet. Stock footage to the rescue. For $99 a year, try VideoBlock.com. Use simple, inexpensive software add ons to effect video with different looks. What about free talent casting? Find a connection who knows lots of people you can call when you need someone. Always be thinking fresh images by using every opportunity to send your people out to find authentic street shots. And by all means, use those new DSLR cameras. They get into tight spaces and gives your work a Hollywood film look. Invest in different lenses so you can increase the range of what your camera can do, and use sliders and stabilization tools to give your footage a cinematic feel. 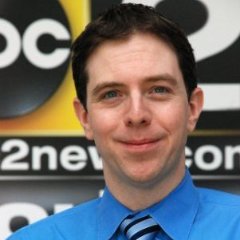 Next up, Alex Shaw, director of creative services from Baltimore’s ABC affiliate, WMAR. You got a small staff? Make them feel like a big team by maximizing their time. Cross train. Set up a publicity request system by creating a link where people can go to request station tours, appearances, and the other mundane, routine duties that often suck up too much time. Consider renting equipment instead of buying. Look around and utilize the technology that’s available at your station by changing some settings for an improved look. And instead of a yearly fee for stock footage, divide it by 12 and use it monthly as you need it.

Finally, Kerry Yoshida, senior programming manager from Honolulu’s KHON, advised how to make your news promos look better than news promos. Use a DSLR camera and know its capabilities well. Shoot your subjects closer and use motion to add a cinematic look. And if you have an older camera, tweak the settings and use different lenses to maximize what it can do. And in post, experiment with different filters to set the mood that fits the promo.