Imagine you’re snow-bound in a cabin in the Catskills. A blizzard has dumped so much snow, you’re stranded. There’s plenty of food and the house is warm, but authorities say it could be days until they can clear the roads. They say just hunker down and wait, relax, perhaps watch TV. You turn on the […] 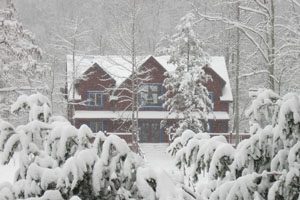 Imagine you’re snow-bound in a cabin in the Catskills.

A blizzard has dumped so much snow, you’re stranded.

There’s plenty of food and the house is warm, but authorities say it could be days until they can clear the roads.

You turn on the TV but can only get one station over the air. But wait, that station has eight different channels, how can that be? You’ve got news, sports, movies, sitcoms, classic TV shows, kids programming, even Latin programs. Here’s an early promo from 2011.

You’re watching WYBN, broadcasting from high atop Windham Mountain, capable of reaching almost a million people in the upper Hudson Valley region of the Catskill Mountains in New York.

So you sit back and relax with the family and wait for the snow to melt.

WYBN is the first new television station in the Albany region in more than a dozen years, Owned locally by Cable Ad Net New York, Dan Viles is the president.

Viles says when he built the station five years ago, all the network affiliations were taken in the area.

“When we were building it my engineer said, “You know, with digital, you can air more than one channel.”

“If you want all of them to look incredibly crisp, you can do six,” said the engineer. “If you have a couple networks that don’t change the image a lot, like people sitting in a chair, maybe eight.”

Viles says he started out with four networks to see what the public likes, and started getting phone calls.

“I’d answer the phone and they’d go, is this WYBN? Are you a pirate TV station? How come all the Albany stations have one or two channels and you have four?”

“We still get those calls. People don’t understand that a station that’s the new kid on the block, can pull off eight channels. Why can’t the big stations?”

Viles says his viewers are about evenly split between over the air and cable.

Viles says he’s friends with the owner of one local cable company that carries some of his channels, accounting for some 22,000 homes.

“The Catskills have a very permanent culture of over the air because cable wants to go where there are so many homes per mile, and the area is so remote.”

“So we have that built in audience of people who need to watch over the air.

“Our biggest challenge is promoting the station and all the different channels inside that package. So we’re constantly keeping the stream of promos fresh.”

Because the channels on WYBN deliver such a broad audience,  WYBN is able to offer local advertisers a better cume at a much lower rate than they might pay at a regular TV station, according to Viles. 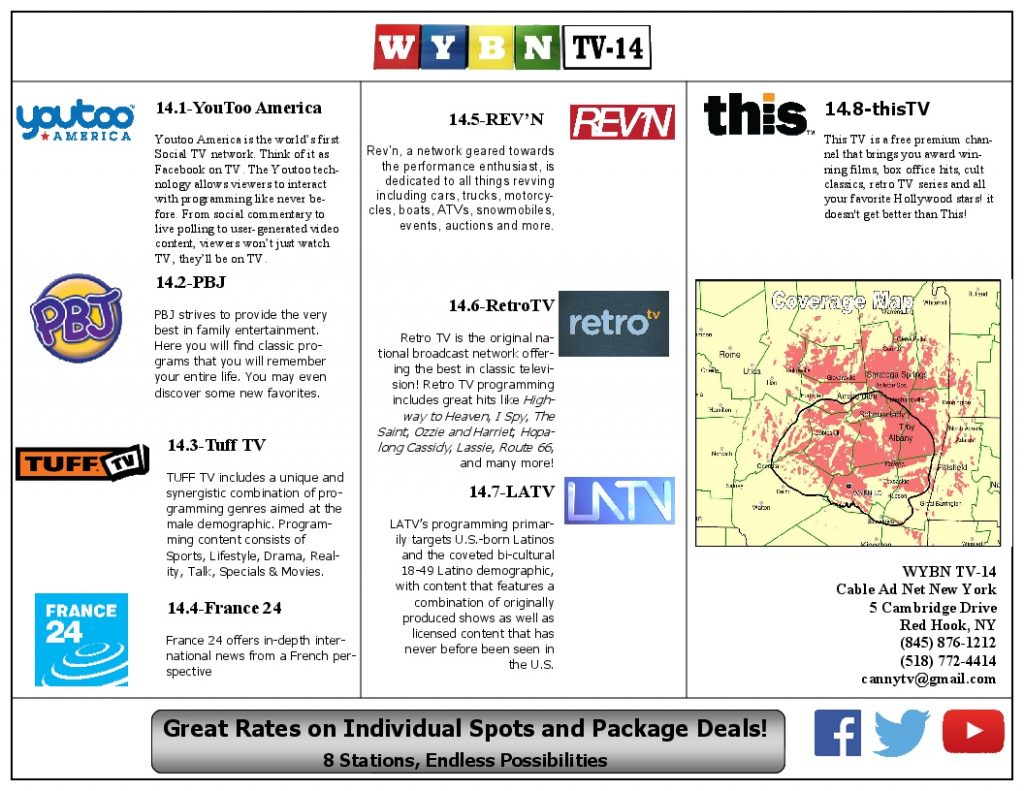 “Because we have so much inventory, we are able to charge a lot less for spots spread over eight networks.”

One category that WYBN goes after is ripe for any TV station that is in a tourist area.

“We have a hundred major festivals. We go after that aggressively from Memorial Day to Labor Day. We don’t get a big amount but the beauty is every year they keep coming back.”

He imagines that as being a big draw for viewers.

“Honey, I want to see what’s going on in the Catskills, put on WYBN.”

“Dan wants to help us promote our beautiful country town,” said Lisa Jaeger, a local Realtor with the Windham Chamber of Commerce.

“The Windham Chamber of Commerce does five events over the year. Without his generosity, we wouldn’t be able to afford this kind of exposure. It’s folks like him that make a positive difference in our small community.”

“Three years ago when you called on a client about digital, they made a noise. Now, they put most of their money in digital.”

Here are some recent TVNewsCheck articles about diginets: