In recent months, the ABC Owned Television Stations have outperformed The New York Times, The Washington Post and Buzzfeed combined in social media actions on Facebook with almost 14 million actions, according to data from audience insight firm Shareablee. “Last year, we started to notice that in aggregate, our eight owned stations had begun to […]

In recent months, the ABC Owned Television Stations have outperformed The New York Times, The Washington Post and Buzzfeed combined in social media actions on Facebook with almost 14 million actions, according to data from audience insight firm Shareablee.

“Last year, we started to notice that in aggregate, our eight owned stations had begun to outperform several national/global powerhouse digital brands on Facebook in terms of actions/engagement and impressions,” said a media spokesperson for ABC.

“The most recent news from a new batch of research shows that our eight stations are now beating some of these national brands combined.”

Added McMahon: “It’s impressive to think that what many outlets would define as traditional media or traditional businesses are doing every bit as well, if not better, than these digital first brands in digital.”

Although it has been difficult for TV stations to monetize their Facebook engagement directly, the value can be traced to increased traffic on stations’ websites.

“I don’t like to look at it as I can’t monetize my engagement,” said Stitt. “I think there is the physicality of the money transaction and then there’s what it does for the brand. I think many, many, people are starting to really figure that out. I can actually, quantitatively, start to report on what my social audience brings to the table. If someone’s going to that website and they are seeing your banner ad and they’re clicking on it, that’s probably because your social audience has driven people there.”

Stitt points out that the benefits of Facebook engagement can also help drive a younger audience to a station’s website and broadcast.

“I think a lot of them have really figured out how to get a slightly younger audience, maybe that’s 30-plus, even maybe millennials, who are really tuning in and starting to get their news via a social media channel and most likely referring back to the brand that brought it to them first.”

“We see a nice amount of our digital business is driven by folks who are discovering our content first on Facebook,” said McMahon, “and then engaging with our brands more deeply on our own platforms and so that’s obviously a key aspect of our Facebook strategy.”

“The monetization around Facebook is something that everyone is thinking about. It’s a branding and a marketing play, it’s a content and audience play and yes, it’s a monetization play.” 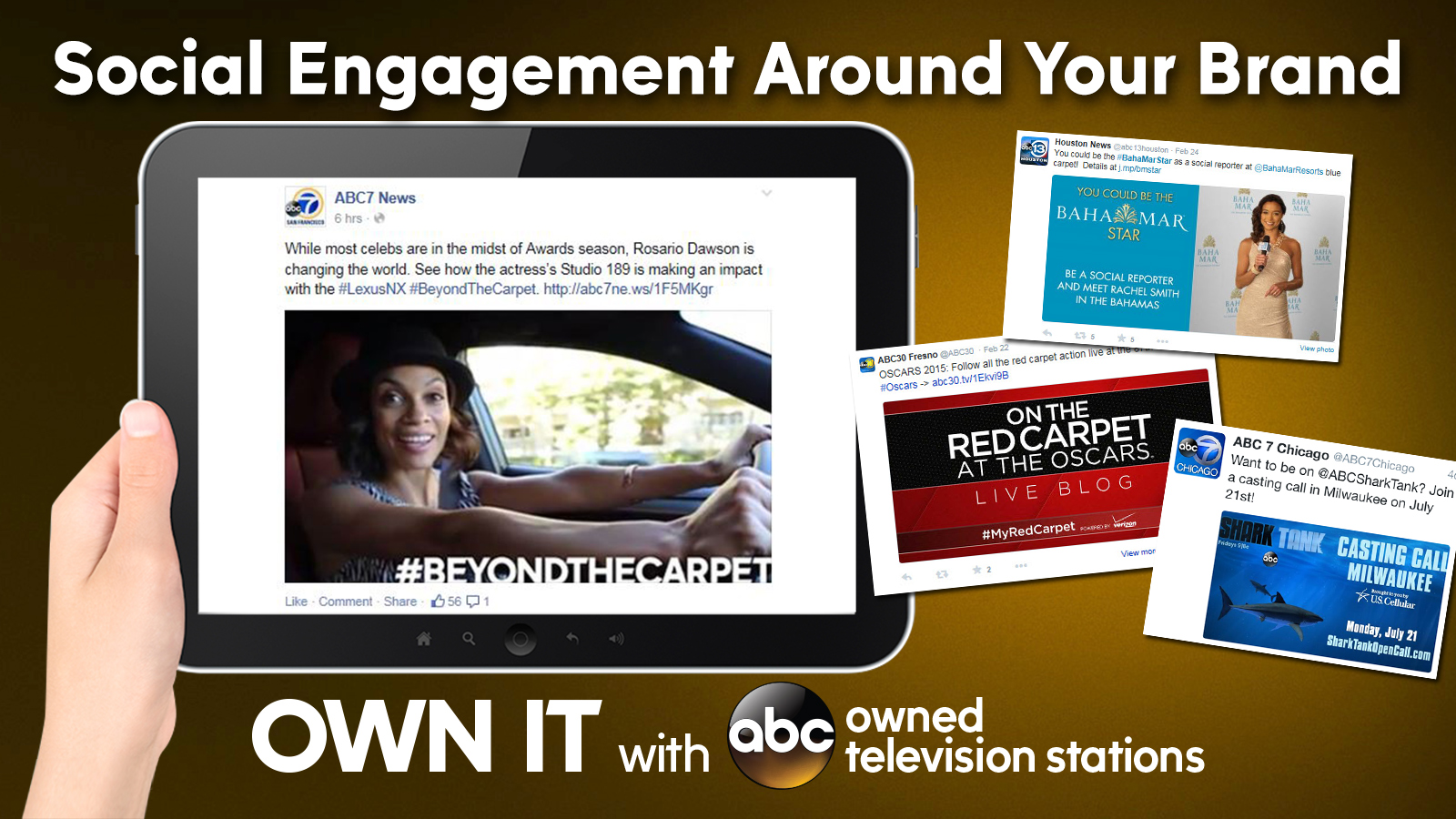 To help advertisers take advantage of the audience that the ABC-Owned stations have built up on Facebook and other social media platforms, they launched the ABC Full Circle Content Studio at the beginning of 2016.

According to the network, the ABC Full Circle Content Studio will harness the power of ABC and its full news and entertainment portfolio, including the industry’s top production teams, to create exceptional customized advertising.

“I think that’s what we found on Facebook; it has never been easier to connect with audiences.”