WTVO’s Bergstrom Stateline Quiz Bowl brings together three of my favorite subjects: schools and education; hyper-local, unique programming; and a successful local TV sales idea that’s a win for everybody involved. I wanted to be a high school English teacher, but life had other plans for me. But I still contend that what happens in […]

I wanted to be a high school English teacher, but life had other plans for me. But I still contend that what happens in schools can be part of any station’s daily news coverage.

Every station wants to — or should want to — create local programming that reflects the best of its community. The key is to make it entertaining enough that people watch, and if it recruits younger viewers, so much the better.

And it’s got to make money, be financially viable year after year. 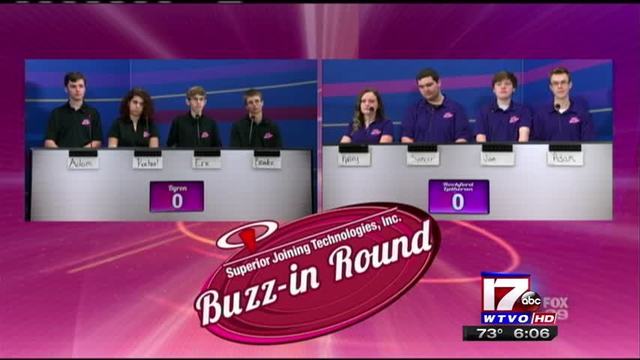 WTVO’s Bergstrom Stateline Quiz Bow scores high in all three areas. Maybe that’s why I’ve written about it several times over the past couple years.

In another, I explained why the sponsors, Bergstrom and Northern Illinois University, re-upped their support for the show over three years.

In yet another article, I explained why the show is a hit in so many areas beyond dollars and cents.

“It proves that people will still tune in to watch locally-originated programming that offers value to the viewer and business owner.”

This year, there’s a new host. Eric Wilson, WTVO’s new news anchor, is a familiar face in the Rochford area. He steps in to replace Nick Toma, who moved to another station within the Nexstar Nation to be closer to his family in the Northeast.

The official start of the season begins Oct. 22.

“The show continues to grow in scope and interest among viewers and the business community,” said Lattimer, “regardless of whether people have kids in school or not, they are watching and playing along every week. We’ve even heard people are having viewing parties.”

Here’s the opening to last year’s championship round with former host Nick Toma.