Five years ago, the job of overseeing social media didn’t exist at most TV stations. Today, it’s one of the key positions for news, marketing and sales. Social media, especially Facebook, has become a fundamental platform for stations. It has allowed viewers to participate in the electronic news gathering process. It provides a real-time connection […] 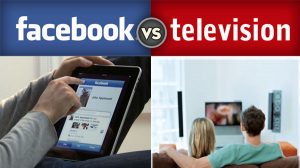 Five years ago, the job of overseeing social media didn’t exist at most TV stations. Today, it’s one of the key positions for news, marketing and sales.

It has allowed viewers to participate in the electronic news gathering process.

It provides a real-time connection to viewers, giving them a voice in how their news is covered.

It has removed the curtain that existed between the anchors, reporters, producers — even the photographers — in the newsroom and the viewers, between the editorial process and the finished product.

Who are these people who handle the daily postings on social media? What are their backgrounds? How is their success measured?

Austin Kellerman is the news director at KARK, Nexstar’s NBC affiliate in Little Rock, Ark., and considers himself to be the head of social media for the station.

“If the news director plays a key role in what we do on social media each day,” said Kellerman, “it sends a clear message on its importance in our newsroom. Social media is the fastest-growing platform for our content, so it’s a key focus of our team.”

At KARK, although there are two full-time web folks also focused on social media, Kellerman said there’s no one person responsible for social media. It’s the job of all of the 55 people in the newsroom.

This editorial post by KARK anchor Bob Clausen was viewed by more than 34,000.

But like many stations where the news department drives the stations’ social media, Facebook is seen as an extremely important marketing tool to convert users into viewers.

“I try to give pretty regular feedback. I start the discussion with what we did that morning on social media: what did we do to get viewers to flip on the TV? How did we create FOMO (Fear of Missing Out) on social media? Did we foreshadow our memorable moments on social media before they happened on TV?”

A video of some women basketball players kneeling during the National Anthem has more than 140,000 views.

Like many in local TV news, Kellerman’s background is as a broadcast news producer, not an expert on social media.

“As audiences on those platforms started to grow,” said Kellerman, “we shifted focus in that direction. We currently do quarterly training to update the newsroom on current trends, best practices for posts, and other developments or changes in the social media world.” 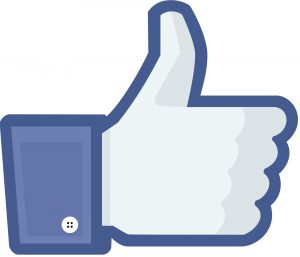 In the social media world, said Kellerman, success is measured by “likes,” “followers,” buzz and engagement. There’s no second chances.

“In TV, you get to bounce back from mistakes on the next broadcast. In the social media world, your opportunity to bounce back is immediate. We have to constantly be on our toes. It’s 24/7.”

This dashcam video of an Arkansas police chief pulled over for suspected speeding was viewed by more than 35,000.