A 110 year-old grave in a cemetery in Rochester, N.Y., became the unlikely setting for an internet sensation this past Election Day. Before it was over, millions of people from all over the world would be watching, hundreds of news outlets would be writing about it, and a digital reporter for a Rochester TV station […] 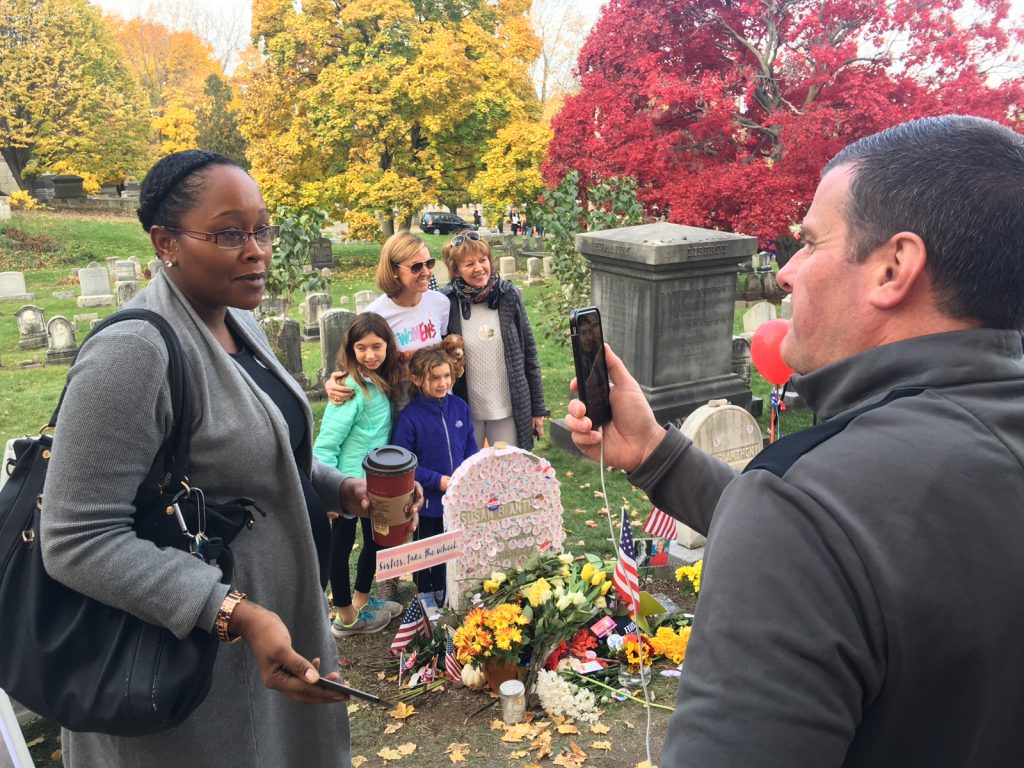 A 110 year-old grave in a cemetery in Rochester, N.Y., became the unlikely setting for an internet sensation this past Election Day.

Before it was over, millions of people from all over the world would be watching, hundreds of news outlets would be writing about it, and a digital reporter for a Rochester TV station would have a career highlight.

“The telling moment in my career will be sitting in a cemetery for 14 hours talking to the world,” said John Kucko, digital reporter at Nexstar CBS affiliate WROC. “You couldn’t make that up in a million years.”

Kucko’s career is not without notable highlights. A sports anchor at WROC for 28 years, Kucko’s covered 18 Super Bowls, becoming the go-to guy for live shots from the Super Bowl for as many as 30 Nexstar stations around the country.

Recently, he became the news anchor for WROC’s 4 p.m. news and the station’s resident digital guru. Click here to read a story about Kucko using Google Glass to cover the Super Bowl in 2014.

But according to Kucko, this tops everything. “It was unlike anything I’ve ever covered in my life.”

The story begins in the dark, before dawn on Election Day. Kucko goes to Mount Hope Cemetery in Rochester hoping to get a good sunrise photo.

“I wanted to get a poignant sunrise shot given the day it was, and then I was going to go about my business and shoot some other things around the region.” 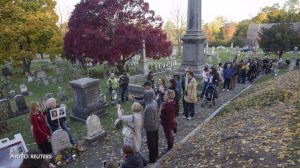 Kucko wanted a shot of the grave marker of Susan B. Anthony, the woman credited with getting women the right to vote in 1920. Anthony died in Rochester in 1906.

Putting “I Voted” stickers on the headstone of Anthony’s grave has become a tradition of sorts each election day. Usually, the number of people who come are small. 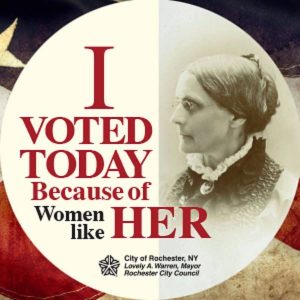 Rochester city officials had printed 3,000 special commemorative stickers to hand out to the people they anticipated would come.

But after a few minutes of watching people walk up to Anthony’s grave marker, Kucko got an idea.

“I decided to go up on Facebook Live at about 7 that morning, which traditionally is a pretty quiet time for Facebook, but I was getting some instant feedback and I’m like, this is going to take off.”

And take off it did. People just getting up in Rochester who tuned into the Facebook Live broadcast decided to join Kucko. 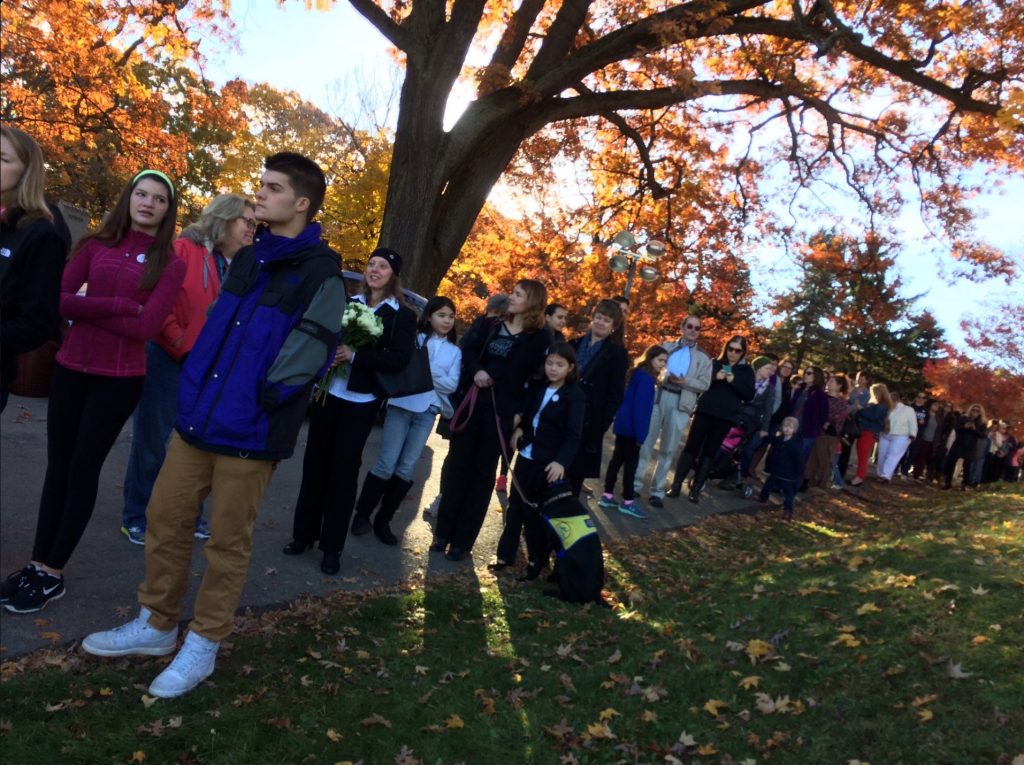 “What we were hearing as we were out there, was a lot of people were waking up and seeing it on their Facebook page. Many, many, many people, as they were approaching the headstone and saw me there, remarked that they had seen it, and wanted to be part of it.”

Kucko estimates that as many as 10,000 people came out to cemetery over the course of the 14 hours he was on Facebook Live.

“The line kept growing and growing, upwards of a two to two-and-a-half hour wait. It was an endless stream of people showing up, women, moms with their babies, husbands, men with their little boys and girls. Many people were drawn to tears as they were approaching the grave marker, putting their stickers there, grandmothers whose own mothers didn’t have the right to vote, it was an emotional moment for a lot of people showing up. This caught everybody by surprise.”

And as surprised as many were by the number of people who actually came out to the cemetery, it palled in comparison to the millions who were watching it all unfold for 14 hours on Facebook Live.

“It was growing both locally and globally, the audience was doubling, tripling in a rapid pace. It was just remarkable the reaction we got.” 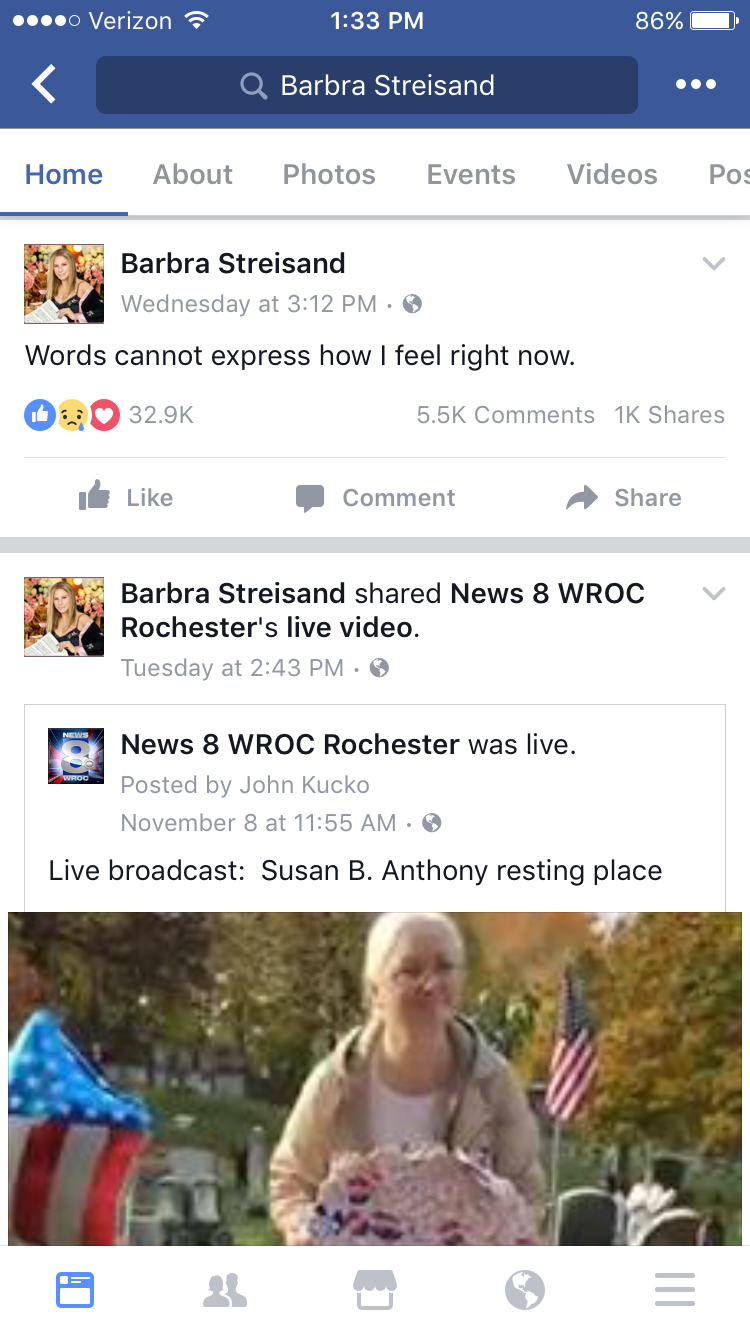 According to WROC, Kucko’s Facebook Live post reached more than 22 million people, with more than 6 million views. Almost a million people made a comment, or liked and shared the post, from every state in the union and several countries around the world, including Barbra Streisand.

And Kucko did the entire 14-hour feed alone while hand-holding his iPhone. People helped out with battery chargers and one lady from Pennsylvania had a pizza delivered to Kucko, who hadn’t eaten all day.

Of all the people who came up the grave, one or two stood out, said Kucko.

A 99 year-old woman who was a World War II pilot showed up.

“She got a golf cart ride up and with her walker and approached the grave site with her daughters, all dressed in white, which was the suffragette outfit. Her reaction was an incredible moment. We showed it live, and the live stream just blew up.”

About 45 minutes later, another WWII veteran showed up, a 101-year old military nurse.

Kucko said the whole experience and the reaction he got from people around the world demonstrated the power of social media.

“It was a telling moment for our business as far as news gathering and dissemination. We’re showing something in real time and the other stations are there gathering what they’ll show on later, regularly scheduled newscasts.”