Duane Lammers Helps Stations Get Their Share Of Retrans Dollars

All of the billions of dollars in retransmission consent fees that broadcasters receive, like found money, can be traced back to a single penny held in the hand of Duane Lammers, then COO of Nexstar Broadcasting. That was the opening sentence in the column I wrote almost exactly a year ago called, The Retrans Man, […]

All of the billions of dollars in retransmission consent fees that broadcasters receive, like found money, can be traced back to a single penny held in the hand of Duane Lammers, then COO of Nexstar Broadcasting.

That was the opening sentence in the column I wrote almost exactly a year ago called, The Retrans Man, Duane Lammers, Sets Up Shop.

It’s a fascinating story, how one penny turned into billions of dollars in retransmission consent money for broadcasters.

Lammers was the first person to negotiate cash from the cable operators for the rights to carry their broadcast signals in 2005.

Lammers says since he first started negotiating on behalf of broadcasters back then, he’s personally responsible for generating more than $1 billion in retransmission consent dollars.

“There was no playbook back then,” said Lammers.

In 2005, Lammers was COO of Nexstar Broadcasting. He was deputized by Nexstar’s CEO, Perry Sook, to be the tip of the spear against the cable operators for retransmission consent money for Nexstar.

“Perry [Sook] was the one who had the courage,” said Lammers a year ago, “and backed me 100% and I can’t thank him enough for that. I had a lot of support from Perry and the industry kind of got on the bandwagon and I’m just real proud of what’s become of it.”

What’s become of it is a revenue stream of billions of dollars for broadcasters, like found money.

“It was most definitely a game changer,” said Lammers. 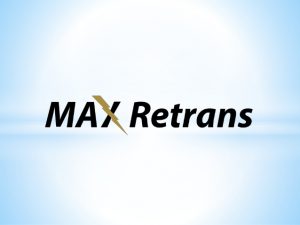 I caught up with Lammers and wanted to know how Max Retrans was doing and learn a little about the process of representing broadcast companies in their fight for cash from cable.

“My client base is kind of settled in,” said Lammers, adding that most of his clients are privately-held or family type broadcasters in large and small markets; some in single markets, and some in multiple markets. 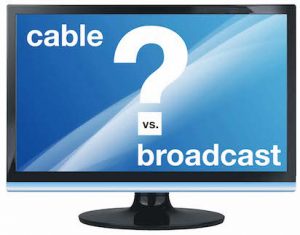 That’s a lot of overlap of cable companies, each one having to be negotiated individually.

“I mean if you get one client in a DMA, they can have anywhere from 25 to 40 MVPDs
(multiple video program distributors)  carrying their signal.”

Keeping track of 25-40 negotiations takes organization, and an attention to detail, according to Lammers.

Max Retrans keeps detailed diaries that log every contact with every MVPD to see if the negotiations are meeting the expectations of his clients. 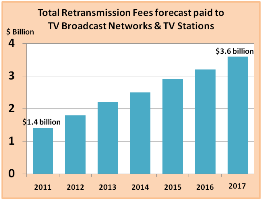 Those expectations are formulated in the introductory stage of a contact with a client.

“They want to know what you think you can get done for them. There’s a lot of thought that goes into projecting what kind of rates that I think I can get for them and so it’s all encompassing.”

The first step is to research and find all of the cable operators that carry his clients’ stations, because “they’re not really obligated to tell you they’re carrying your station,” said Lammers.

“So, a lot of value I bring is I find cable systems that are carrying stations without permission.”

There is a tremendous amount of work that goes into each station’s negotiation for retrains consent dollars: Identify all of the cable operators; send them an election letter to let them know who’s handling the negotiation; and prepare and distribute the contracts that then begins the negotiation process.

“Everybody has benefited from the work that Perry and I started back in 2005. I mean everybody has most certainly gotten to the well now,” said Lammers.

How big a cup broadcast companies can take from the well is, as Lammers said, his job.

“My job, just as the company name says, is to maximize their take.”