WVEC, Tegna’s ABC affiliate in Norfolk, Va., leads the market in social media actions by more than a million actions over its nearest competitor in the past six months according to data from audience insight firm Shareablee. WVEC posted just over 3 million total social actions in that period, more than a third (35%) of the […] 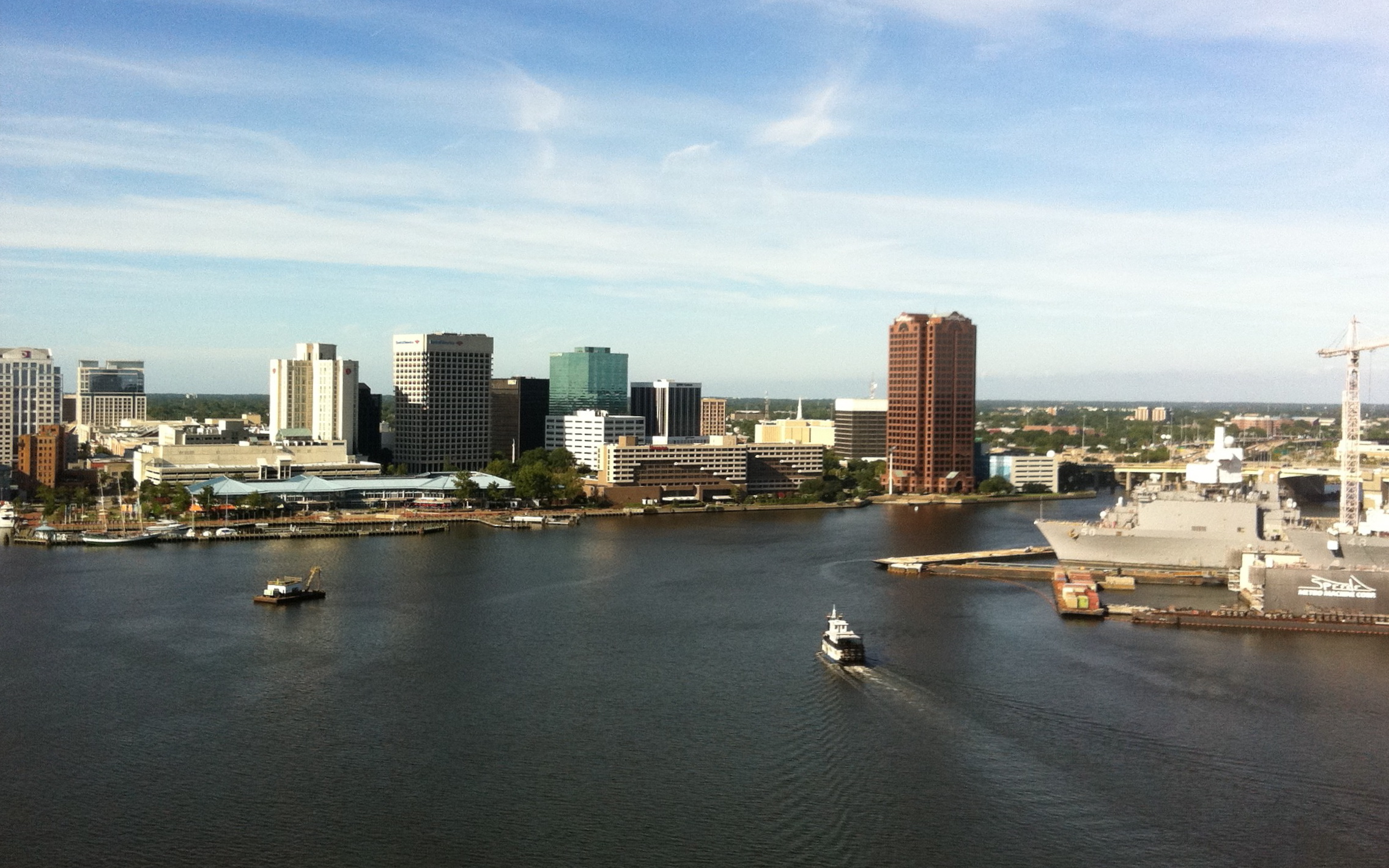 WVEC, Tegna’s ABC affiliate in Norfolk, Va., leads the market in social media actions by more than a million actions over its nearest competitor in the past six months according to data from audience insight firm Shareablee.

WVEC posted just over 3 million total social actions in that period, more than a third (35%) of the total engagement generated in the market’s total 8.8 million actions.

WVEC also led on Twitter in that period with almost 70,000 actions.

WTKR, the CBS affiliate owned by Dreamcatcher Broadcasting, came in second in social media in that same time period with just over 2 million actions.

WROX-FM, an alternative rock radio station owned by Sinclair Telecable, topped the market in actions per post with 245.

Yasmeen Freightman, WVEC’s social media manager, attributes part of the station’s success on Facebook to a strategy that implements Facebook Live streams of their newscasts “when it comes to big certain events like breaking news coverage or severe weather events. We can show them what we’re doing on TV through Facebook Live.”

Driving Facebook users to become WVEC viewers is a central part of the station’s social media strategy on Facebook.

“That does help with telling our digital audience, hey, we’re still a TV station — keep watching us,” said Freightman. “Pushing them to our site [is] where we gain revenue if they watch those videos.”

The strong military presence in Norfolk and the surrounding markets plays a major role in generating engagement from content specific to that audience.

“One of our most engaging Facebook Lives was the USS Eisenhower carrier group’s homecoming to the naval base in Norfolk,” said Freightman. 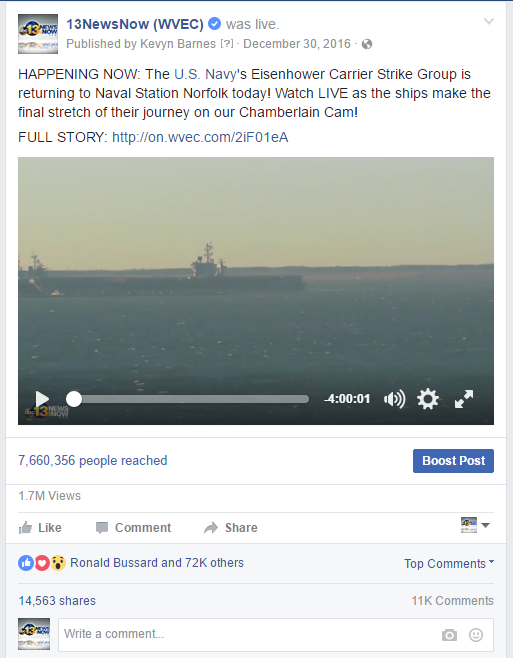 “It showed how much that mattered to our community. Listen to what your viewers want and if you give them what they want, they’ll likely keep following you and keep sharing those posts.”

And it doesn’t hurt your Facebook engagement numbers when the President of the United States shares one of your stories, like when then-President Obama shared WVEC’s story about a boy putting out drinks for his local mail carrier. 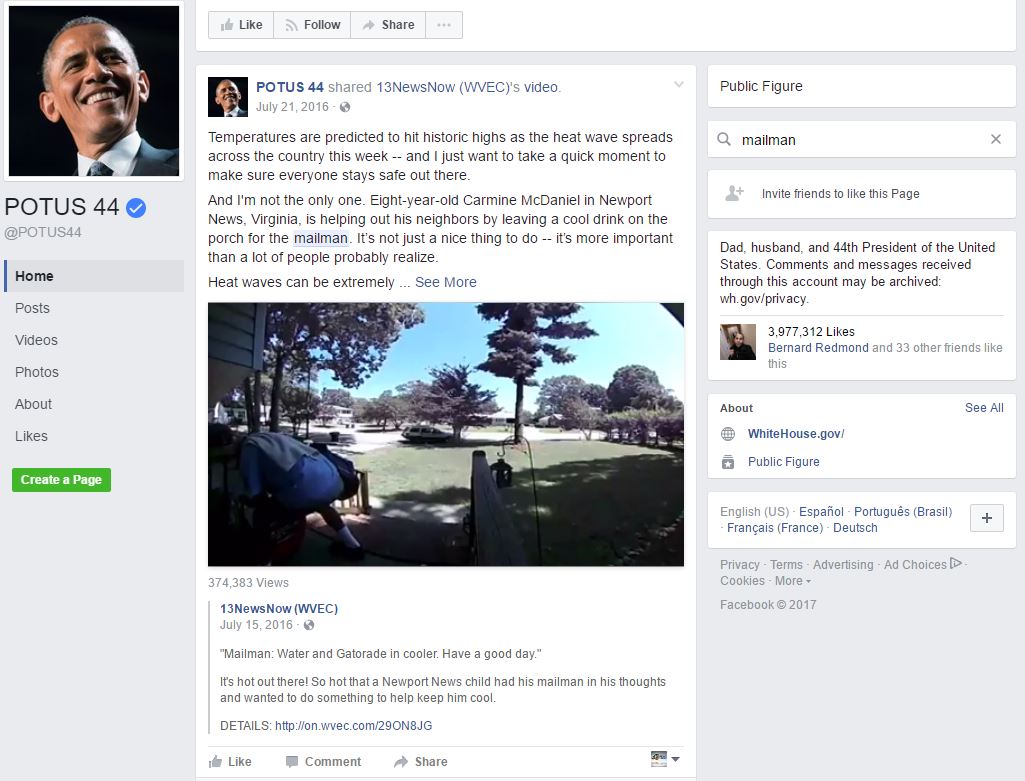 “It’s like, wow, how many people actually read this,” said Brian Farrell, WVEC’s director of content, “how many people shared this, yeah, it’s pretty amazing.”

“That’s something we work to incorporate every day in our newscasts to blend our digital and broadcast platforms together,” said Freightman.

According to Farrell, WVEC’s corporate owner Tegna, is a big supporter of the station’s digital efforts.

“We interact regularly with corporate and our digital people up there,” said Farrell. “Tegna has been phenomenal in supporting our efforts. There’s total guidance, support, and education. You ask a question, you get an answer.” 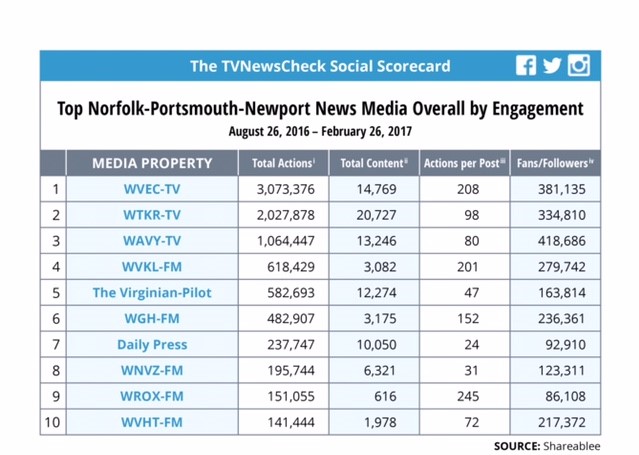