A Shining Example Of Local TV At WEAU

Andrew Felix’s account of how his station performed during and after a tornado is a testament to what local broadcasters do best, often routinely. They provide live warnings about severe weather, continue with non-stop coverage and then follow up by organizing, spearheading and promoting a fundraiser for victims. Felix is director of promotions and creative […]

Andrew Felix’s account of how his station performed during and after a tornado is a testament to what local broadcasters do best, often routinely.

They provide live warnings about severe weather, continue with non-stop coverage and then follow up by organizing, spearheading and promoting a fundraiser for victims. 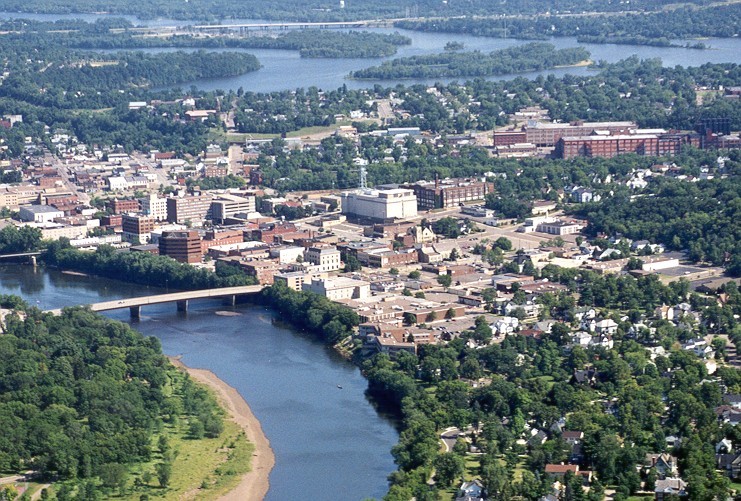 Felix sent me his clear account along with photos and videos. Here it is, almost word-for-word:

On May 16th, a tornado ripped through Northwestern Wisconsin killing one person, injuring others and causing millions in damage.

One of the biggest casualties was a trailer park that was completely destroyed leaving dozens without a place to live.

In fact, we had one viewer tell us live on TV that they saw our coverage so they took cover.

“I was watching you guys faithfully there, and you kept saying to take cover, so I did”.

We were the only station to have multiple meteorologist on-air and multiple reporters in the field that evening for team coverage.

Shortly after we saw the damage, several members of our staff wanted to do a fundraiser to help the families that became homeless.

WEAU is located about 45 miles south of the damaged area in Eau Claire. Eau Claire and the directly surrounding communities (Chippewa Falls, Altoona, Lake Hallie, Elk Mound, etc.) have a combined population of about 100,000. 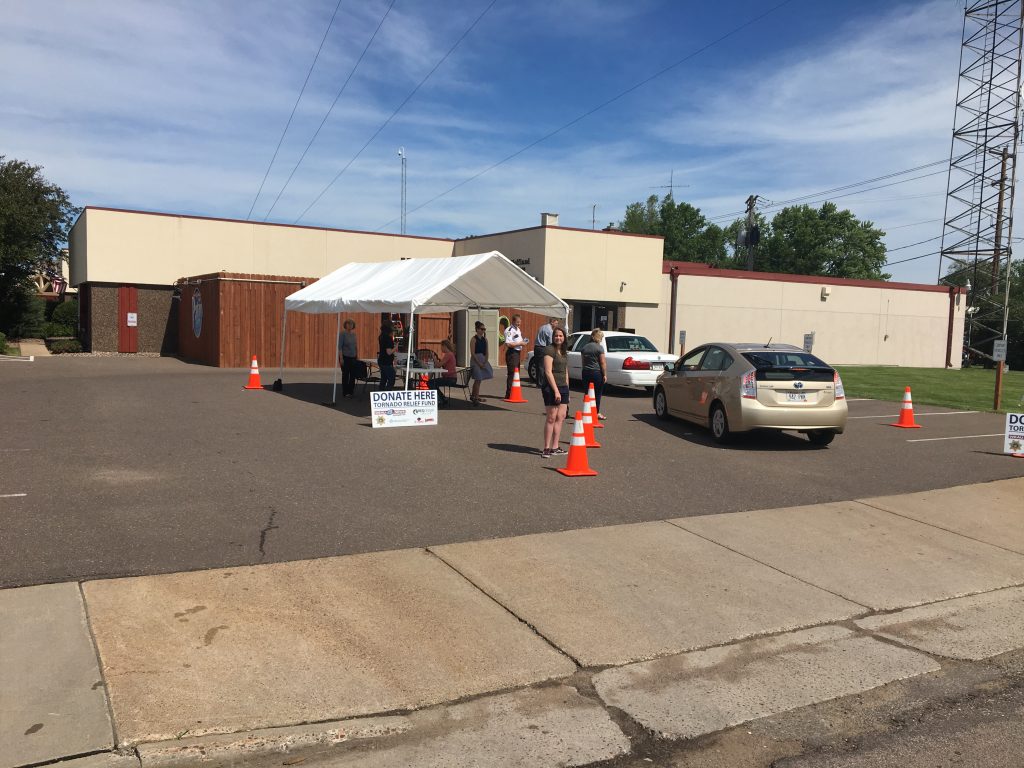 On Wednesday, June 14t, WEAU held the donation drive from 7 a.m. to 6 p.m. We created a circle in our front driveway and asked viewers to drop off cash and check donations.

The donation drive was staffed by WEAU staff, Red Cedar Church staff and volunteers, and Barron County agencies (the tornado did most of its damage in Barron County).

We received over 600 individual donations ranging from $1 to thousands of dollars. We received some larger checks from other fundraising outfits, businesses and non-profits (a few $1,000 and $2,000 donations, and one for $3,400).

During our one day fundraising effort we raised $40,250! This far exceeded anyone’s wildest dreams.

The best news is that the money raised will be part of the match and will total $80,500 in donations.

All of the funds raised will go directly to families in need to help them rebuild their lives. We could not have been more proud of our work.

The WEAU staff was eager to volunteer, the Red Cedar Church and folks from Barron County were amazing!

WEAU has organized and hosted fundraiser in the past but this is by far our most successful.

This fundraiser proved that local TV is still strong!

This was only promoted on TV with some social media and we had over 600 people of all ages show up with donations.

In 2008, we began using the slogan “Community First” and in 2015 we officially adopted it as our main station slogan.