KCNC Sits Atop Social In The Mile High City

CBS O&O KCNC Denver holds a commanding lead in social media actions over the last six months according to data from audience insight firm Shareablee. KCNC has just over 9 million actions on social, 27% of the market’s 34 million total actions in that same period. KUSA, the Tegna-owned NBC affiliate, is second with just […] 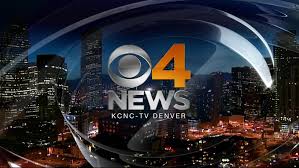 KCNC has just over 9 million actions on social, 27% of the market’s 34 million total actions in that same period. KUSA, the Tegna-owned NBC affiliate, is second with just over 6 million actions. 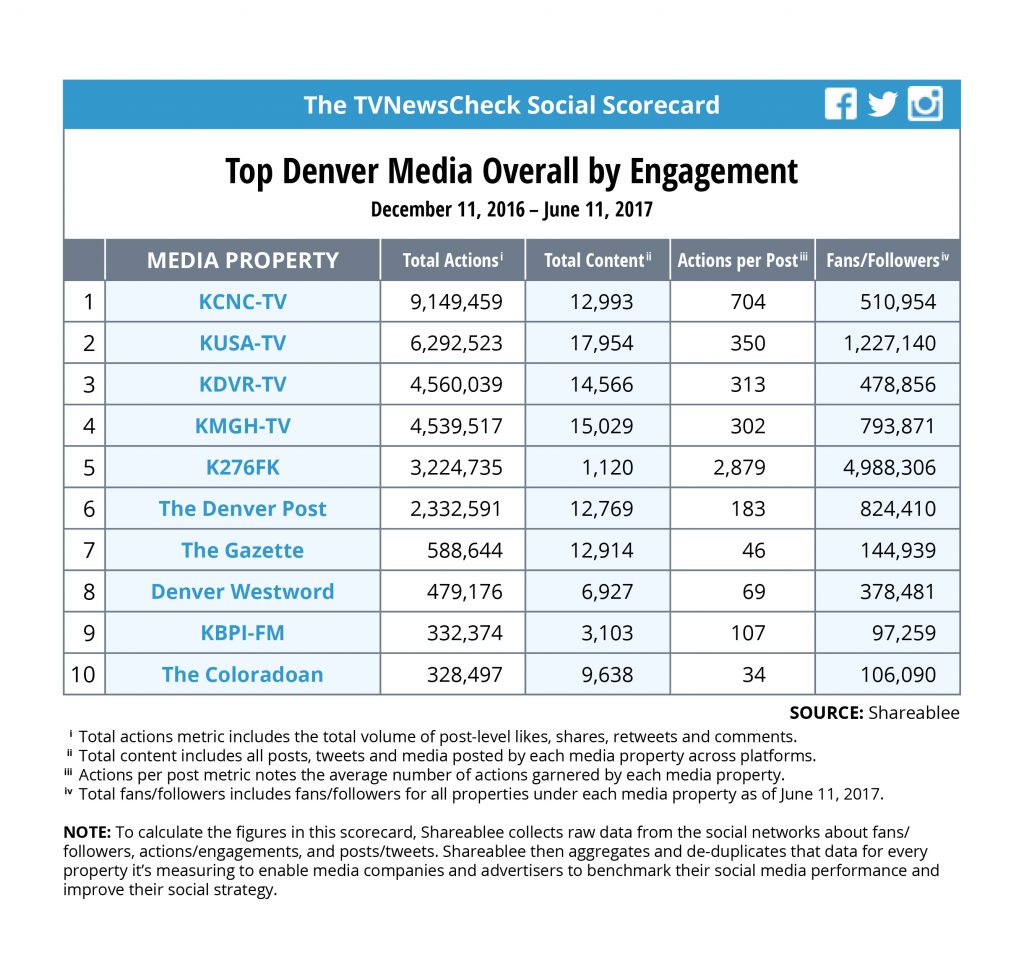 Tim Wieland, KCNC’s news director, lays the credit for KCNC’s winning performance on Facebook to an increased strategic emphasis on how it uses Facebook Live.

In particular, Wieland points to the station’s mobile weather lab that is used to chase storms all over Colorado.

“Chris Spears is the meteorologist who is in the mobile weather lab,” says Wieland, “and they will live stream their storm chasing and they get terrific engagement with it. In addition to showing the weather conditions that they’re following, Chris takes the time to read the viewer comments and questions in real-time as they’re chasing storms.”

In addition to Spears in the mobile weather lab, Wieland says KCNC’s mountain reporter, Matt Kroschel, uses Facebook Live in his reports from all over the state, whether it’s blizzards in the winter or wildfires in the summer.

“Just like Chris, he answers questions from folks so it’s not just a one way use of Facebook Live, that’s exactly how Matt and Chris use it to engage with the people, respond to their comments, answer their questions and it goes on for long periods of time.”

Whether it’s using Facebook Live for storm chasing, wildfires or even press conferences, KCNC’s focus is not just on reporting the news, but engaging and interacting, responding to comments and questions, that Wieland says provides true engagement.

“It certainly offers a level of transparency that we’ve never seen before and a level of engagement that was never really available to us before,” Wieland says.

“Everybody likes to feel like they can participate in the process and have their questions answered and Facebook and Facebook live have certainly allowed us to better engage with our audience.”

“In one case, somebody who had been evacuated from the wild fire commented on the Facebook page and then we went out and interviewed her,” Wieland says. “So we were able to find someone who was actually an evacuee talk with us through the Facebook posts.”

Editorially, what users are responding to on Facebook gives the station more insight into what viewers may want to see in the station’s newscasts.

“It absolutely can be a way to judge what is of interest to viewers. A good story explodes there and you say, boy, this is clearly one that has a lot of interest in Colorado.”

So how does Wieland view the station’s Facebook performance in the context of revenue?

A Navy vet comes to Colorado from Kansas to get medical marijuana for his PTSD. Next, Kansas takes his kids away.

“There are a couple of ways it drives our core product. A tremendous amount of traffic to CBSDenver.com now comes from Facebook. We tend to do our Facebook Live reporting around newscast times, to let those who are viewing know what is coming up in our 10 o’clock newscast that follows that Facebook Live report. My opinion is that it absolutely enhances the broadcast.”