How can you become the market leader in social media? Evonne Benedict, KING’s audience engagement manager, has one word of advice: Listen. That may sound like an obvious suggestion, but here she describes how KING, and all Tegna stations, have turned listening into a science that has led them to rule social media and give […] 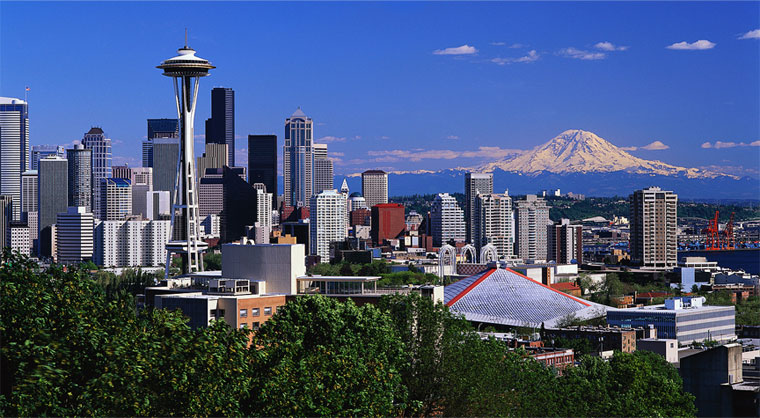 How can you become the market leader in social media?

That may sound like an obvious suggestion, but here she describes how KING, and all Tegna stations, have turned listening into a science that has led them to rule social media and give their audience just the kind of news coverage they want.

KING, Tegna’s Seattle’s NBC affiliate, is the king in social media actions among TV stations in the market over the last six months according to data from audience insight firm Shareablee.

(KJR-FM, owned by iHeartMedia, and broadcasting a 1980s format, is the market leader among all media outlets but chose not to comment for Social Scorecard).

KING has more than 13 million actions on social, 21% of the total engagement generated by the DMA, with more than 18 million social actions.

KING led all TV stations in the market with 518 actions per post. 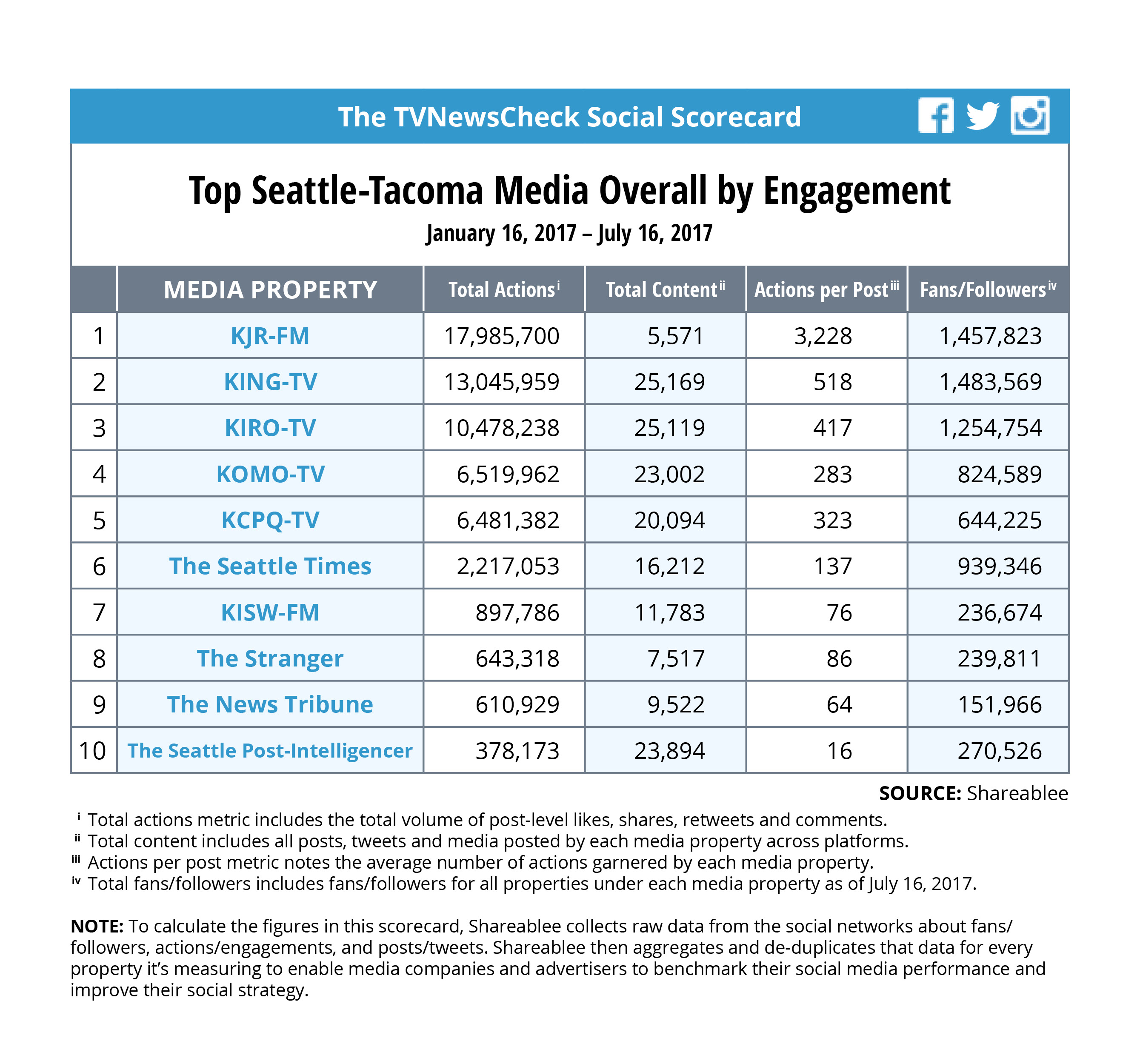 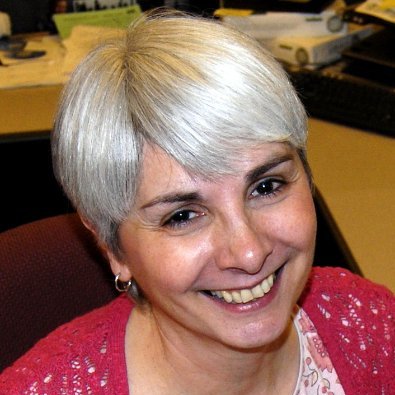 “Take a look at my title. The first word in my title is audience and I did that purposefully because I want everyone to remember every single day what we need to focus on.”

But listening is not just a KING agenda, says Benedict, but a priority at every Tegna station.

“Throughout Tegna we are very, very committed to being audience first on all of our screens. We make it a priority to help our journalists understand how we need to partner with our audience and one of the best ways for us to do that is to listen to them. So we have trained in every one of our stations, best practices for listening to our audience, understanding the news and information that is important to them.”

And while you may believe that all media outlets are paying attention to the comments of their Facebook followers, KING, and apparently all the Tegna stations, have raised listening to a science.

“Social and digital metrics are pretty robust and show us what people are responding to in real time,” Benedict says. “So if you’re a publisher who just posts on Facebook and then walks away, you’re not doing your audience any favor. It’s a conversation and any good conversationalist listens more than they speak. So we train everyone here how to listen and how to interact with our audience, not just set it and forget it.”

And the science o

f listening, says Benedict, can extend to the Facebook pages of your competitors. Benedict points to a story about a serious car crash with fatalities that happened in another Tegna market where Benedict happened to be doing training.

“We started looking at Facebook comments on another media property’s page and someone had commented, I was there, I went to the person in the car, I stayed with them, I tried to comfort them until the medics arrived. Well, the other media property wasn’t listening, but we were.”

The station then contacted that person whose eyewitness account became news.

Listening intensively to your audience, says Benedict, often leads to better content on KING’s and other Tegna screens as well.

“We ask our audience to help us cover a certain event with their own photos and videos, then we share their great content on air and on line and on social. It’s part of a partnership with our audience. It’s how we get our stories that mean something to people, that engage them, that resonate with them.”

Reaching out, asking questions, and listening to KING’s audience sometimes begins before the station embarks on a community-wide agenda, like disaster preparedness.

“We have started talking with our audience on digital and social. Have you prepared and how have you, and have you talked to your family, do you have a plan? And so we use that, their feedback on air, and we do it all the time on many different stories and topics.”

When disaster hits, will you be ready to survive for days – or even weeks – on your own? Here's how you can prepare NOW. #AreYouPrepared 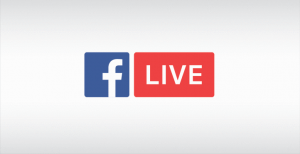 KING uses Facebook Live to continue conversations with its users that may have started in its newscasts, another method KING has found to listen to its audience.

“If we have a guest on our 4 o’clock show, we often will say to the guests, can you stay and do a Facebook Live with our audience? That’s moving that whole audience partnership up a level.”

“I am going to go back to the days where a bunch of people sat in a room to decide what stories we were going to tell with no input at all from the audience. We didn’t have these tools, right? We have these amazing tools that really help us know the stories that are really going to mean something to our audience. It’s time well spent.”

For Benedict, listening to the audience is not just her job, it’s her professional responsibility.

“I have to tell you I have embraced it wholeheartedly. The noblest profession is when you can serve the public. There’s nothing more satisfying than knowing that what you have made your mission you can actually accomplish with their help.”