TV station creative services directors and their staffs often must act like an in-house ad agency when it comes to selling the merits of their meteorologists and overall weather coverage. Competitively, the situation is different in every market as to the strengths of one station’s weather department versus another’s. So if your competitor has the […] 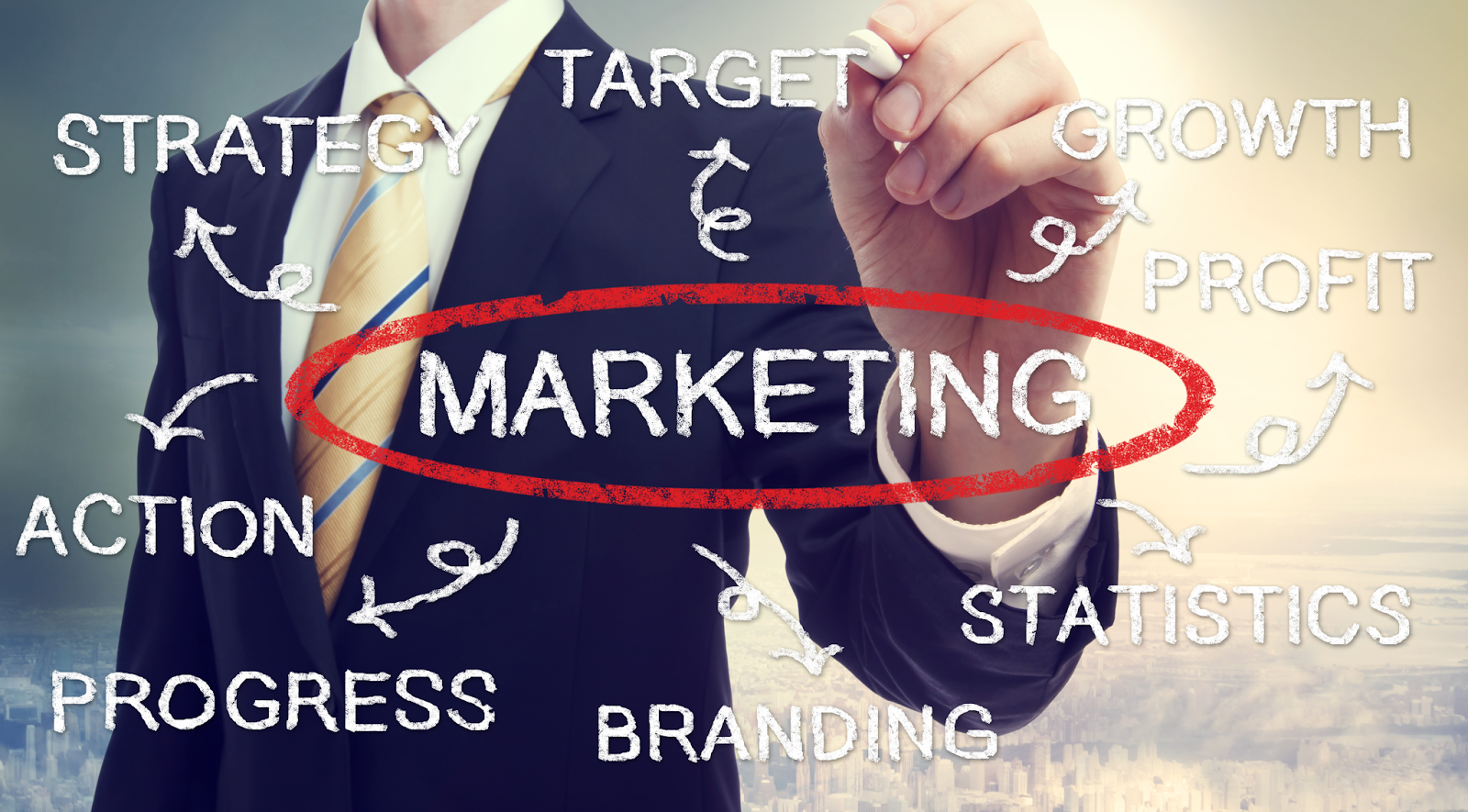 TV station creative services directors and their staffs often must act like an in-house ad agency when it comes to selling the merits of their meteorologists and overall weather coverage.

Competitively, the situation is different in every market as to the strengths of one station’s weather department versus another’s.

So if your competitor has the most experienced meteorologists in town, and has marketed that position successfully, you can’t own it.

So maybe your option is to find another position that you can own, one that is unspoken, subtle and not so serious.

Norfolk, Va., is a beach town. So Emily Mowers, the director of marketing at WVEC, Tegna’s ABC affiliate, thought convertibles, sunglasses and some cool music.

“I have never gotten more emails or phone calls about a set of promos! These spots really have our market buzzing — about the make/model of the cars, the music, the talent — it’s been on fire for us!  We aired these starting on Memorial Day and they will run until Labor Day.”

“The goal was to showcase our talent calm, cool, collected and enjoying summer just like everyone else in a beach town.  Relatable talent, out of the studio, actually in the weather.  We are the certified most-accurate team and that makes us the cool ones.”

It can be pretty cold in Saint Joseph, Mo. But how do you brand your winter weather when the market’s in the midst of an unusual warm weather pattern? Talk to the chief meteorologist.

“In the middle of what is normally our coldest time of the year, I went to our chief meteorologist and asked him his opinion on how we should brand our next winter weather image. He said, ‘What winter? Our next six days are going to be record highs and T-shirt weather. Nobody should be inside watching us.’ ”

“So in a slightly sarcastic way, I decided our next weather promo was going to send the message that it’s so nice outside our own chief meteorologist isn’t even watching us.’

“That promo only aired for those six warm days. At the time of making it, we just wanted to make light of the unusual weather situation and have fun with it. It ended up being one of the most successful promos we’ve ever put out. It was risky because we were literally telling people to stop watching us for a minute to enjoy the weather. Our goal was to be simple and honest, hoping it would resonate well enough for people to choose us as their weather source to be simple and honest when weather isn’t so nice.”

Sometimes, marketing your meteorologist can be as easy as a song and dance.

Pete Barrett, currently the production manager at Nexstar’s WCIA, the CBS affiliate in Champaign, Ill., recalls a promo from his days working in Cincinnati.

“When I was promo director at WKRC Channel 12 in Cincinnati, we were a dismal No. 3 after our dominant anchor team had left for greener pastures. We had a great deal of latitude to try things in an effort to get people’s attention. This spot for our then-new meteorologist Tim Hedrick launched him into the position of market leader in weather for 20-plus years.”

In some video production notes, Barrett wrote “my sister Mary wrote the lyrics and she did the three voices in a recording studio in Chicago. We hired three Cincy actresses, a Jet Ranger helicopter and a film crew with a door-mounted Steadicam.”

Some meteorologists’ forecasts are so accurate, you could set your watch to them.

In this clever and effective spot for weatherman Irv Gikofsky, known as Mr. G., WPIX, Tribune’s CW affiliate in New York, used Mr. G’s passion for running to make a point about his accuracy.

“New York’s Very Own Mr. G, has been a fixture of New York media for over 30 years,” said Dave McDonald, WPIX’s manager of on-air promotions.

“On both TV and radio, Mr. G’s iconic style and expertise has endeared him to our area’s audience. When it comes to weather forecasting, timing is everything, and nobody knows this better than Mr. G., who happens to be an avid runner.”

“Mr. G. has a language all his own, filled with a treasure trove of weather sayings that fans love to use themselves,” said McDonald.

“We took Mr. G. to the heart of Brooklyn where we gave his fans the chance show off their delivery of their favorite weather trademark sayings. Both spots proved to be effective on both on-air and on our digital platforms, increasing brand awareness and driving tune-in especially our 5 p.m. news — currently up 300% year to year.”

Facebook has become a fixture in the way local TV meteorologists interact with viewers.

Bryan Hughes is a meteorologist at WOWK, Nexstar’s CBS affiliate in Charleston-Huntington, W.Va.

“I wanted to show you how we’re using our StormTracker 13 Facebook Page at WOWK, a stand-alone page from our news product. First of all, we are the No. 1 local weather Facebook page in the country. Our page has 232,000 likes and we generally run around 250,000 followers. All of this is 100% organic, we have never boosted any post … ever. This has all been driven by our personalities and insanity. Our engagement, in very active weather, will run higher than AccuWeather and Weather Nation with relative ease.” 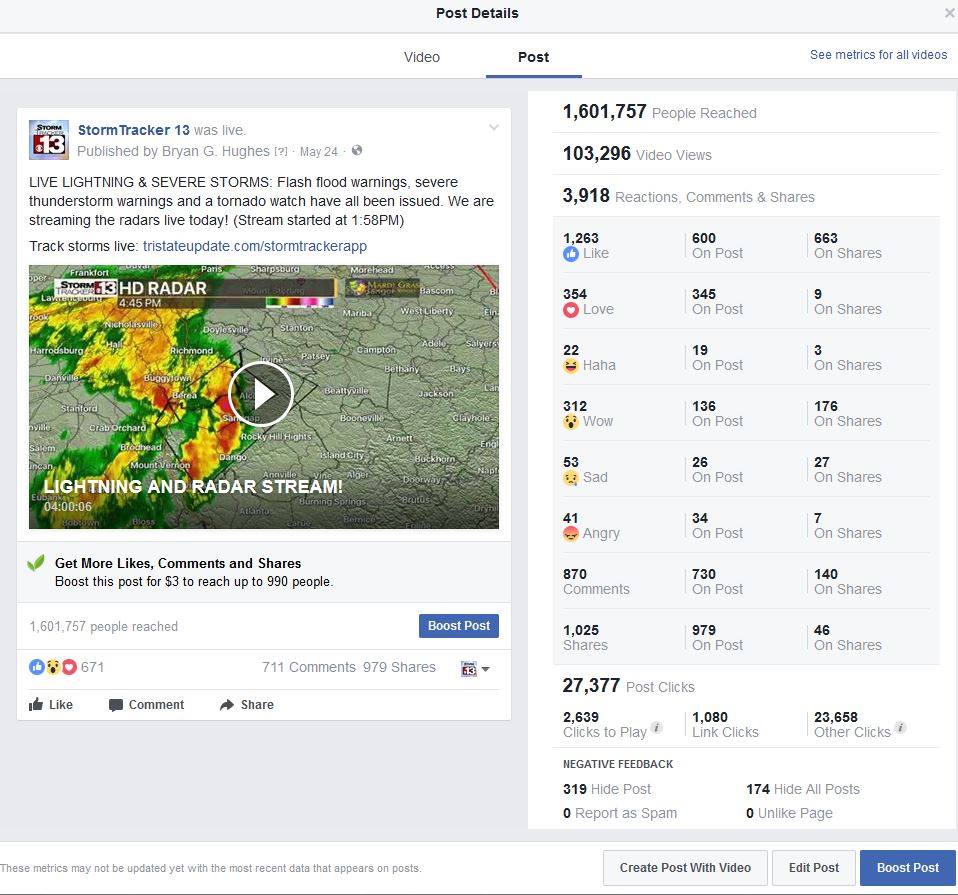 When the weather gets severe, in winter or summer, you might to turn to the most experienced meteorologist in town. In Boston, at WCVB, Hearst’s ABC affiliate, that would be Harvey Leonard.

“Behind Harvey, we have a large staff of Boston’s best-known, most-experienced meteorologists. While we use every occasion to remind viewers about the trusted, experienced people driving our weather coverage, we also make sure they know how hard they work around-the-clock during severe weather.  My hope is that someone watching our spots knows an entire team of trusted, experienced meteorologists are working really hard to keep viewers on top of severe weather — and that information is available across all our platforms.”