WPRI, Nexstar’s CBS affiliate in Providence, R.I., is ahead in social media actions in the market over the last six months according to data from audience insight firm Shareablee. WPRI has almost 780,000 actions on social, 25% of the total engagement generated by the DMA (No. 52), with more than 3.1 million social actions. WPRI […] 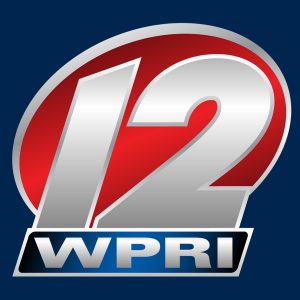 WPRI, Nexstar’s CBS affiliate in Providence, R.I., is ahead in social media actions in the market over the last six months according to data from audience insight firm Shareablee.

WPRI was also first on Instagram with almost 6,500 actions.

WJAR, Sinclair’s NBC affiliate, led the market on Twitter with almost 18,000 actions in the same time period, while WPRO-FM, (92 Pro FM), a top-40 outlet owned by Cumulus Media, was first in actions per post with 503. 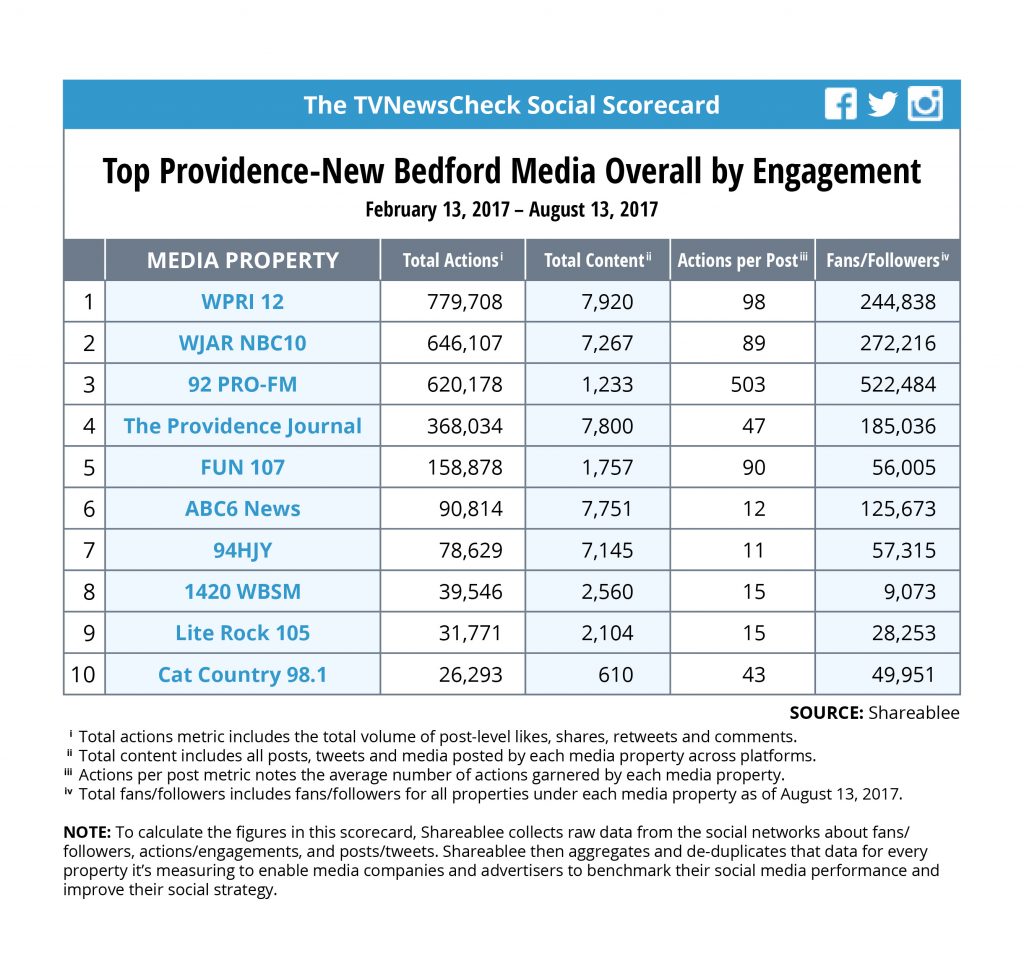 Lee Dooley, WPRI’s digital director, thinks part of the station’s success on Facebook is that it serves its audience with quality content wherever they are.

“We don’t treat social vastly different from the way we treat the rest of our content. Whether it’s news content or station information, community information, we just aim to serve the audience.”

Susan Tracy-Durant, WPRI’s creative services director, agrees. “It’s about reaching out to them wherever they are and whenever they need us. People here in Southern New England really care about local news and local events and I think it’s about building a relationship on a daily basis.”

One of the core principals at WPRI when it comes to Facebook is variety.

“We stress post variety,” says Dooley. “We think that is part of the reason we have a successful Facebook following and engagement. It’s very manual, and post variety is what makes it come across as genuine.”

Dooley says having their talent use Facebook Live works well because they come across as real, even if it’s from home.

“It was a snow day, and our meteorologist was home with her kids. She just gave a really well-rounded Facebook Live that got crazy engagement, and that same day we destroyed our competition on air.”

“We had one in May, with our consumer unit,” says Durant, to take questions from users about consumer complaints. “We brought in somebody from the Attorney General’s office to take those complaints and talk about some of the most common things people are experiencing. That really had a good interaction with viewers, something they need, something they want.”

Keeping in mind the specific user or viewer benefit is stressed at WPRI regardless of platform. “Not just more, but specifically what’s different,” says Dooley.

“On Facebook, it’s important to engage with us because we are going to be discussing it on Facebook Live tonight or we are going to field your comments and we are going to provide a forum where you can talk to other people in your community. So we just explain what is on the various platforms and on TV. Eventually you’re serving all audiences on all screens.”

While serving all audiences on all screens is great for the station’s brand, the television screen is where the revenue is generated, so Dooley in news and Durant in marketing, work closely to take advantage of those opportunities when a story or topic is of high interest on Facebook to encourage watching it within the newscasts.

When that happens, Durant’s department takes over to give the story a little more production value.

“We do, as a team, look at stories that do work and [decide] how to leverage them so that they can point to newscasts. Susan’s group does a great job with that,” Dooley says.

“When it’s effective, which most of the time they are, they do get high engagement. There’s no playbook on any of it so you are learning as you go.”