Taking advantage of planned events, helicopter views and Facebook Live segments are just some of the reasons KTVI says it’s been able to stop on top of Facebook actions in a tight race among TV stations in St. Louis. KTVI, the market’s Fox affiliate owned by Tribune, is ahead in the market in a competitive […] 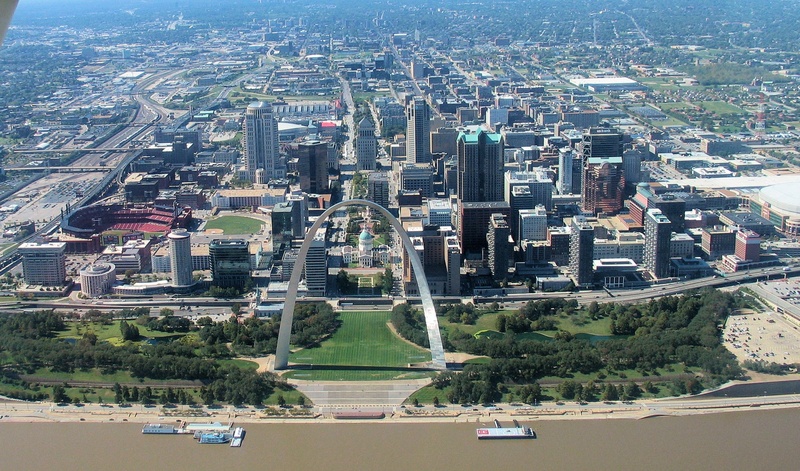 Taking advantage of planned events, helicopter views and Facebook Live segments are just some of the reasons KTVI says it’s been able to stop on top of Facebook actions in a tight race among TV stations in St. Louis.

KTVI, the market’s Fox affiliate owned by Tribune, is ahead in the market in a competitive three-way race between TV stations in social media actions over the last six months according to data from audience insight firm Shareablee.

KTVI is way ahead on Instagram with more than 162,000 actions, holds a slight lead on Twitter with almost 93,000 actions and leads on actions per post with 410. 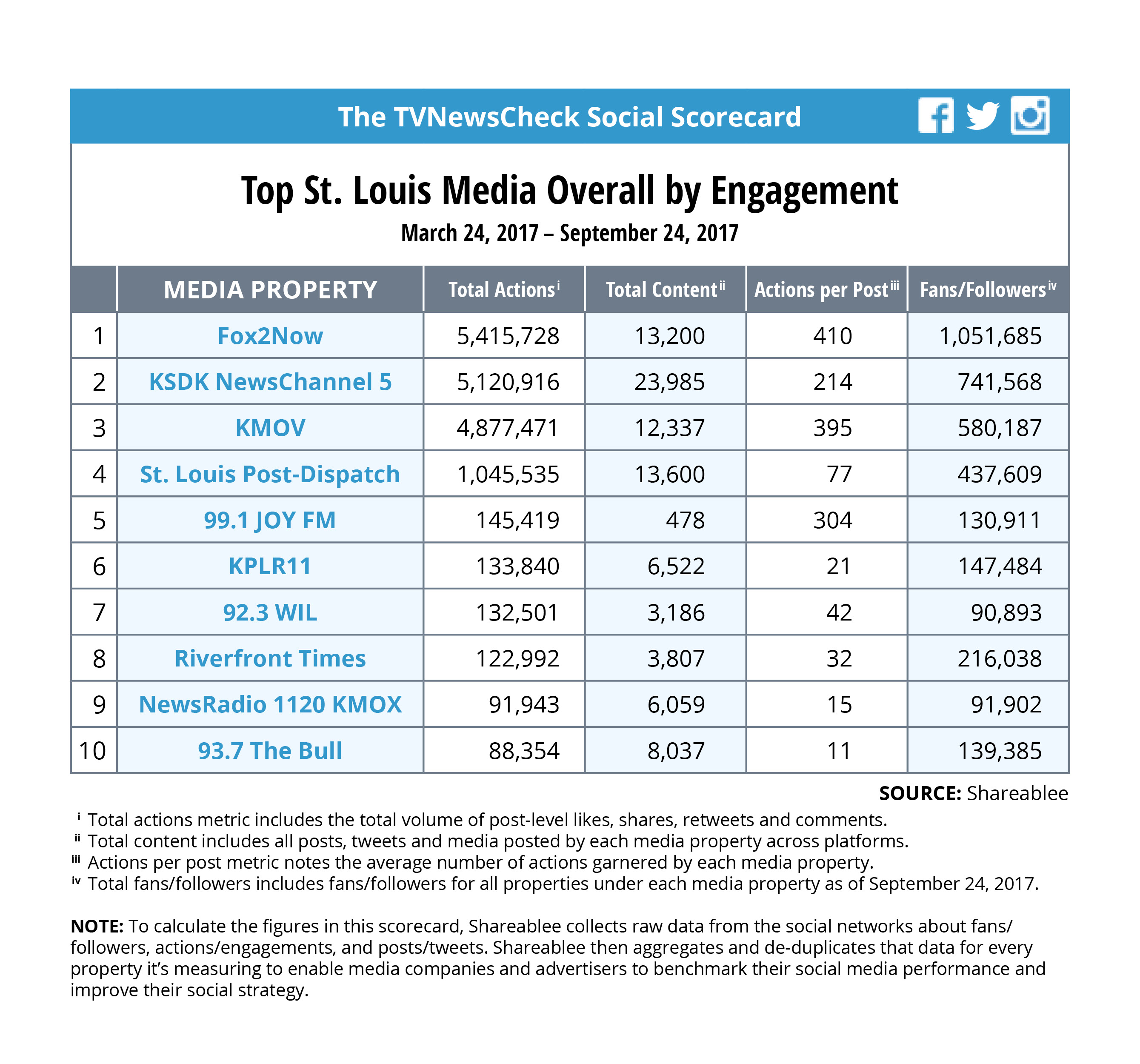 So how is KTVI able to stay on top in a competitive market like St. Louis?

Being prepared for big events like the recent eclipse, for starters, say Joe Millitzer, KTVI’s executive producer of interactive content.

“We showed our viewers a path of where they could see the eclipse. It’s with the video map and it shows the exact path of the eclipse. It had a reach of 13 million people. Yeah, it’s really big.”

High school football games are other planned events that the station uses to showcase its neighborhoods and have some fun, says Audrey Prywitch, KTVI’s news director.

“During football season, with our Pep Zone, we are at high schools every Friday morning celebrating not only the communities, but the schools and the players in the high schools. That seems to have resonated.”

And something as simple as giving users a tour of the zoo by one of your most popular news anchors can be an engaging Facebook post.

Sometimes, giving users a view that allows them to see the scope of a breaking news story, even without any commentary, works effectively.

“We have a helicopter,” says Millitzer, “and we can take our Facebook Live from the helicopter and that does really well during breaking news.”

Certainly, it’s the station’s use of Facebook Live that has resulted in some of the its biggest stories, on both Facebook and then in the news.

“Chris Higgins was broadcasting live on Facebook from the camera on the vehicle he was driving,” says Millitzer. “He was stopped because he knew that some bad weather was ahead. What he stumbled on was a tornado had just crossed the road through an auto salvage yard and lifted the cars up. There were people and cars scattered everywhere. He ended up going out to rescue people. It was pretty crazy.”

Go to the 28-minute mark for tornado.

Sometimes, a Facebook Live of a breaking news event becomes so compelling that it warrants coverage on the television news, like what happened when Elliot Davis was outside a St. Louis prison on a hot day.

“We always talk about TV flipping to digital, well this was a case where digital needed to flip to TV,” says Prywitch. “We saw him Facebook Living and we are like, oh my God, we need to cover this story on TV.”

“It was a story where Elliot was standing outside of the jailhouse,” says Millitzer. “You could hear the inmates screaming from inside, “help us, help us, help us”, and the reason they were screaming was because they didn’t have air conditioning. It went wild. It just went super viral. We noticed it in the newsroom and then we turned around and did a report on it. Then the mayor got involved and they now ordered air conditioners and the conditions at that workhouse have gotten a lot better.”