Harvey’s winds have blown themselves out, and the flood waters he left behind have receded. CNN and The Weather Channel are long since gone. Schools are just now reopening and the millions of dollars donated from high-profile concerts and countless less visible means across the country are nowhere to be seen. What remains are thousands […] 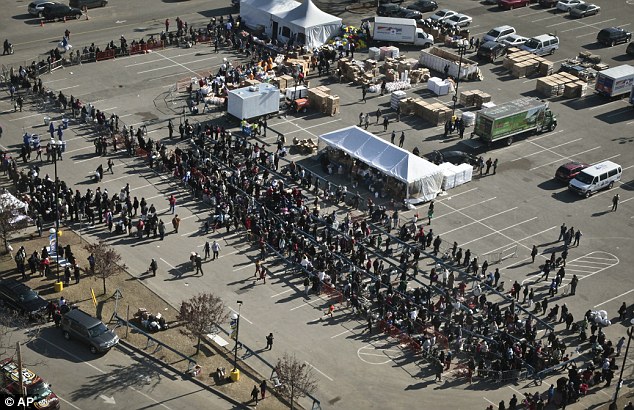 Harvey’s winds have blown themselves out, and the flood waters he left behind have receded.

CNN and The Weather Channel are long since gone.

Schools are just now reopening and the millions of dollars donated from high-profile concerts and countless less visible means across the country are nowhere to be seen.

What remains are thousands of residents mired in red tape, trying to get help from government agencies like FEMA and/or other institutions like the Red Cross.

Jessica Savage, an investigative reporter for KRIS, the NBC affiliate in Corpus Christi, Texas, owned by Cordillera Communications, says FEMA and the Red Cross have had a strong presence in the area since Harvey hit.

Yet, residents are exasperated.

“They’re caught in this government red tape, that’s the frustration we’re hearing. Navigation through the government bureaucracy is difficult for a lot of people,” says Savage.

And even though the response time from FEMA may take only days, “the reasons are really vague,” says Savage, for those denied benefits.

“They don’t understand why they were denied benefits.”

How many of those who apply for benefits have been turned down?

“When we ask FEMA for the number of people who’ve been denied, that’s when we hit a brick wall. They would not release that information. So we have no idea how many are affected by the FEMA denials.”

Savage says the station has filed a public information request for that data.

These are the stories local TV stations like KRIS, and many others in areas hit by Harvey are reporting on now.

KRIS is one of the TV stations I follow on Facebook and when Jessica’s story popped up, I wanted to see what other stories the station was covering related to Harvey’s aftermath.

If your station is aggressively focusing your news assets to cover stories that are helping hurricane victims in your area cut through the red tape, to find the right agencies, to give your viewers specific information about what’s available for their recovery, I’d like to write about it.

NOTE: Readers of a certain age may see Jessica Savage’s name and think of Jessica Savitch, a local and network news anchor who died in a car accident in Pennsylvania in 1983.

I asked Savage if anyone else comments on the similarities.

“People remember her because she was one of the first female news anchors,” said Savage.

Savitch was hired at KHOU, the CBS affiliate in Houston, as the station’s first female reporter. A few months later, she became a weekend anchor, the first female news anchor in the South.

Savitch moved on to KYW in 1972, then the NBC affiliate in Philadelphia.

“Before she went to Philly, she was in Houston,” said Savage. “When I lived in East Texas, people thought I was her.”

Here’s an interview with Savitch from NBC News. There’s an annoying watermark across the video, sorry.