WPIX, Tribune’s CW affiliate in New York City, gave $10,000 to a school for supplies and technology, items the school cannot afford and feel would make a difference in the lives of its students. Thorne Middle School in Port Monmouth, N.J., was named the winner in the WPIX annual Fuel My School initiative. “We have […] 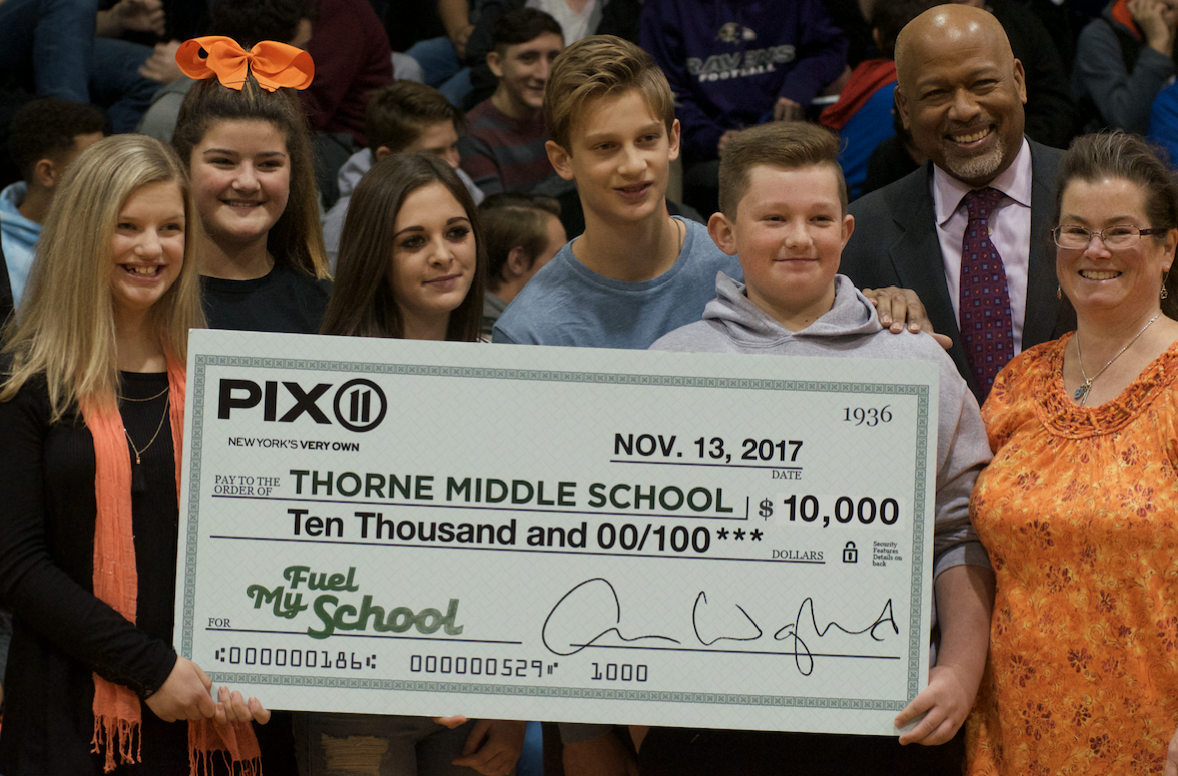 WPIX, Tribune’s CW affiliate in New York City, gave $10,000 to a school for supplies and technology, items the school cannot afford and feel would make a difference in the lives of its students.

Thorne Middle School in Port Monmouth, N.J., was named the winner in the WPIX annual Fuel My School initiative. 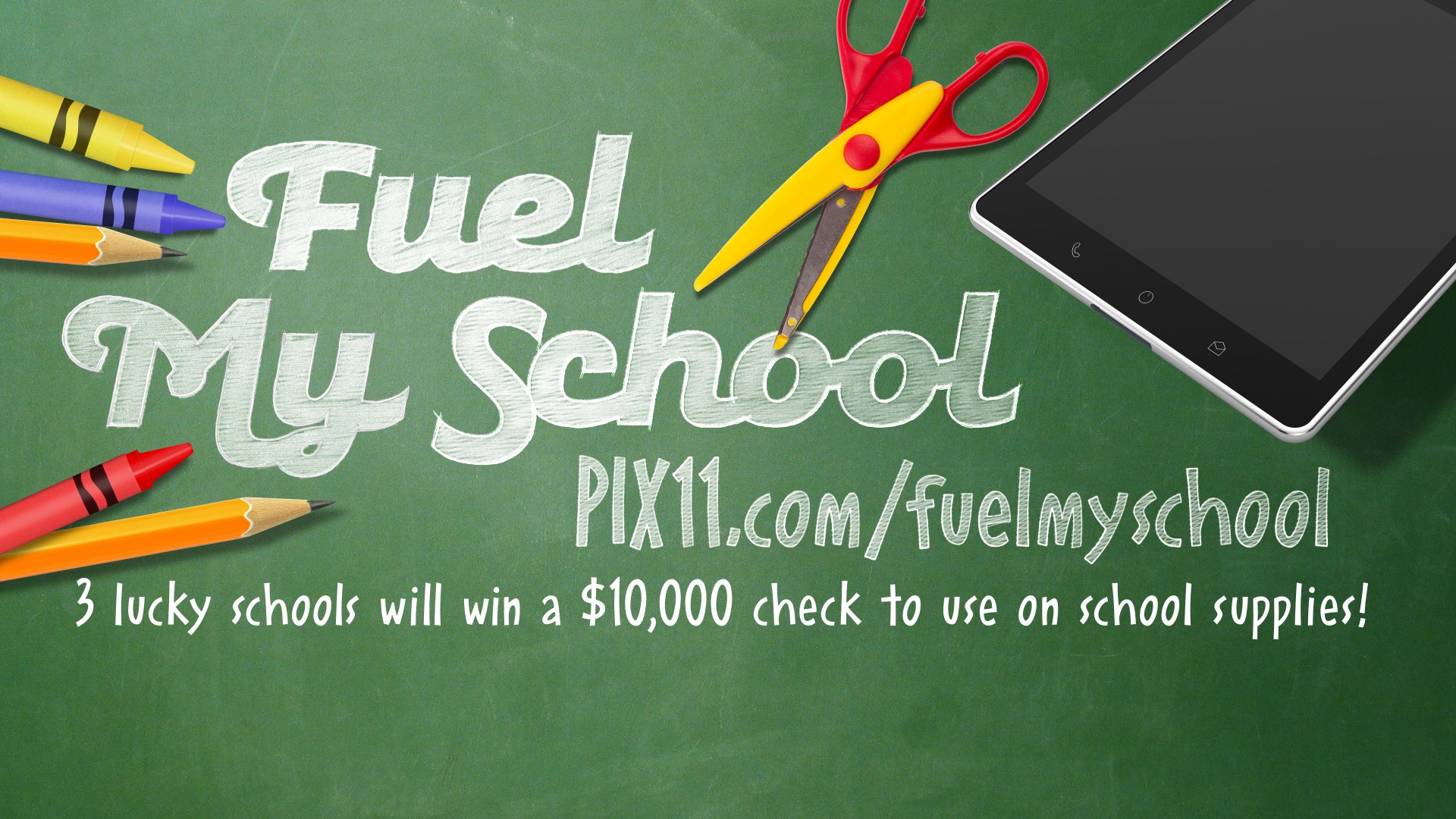 “We have outstanding students who volunteer to befriend our students with special needs and do special projects together. But our school is a Title I school, which means we meet the federal numbers of students in a low-income bracket,” writes Kristyn Corace, a special education teacher at the school.

Teachers in the U.S. spend an average of $500 of their own money on school supplies per year.

“I would love to see the money go to start the school year off right by providing students with the basic necessities that we take for granted.”

WPIX’s anchor Craig Treadway made the announcement to students and teachers gathered in the school’s gym live on WPIX’s morning news. 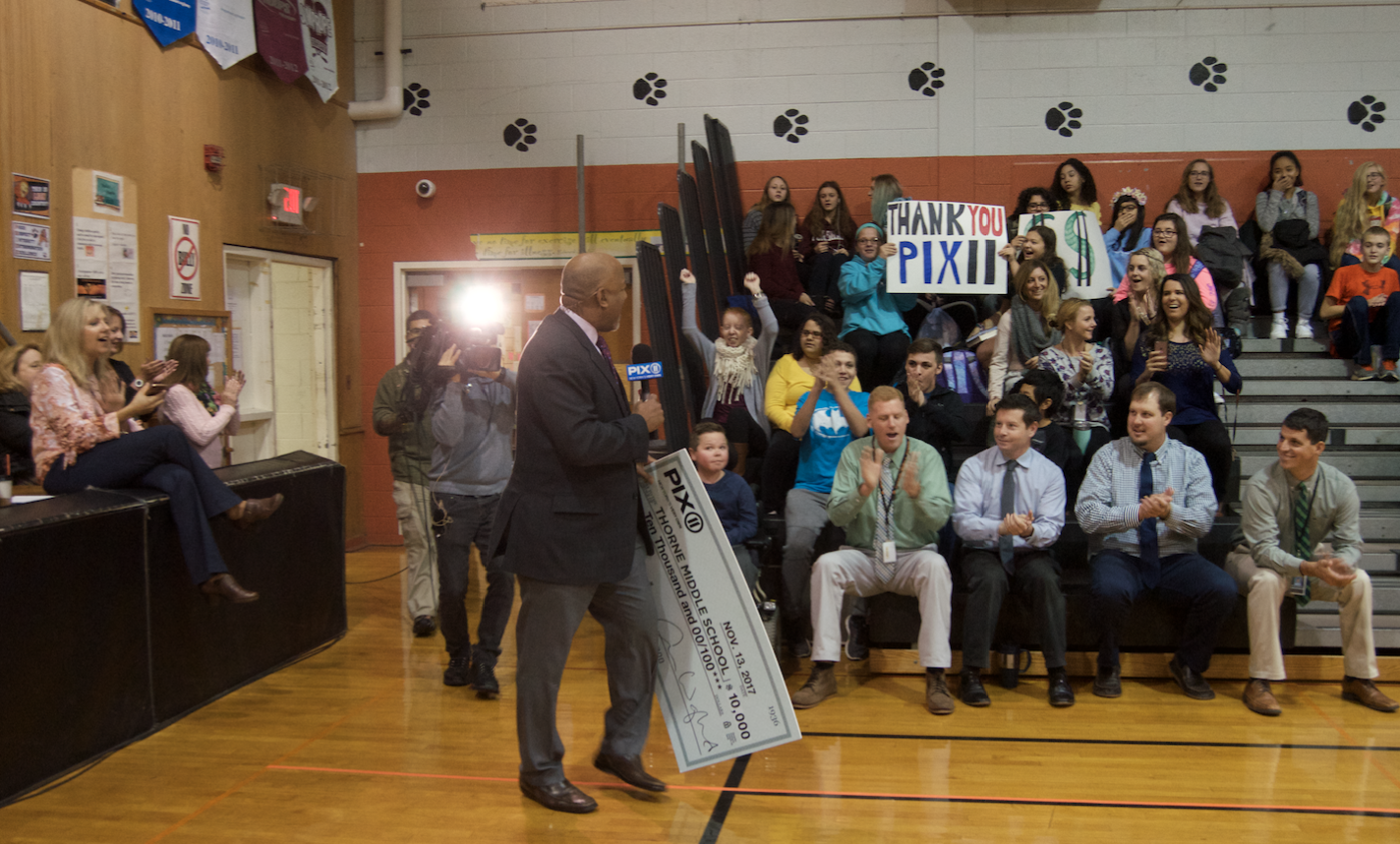 Elementary, middle school and high school students, teachers and parents from public schools in the five boroughs of New York City, Westchester County, Long Island and all of New Jersey were invited to submit an essay explaining how their school makes a difference.

Next, WPIX will be making a financial donation to help a high school achieve its academic goals through urgently needed classroom supplies.

NOTE: I went to college intending to be a high school English teacher. But as I was trying to find a teaching job, life intervened.

I have a lasting, loving respect for teachers and education. So whenever a story about a TV station connecting with schools comes across my desk, I share it.

When I worked at WINK, the CBS affiliate in Ft. Myers, Fla., the station had an ongoing initiative with three big counties in the market called the Golden Apple Awards, that honored a few teachers every year.

How were the teachers informed that they had won?

A small group, including a WINK news photographer, would burst into the teacher’s classroom right in the middle of class, and surprise them with a Golden Apple, all choreographed carefully and quietly through the principal.

You talk about emotional!

WINK had several other school-related programs as well.

I have advocated all my career for TV stations to get involved with schools. What could be more important in the daily lives of your viewers and their kids than education and schools?

You know, like: eat, sleep, work, go to school. Repeat.