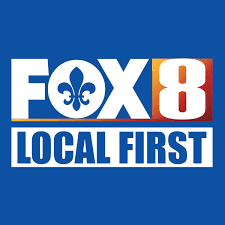 Blaine Strawn, WVUE’s marketing director, explained in an email why he thinks the station’s performing well.

WVUE sticks to doing what they do best and it pays off once again. The success is centered around a two-tiered approach.

No tricks, no sleight of hand, no typical consultant driven ratings grabbing gimmicks. It may seem too simple to believe, but the results speak for themselves. Great content marketed effectively creates viewers.

First off, the news department produces compelling and meaningful special reports every week night of the book for both the 9 and 10 p.m. newscasts. At the heart of all of this content is true journalism.

Enterprise stories, reporters and producers doing the research and finding those special stories that impact our viewers everyday lives.

Standing at the top, FOX 8’s Chief Investigative reporter, Lee Zurik, who continues to find corruption any many areas of state and local governments.

In November, Zurik brought the findings of a seven-month investigation into the Louisiana State Police to light. The story outlines alleged abuse of State Police detail program that made one trooper the highest paid police official in the state, at all levels of government.

The investigation was so impactful, the State Police scrambled to change their policy after Zurik’s interview with the department’s superintendent and before the story aired.

The marketing department uses two avenues to bang the drum, our on-air signal and social media.

To get the attention of viewers who are not watching on a daily basis, we strategically place Facebook ads and paid social media videos to target those users in key demos.

SHOCKING: One Louisiana officer makes more than the vice president of the United States. But, how? Is it legal? Are other officers doing the same thing? >> Bit.ly/Fx8nov17You'll be shocked to see what Lee Zurik FOX 8 finds in his 7-month investigation. TONIGHT at 10pm.

SHOCKING: Lee Zurik FOX 8 INVESTIGATES:How are some police officers doubling their salary using a loophole at the expense of taxpayers? What our surveillance found is shocking >> Bit.ly/Fx8nov17TONIGHT at 10pm.