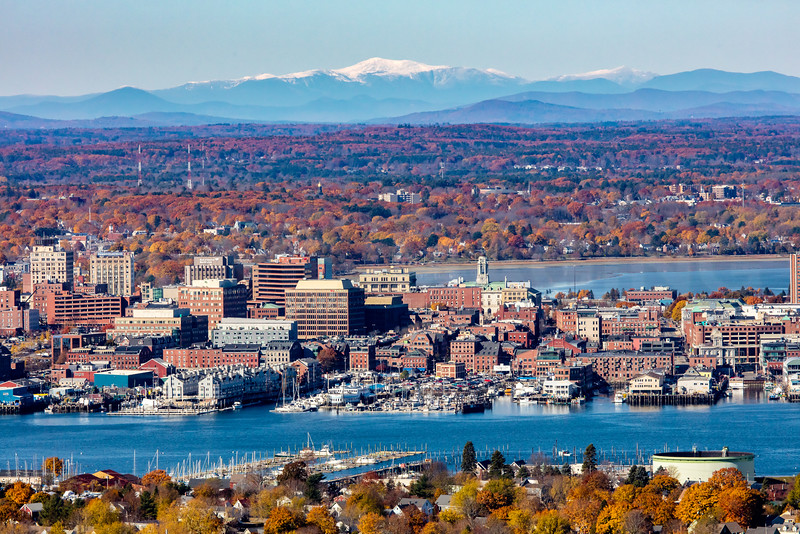 WMTW, Hearst’s ABC affiliate in Portland, Maine, holds a slight lead in social media actions in the market over the last six months according to data from audience insight firm Shareablee.

WMTW has more than 2 million actions on social, 26% of the total engagement generated by the DMA (No. 79), with more than 6.5 million social actions.

WCSH, Portland’s NBC affiliate owned by Tegna, led the market on Twitter with almost 29,000 actions. WCSH also led the market in actions per post with 195.

WHTP-FM, owned by Mainestream Media licensed to Kennebunkport, Maine, and broadcasting a Rhythmic Top 40 format, led the market on Instagram with more than 50,000 actions during the same period. 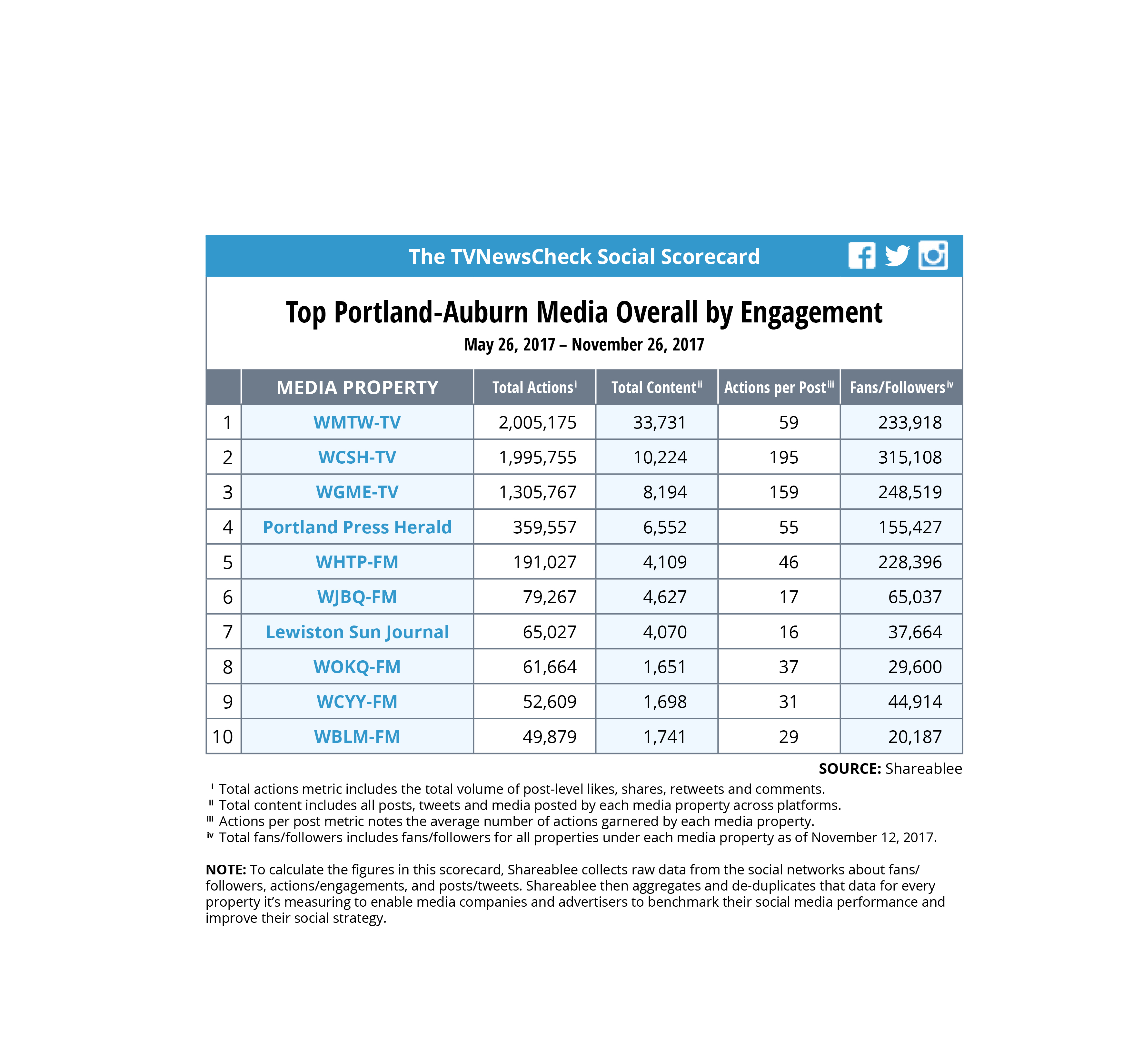 Amy Beveridge, WMTW’s news director, says the station’s use of Facebook Live during breaking news and severe weather is one reason why the station led the market.

In October, a major wind storm knocked out power to half a million homes and businesses in the area, so the station turned to Facebook Live.

During the height of the storm,” says Craig Smith, WMTW’s digital media manager, “to be able to utilize Facebook Live to present the most up to date information really helped out a lot of people who had lost power. They couldn’t watch TV, all they had was their smartphone, so Facebook Live is certainly a powerful tool.”

Politics and state government also got lots of engagement via Facebook Live for WMTW.

A budget impasse that threatened to shut down the state was the subject of several successful Facebook Lives by the station’s political reporter, Paul Merrill. The station passed along questions and comments from users to Merrill during his interviews.

“Our political reporter was obviously there covering it almost 24/7,” says Beveridge, “and he did exclusive interviews on Facebook Live with the power players. Some of those were pretty successful.”

But one of the station’s most successful Facebook Lives, a funeral procession, had no audio at all.

“We had a Marine from Maine who was killed in a helicopter crash,” says Beveridge, “and we had a Facebook Live of his casket coming off of the plane to begin the convoy up to Maine. There wasn’t even any audio to it. It was just something that people just wanted to watch and it really touched people.”

Facebook Live, says Beveridge, can be used as a tool to heighten interest and drive viewers to the station’s newscasts, like the series the station did on opioid addiction.

“Just a couple hours prior to that, we did our own Facebook Live with an in-studio interview with people who worked in the recovery community. They can be really useful to promote to that special.”

Both Beveridge and Smith say WMTW’s connection to the community helps drive its successful Facebook strategy.

“I think of the boy who had cancer,” says Beveridge, “and his last wish was to get Christmas cards from as many people as possible. That story really, really took off.”

“Even people across the country were seeing his story and reacting to it in a positive way,” says Smith.

Facebook stories like that are where “you can really touch people in a real heart-warming way,” he says.

Beveridge says uplifting stories about people in the community on Facebook is transforming how her station covers the news on broadcast.

“Before Facebook, you didn’t see as much of those sorts of stories in a newscast, and now you will. Take that story, for example, we were able to really advance it by picking up the popularity of it on social media then advancing it through the newscast.”

While Beveridge admits the station’s makes little money from Facebook, the platform is a vital part of WMTW’s marketing.

“An interactive promotional tool that gives people stories they care about, that’s invaluable. So it might not be a money amount that’s attached to it, but the word of mouth that comes from it is so important.”