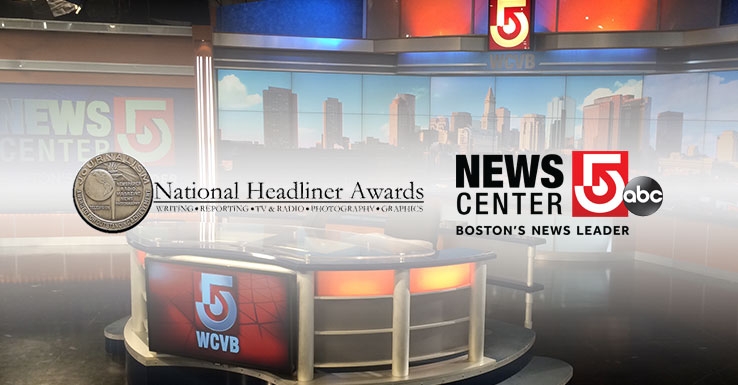 WCVB, Hearst’s ABC affiliate in Boston, earned three 2019 National Headliner Awards for outstanding journalism, including first place for best newscast in the nation, which the station has won five of the past six years.

The National Headliner Awards, presented by the Press Club of Atlantic City, is one of the oldest and largest annual award contests in the country recognizing journalistic merit across the communications industry.

In the late afternoon of Sept. 13, WCVB received reports of an explosion in the city of Lawrence. The newsroom then determined there were several explosions and at least a dozen homes on fire in three communities in the Merrimack Valley. WCVB immediately responded sending every available reporter and photographer to the area while our anchor team and producers compiled information in the newsroom and led non-stop, live coverage that lasted more than seven hours.

As a result of the massive abuse of overtime pay within the Massachusetts State Police uncovered by WCVB’s investigative team, 5 Investigates, there have been multiple indictments, arrests, and guilty pleas. To date, dozens of respected members of the State Police have been suspended, ten have been criminally charged, and the investigations by federal and state prosecutors are continuing.

Last April, a young Yarmouth Police officer was gunned down while serving a warrant on a suspect who had more than 120 criminal charges and dozens of convictions. The officer was a beloved K-9 officer and community member who was also helping to combat the opioid crisis in his community.