There are 14 different regions of winners, along with links to the examples, in the small and large television markets. I invite you to take a look, chose the region, the size market, the station and watch the examples. 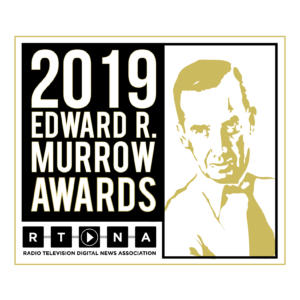 In the past, I have written about TV regional winners, and embedded their examples, as I think their work represents the best local TV journalism in the nation.

I do so because I hope and believe that local TV news operations are interested in improving their craft, and one way to do that is to see what the Radio Television Digital News Association, which has been honoring outstanding achievements in electronic journalism since 1971, has selected as 2019’s winners.

That’s good enough for me.

There are 14 different regions of winners, along with links to the examples, in the small and large television markets. Of course, there are also radio winners in the regionals as well.

I invite you to go to the RTDNA website that lists them all, and take a look, chose the region, the size market, the station and watch the examples.

Here are just a couple of Murrow winners picked at random: