WBFF receives awards across consumer, investigative, public service and feature categories. “We are incredibly proud of our talented roster of journalists who are dedicated to uncovering and elevating important issues in their communities and keeping our viewers informed,” said Scott Livingston, Sinclair’s senior vice president of news.

The National Headliner Awards program, founded by the Press Club of Atlantic City, is one of the oldest and largest annual contests recognizing journalistic merit in the communications industry.

“These awards are a tremendous honor, and a true reflection of our commitment to servicing communities with in-depth news and watchdog reporting that hold public officials accountable,” said Scott Livingston, Sinclair’s senior vice president of news.

WBFF Project Baltimore won for its continued push to access public records in a lawsuit against the Baltimore City Public School System. In March 2019, the judge ultimately ruled in Sinclair’s favor in a case regarding grade-fixing allegations exposed by the Project Baltimore team in 2017.

This seven-month investigation by Project Baltimore exposed how state regulators provide little to no oversight of church-exempt schools once they are approved. The team uncovered a taxpayer-funded Baltimore school, which offers a high school diploma in just two hours.

Project Baltimore put a spotlight on the struggles of Hagerstown, Md., a blue-collar town of about 40,000 people at the center of a devastating opioid epidemic and home to the state’s poorest school. The segment not only brought awareness to the town’s public health crisis, but the students living in poverty at Salem Avenue Elementary.

WBFF followed Baltimore artist Amy Berbert through all four seasons in 2017 as she made it her personal mission to photograph every Baltimore City homicide scene from 2016 one year later.

Third Place, Consumer Reporting
Blind and Behind the Wheel 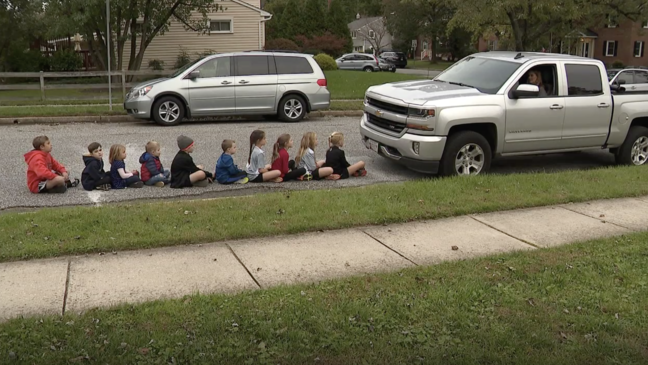 While much has been reported about the dangers of running over children while backing up in a car, very little attention has been given to front over accidents. This story from the WBFF Fox 45 News team highlights the blind spots in front of a driver that could put small children at risk.

Click here to watch Blind and Behind the Wheel.