Eau Claire, Wis., about 90 miles east of Minneapolis, broke the record for the most snowfall in February with 53 inches. Andrew Felix, promotion and creative services director at Gray’s WEAU, the NBC affiliate there, saw it as a marketing opportunity. 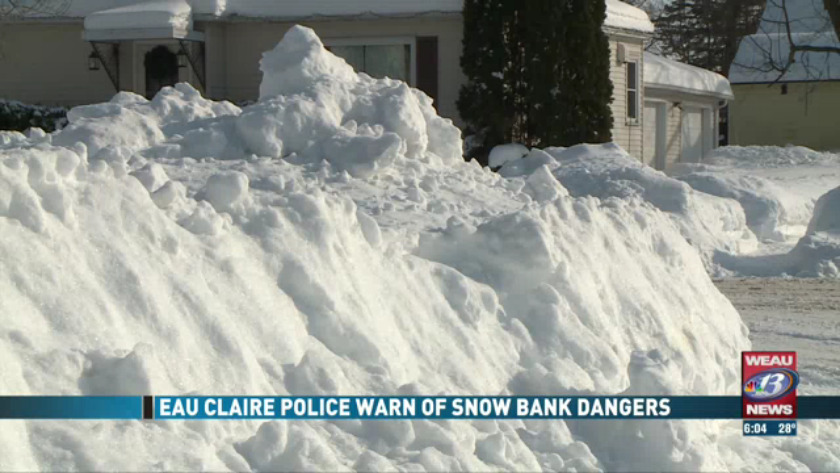 Eau Claire, Wis., about 90 miles east of Minneapolis, broke the record for the most snowfall in February with 53 inches. The previous record was 35 inches. The area had more than 100 inches throughout the winter. In addition, the area had a week of the coldest weather ever experienced with temperatures down to around -40 degrees.

“We had about eight major snowfalls and a total of almost 100 inches for the season,” said Andrew Felix, WEAU’s promotion and creative services director. WEAU is Gray’s NBC affiliate in Eau Claire.

“One of the snowfalls brought more than 15 inches of snow and very heavy winds.”

According to Felix, some schools had to close for 10 days due to the weather.

“The real question is as a promotions manager how can you create variety with it being just over and over winter weather?”

Felix said you start with a big snowfall and a typical quick turn proof of performance, make them after a significant weather event just to highlight your coverage.

Felix said he then combined the snowfalls, road closures, and school closings “to highlight our coverage and create a bigger proof of brand.” 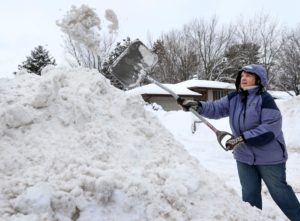 And just when you think winter is pretty much done, you get another snowstorm dump another 15 inches.

“This snowfall came fast and with the heavy winds basically shut the area down for an entire Sunday,” said Felix.

“The winds and snow were so bad that the road crews suspended plowing operations until Monday.”

“Rather than talk about our coverage, I thought it would be nice to thank our viewers for taking our advice and information. So I decided to thank our viewers for thanking us and taking our information to keep themselves safe. I think this promo did a good job of showing people that they could rely on WEAU but more importantly really connecting our station to the community that we serve.”

So what do you do when you break records for snow and cold? If you’re a smart marketer like Felix, you create “a social buzz-worthy promotion to celebrate our accomplishment.”

The video was viewed more than 72,000 times, shared by 813 people and received hundreds of comments and likes.

P.S., the area did get another 10 inches of snowfall a few weeks ago that melted quickly.

So what did Felix do about that?

“I decided to just move on and focus on other promotions.”