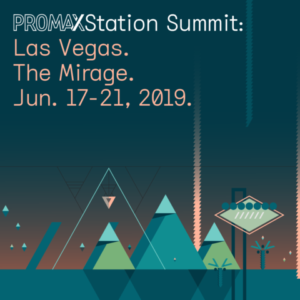 Tamron Hall will deliver a special keynote at the Promax Station Summit at The Mirage in Las Vegas on June 19.

Program Distributor Day on Wednesday, June 19, will feature a daytime programming keynote entitled Tamron Hall – We’re All In This Together, in which network reporter and TV host Tamron Hall talks about her new talk show, Tamron Hall, which is launching Sept. 9 in national syndication.

An accomplished and award-winning journalist, Hall has spent more than 25 years at the center of news and cultural events, including as a co-host of the third hour of NBC News’ Today, anchor of MSNBC Live with Tamron Hall, host of Deadline: Crime with Tamron Hall on Investigation Discovery, and several years in local television, including a decade at Fox O&O WFLD Chicago.

Joining Hall on stage will be Bill Geddie, Tamron Hall executive producer, the multiple Emmy Award-winning executive producer and co-creator of The View, and a producer, writer and director whose credits also include The Barbara Walters Specials, The 10 Most Fascinating People and Good Morning America and the feature film, Unforgettable.

In this headlining session, Hall and Geddie will discuss their plans to build a television community that listens, supports and empowers.

Created exclusively for and by television station marketing and creative services professionals, the 2019 Promax Station Summit brings together the top broadcast networks, program distributors and station ownership groups.  The annual conference takes place June 17-21 at The Mirage in Las Vegas.

Promax President-CEO Steve Kazanjian said: “With a great deal of attention being paid to local broadcast media, this year’s edition of the Promax Station Summit is packed with keynotes and breakout sessions featuring best-in-class speakers that will address the latest insights regarding craft, leadership and innovative to help keep our marketing membership at the top of their game.”