Two local TV news directors and a general manager attended the Promax Station Summit last month in Las Vegas. After you read what they have to say about it, this may start a trend. “I am really glad I went,” said one. “To me, having both the news director and creative services director there to hear the same information is key,” said another. “I was taking notes like a fiend.” 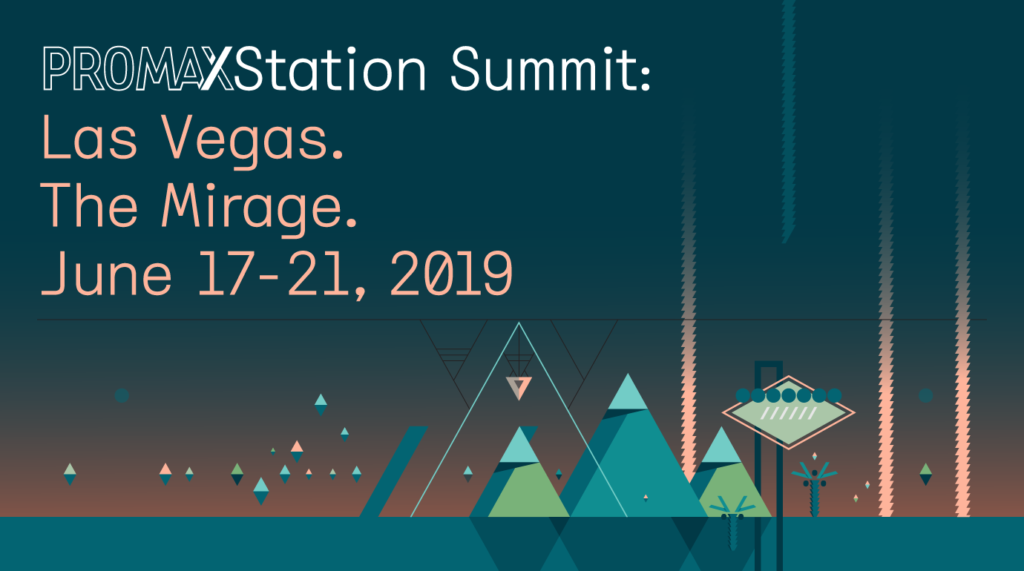 The annual Promax Station Summit held every June in Las Vegas bills itself as the only business event created exclusively for TV marketing and creative services.

So what were two TV station news directors and a general manager doing there last month?

“I think Promax is one of those places where you can see what other stations are doing and what kind of great work is out there and get new ideas and get inspired,” said Dana McDaniel, news director at WDAF, Tribune’s Fox affiliate in Kansas City, who attended with the station’s general manager, Tracy Brogden Miller.

It makes perfect sense for station general managers and news directors to attend the Promax Station Summit, because in addition to being exposed to news ideas in marketing from other stations across the country, it’s where all the top broadcast networks, program distributors, syndicators and station ownership groups get together under one roof.

I realize how hard it is for three top managers from local stations to be away at the same time for a few days or a week, but “I thought it was very useful and helpful and I would like to see more news directors attend,” said McDaniel.

Perhaps next year, there could be a more concerted effort to get more news directors and general managers to attend. As closely as these three key station personnel work together every single day, it might be as eye-opening an experience as it was for McDaniel, Miller and Natalie Mohr Hughes, the news director of KFOR, Tribune’s NBC affiliate in Oklahoma City.

“I am really glad I went,” said Hughes, who added that after meeting with the network and syndicators, she realized how much they expect from station creative services directors. Add to that everything she expects, sales expects and the general manager expects, and “this was such a good reminder that the creative services directors are pulled in so many different directions.”

McDaniel said she and Miller got the idea of attending this year’s Promax Summit after seeing how energized and recharged WDAF’s creative services director, Danielle Ray, was after her return from last year’s Summit.

“It was really inexpensive for us to make the trip and we are still a new management team. We are a legacy station that has been very, very successful, but we feel like as a management team we want to continue to grow.”

“To me, having both the news director and creative services director there to hear the same information is key,” said Miller.

While all three mentioned how much they got from the network and program distributors meetings, it was Promax Day that really stood out.

“My gosh, the day that we had those sessions, I was taking notes like a fiend,” said Hughes. “I came away with pages and pages. I loved it. It was like a little booster shot.”

“I thought they were all good,” said McDaniel. “I thought it was very useful and helpful and I would like to see more news directors attend.”

Maybe Promax will have to reserve more rooms at The Mirage for next year’s Station Summit.

NOTE: For more coverage of the Promax Station Summit, click on any of these posts:

Tamron Hall, Among Her People As Promax’s Key Speaker

SPT Gears Up For Launch Of ‘Mel Robbins Show’

TV Promos That Cost Zero, 40 Of Them