Kristie Gonzales was recruited by Tegna to be KVUE’s general manager, even though it was to be her first time in the corner office. “They took a chance on me and they believed in me and supported me during my first year,” she says.

Kristie Gonzales, general manager at KVUE, Tegna’s ABC affiliate in Austin, Texas, came up through the ranks in local TV in creative services. She’s been the GM at KVUE for more than three years, but her vision of being a station leader started in 2006 when she was hired as a creative services producer at WPVI, the ABC O&O in Philadelphia.

“I walked in there and I saw Rebecca Campbell and she was the GM when I was hired and that was the first time I saw myself in my boss. She was somebody I could identify with and I thought if she can do it, I can do it. And so that was a switch in my head of identifying with somebody in that role and it took me months to get on her calendar for lunch, but when I did, that kicked off a long relationship of mentoring between her and I and me saying I want to do what you are doing.”

Gonzales said Campbell guided her career, giving her advice on what jobs she should consider. Gonzales went from Philadelphia to KSFN, the ABC O&O in Fresno, Calif., where she was the creative services director, and then to WTVD, ABC’s Raleigh-Durham, N.C., O&O, and then to WABC, ABC’s flagship  in New York.

“I would not have chosen the New York job except she said I needed to consider it. And I mean it was getting to WABC that really prepared me for becoming a general manager.”

Why? Well, the weight of the responsibility of handling an audience of almost 20 million people for one. Plus, another opportunity for mentoring.

“If you’re working with some of the most talented people in the business, you are, by osmosis, learning all the best practices,” said Gonzales.

“That is exactly what Rebecca told me.”

Gonzales was recruited by Tegna to be KVUE’s general manager, even though it was to be her first time in the corner office. “They took a chance on me and they believed in me and supported me during my first year,” said Gonzales.

“Tegna has been an awesome landing place for somebody going from marketing to general manager. They did something brilliant. They set me up with another general manager who had tenure. That made all the difference.”

NOTE: KVUE is focusing on Boomtown 2040, a year-long campaign dedicated to Central Texas growth: transportation, the cost of housing, general affordability, jobs, industry, and the impact of changes on Austin’s unique culture. There are more than 60 news stories under the Boomtown 2040 umbrella on KVUE’s website. Here’s the link to them: kvue.com/boomtown2040. 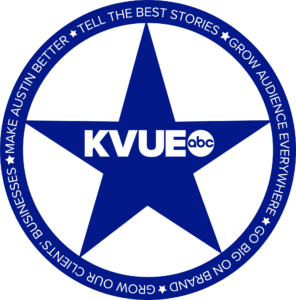 The biggest difference in moving from creative services into the general manager’s office is you’re moving into sales, said Gonzales.

“So our mission is to grow our clients’ business. That is our sole focus on the revenue side of KVUE. So if we are focused on growing our business, we have to be experts on where and what they should be doing with their advertising budgets. We are not here to sell TV spots. We are here to help somebody grow their business, and that is really sophisticated.”

One of the keys to being a successful TV general manager, said Gonzales, is the team of people who surround you.

“If you have a team with you that is excellent, it unlocks success for everyone. The GM’s job is just to put the right people in the right place and when that happens it is a beautiful thing. I say hire good people and get out of the way.”

Speaking of hiring good people, Gonzales said KVUE has had success at recruiting. 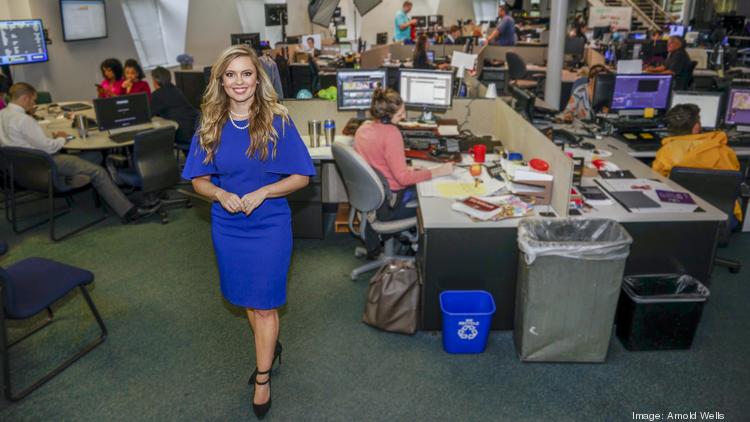 “I have found that using social media and just being transparent as a boss attracts people to you. And so recruiting at KVUE has gotten so much easier because we have so many people coming at us saying like wow your culture like we know about it because we have seen it on social media.”

What advice would Gonzales give any others thinking about creating a path to the general manager’s office?