The interactive watch party hosted by WCMH, Nexstar’s NBC affiliate in Columbus, Ohio, was also made available to all the Nexstar TV stations. “So if they were watching on desktop, they could click the options with their mouse, or if they were watching on their phone, they could tap the screen to vote,” said Haley Townsend, WCMH’s digital director.

If you were one of the many viewers who watched the Democratic debate on Oct. 15, it was probably a passive, solitary experience.

You watched, you listened and you reacted, more or less, by yourself.

But if you were watching in Columbus, Ohio, it was more a group experience, a watch party if you will. You could see the results of how other people were rating the candidates in real time. 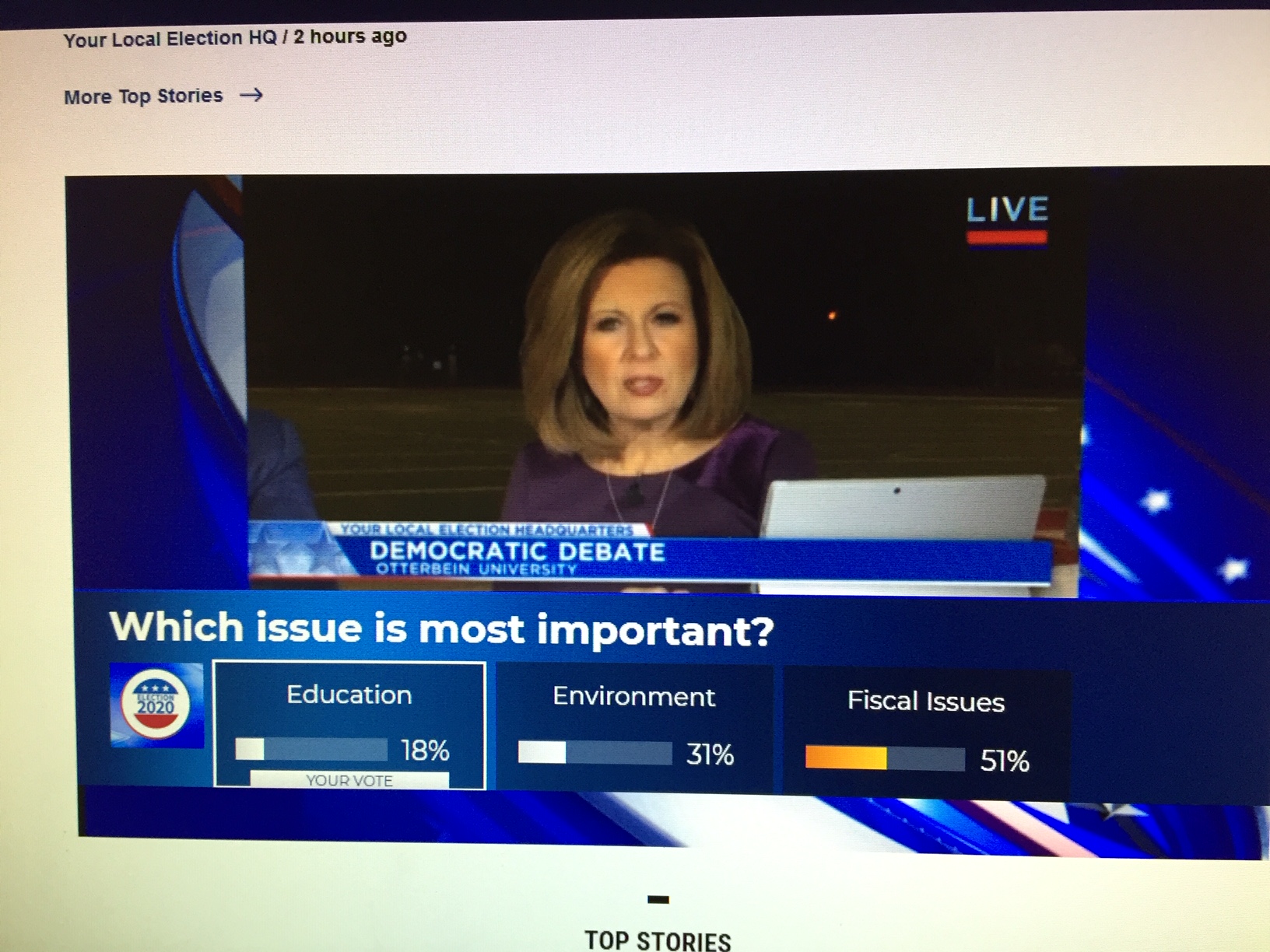 The interactive watch party was hosted by WCMH, Nexstar’s NBC affiliate in the market, but was also made available to all of Nexstar’s stations across the country. By going to WCMH’s website or by using WCMH’s news app, virtual attendees anywhere in the country could react to the debate in real time.

The livestream interactive overlay features were specially developed for WCMH by MegaphoneTV and were available for use by all the Nexstar stations. The interactive participants could rate the candidates on a scale of 1 to 5, or who they thought won a certain exchange, or any number of other options. 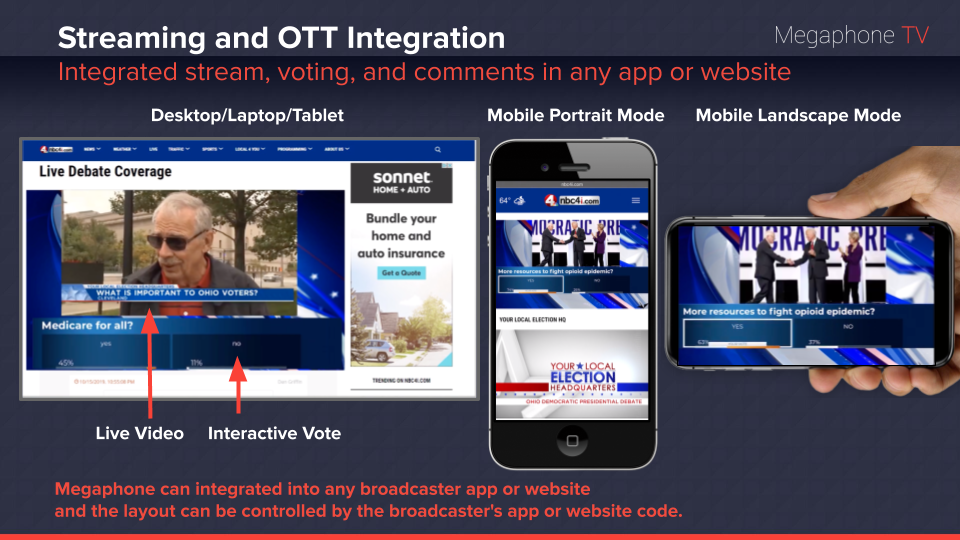 “We did a whole bunch of different questions,” said Townsend.

“One of the questions was, did you vote for Trump in 2016? What surprised me was that the data showed that the majority of the people watching who identified as moderate conservatives said they voted for Trump in 2016, but were not sure if they would vote for him in 2020.”

Townsend said even if people weren’t interacting themselves, they were able to see the responses in real-time of what the people who were responding were saying or feeling.

“I think that debates have a purpose and so does journalism. I want to fulfill that mission of informing the public and having a thought-provoking experience like the second screen debate interactive watch party. Our mission is to get our viewers to actually think about the debate and what is being said and also what matters most to them as we approach the election.”

Townsend said the interactive experiment was a success.

“Total streams were about 100,000 people watched and total actual interactive users were over 15,000 by the end of the debate. So I would definitely call it a success.”

“This coverage would not have existed without that initiative. Every single person that helped us with this effort would not have been here without it. So that is pretty cool.”

The stations present a rare dynamic as a Big 4 television duopoly in a top 25 market. The stations produce over 90 hours of local content each week. Indianapolis is a highly competitive market with more than a million TV households and five news-producing television stations. The Circle City is home to six Fortune 500 businesses, an emerging tech start-up scene, world-class museums, parks and attractions, major league sports, including six professional teams, the famed Indy 500, and NCAA headquarters. Ranked in US News & World Report Best Place to Live, Indianapolis offers a low cost of living and wide range of housing options.