As you would imagine with the home town team Kansas City Chiefs playing in the Super Bowl, viewership on the Fox affiliate, WDAF, would be high. And the creative services team at Nexstar’s WDAF was ready.

As you would imagine with the home town team Kansas City Chiefs playing in the Super Bowl, viewership on the Fox affiliate, WDAF, would be high.

And the creative services team at Nexstar’s WDAF was ready.

“We were able to seize the opportunity while the station had a 94.7 share of the audience in KC with a rating of 58.6,” said Danielle Ray, WDAF’s creative services director.

“We did this project with Stephen Arnold Music. This spot was a new addition to a custom song campaign that we released last fall. We wanted to create something authentic to Kansas City. It’s a unique place with a mix of new and old, people who’ve lived here their whole lives as well as lots of transplants. It’s a city with a cool, artistic vibe.”

“The key to a great hip-hop/rap song is how the beat and cadence of the vocal work together,” said Chad Cook, Stephen Arnold Music’s VP of creative director.

“In this case, we worked through multiple ideas until the lyrics, beat and cadence aspects of the song worked perfectly together. That was the magic formula.”

And this spot aired in Fox post game following the Chiefs victory over the 49ers in Super Bowl LIV on WDAF.

NOTE: Not Super Bowl related, but interesting nonetheless, a viewer sent WDAF a video of her daughter dancing to another WDAF promo, Our KC, also done by Stephen Arnold Music. The station invited the little girl and her family to the station. 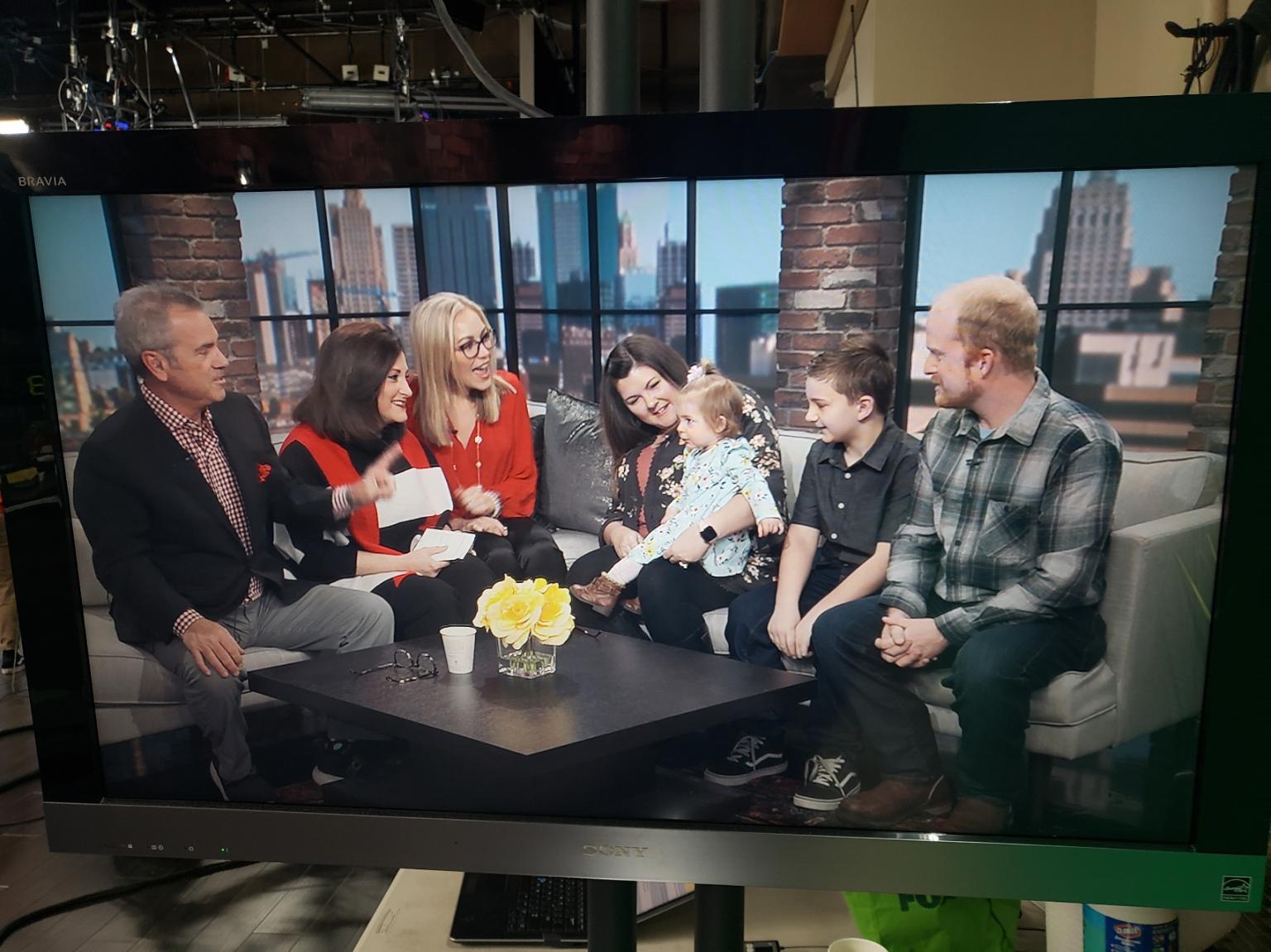 NOTE: Fox affiliates across the country took advantage of the huge audience delivered by the Super Bowl to create some outstanding news promos.

At KOKH, Sinclair’s Fox affiliate in Oklahoma City, the station wanted to “rock the idea of what news promotion can be,” said Ethan Edwards, KOKH’s creative services director, talking about the spot his team put together for the Super Bowl.

KCAU 9, in Sioux City, Iowa, is looking for a dynamic journalist to co-anchor it’s evening newscasts. That person will work alongside the station’s veteran, male anchor and help mentor young reporters in the art of focused and ethical storytelling. Franchise reporting is also part of the job. Applicants should have a minimum two-years of anchoring experience and four-years of industry experience. Click here for more specifics and how to apply.