All four news-producing stations decided to join together to send one message to Richmond, Va., viewers. The campaign features the main on-air talent from each station in every spot airing on all four stations. The campaign also showcases each station’s logos and news vans in every spot. “This was a true top-to-bottom team effort. It was a pleasure to work so closely with the creatives in this market, and I am extremely pleased with the results,” said Erik Candiani, WWBT’s marketing director. 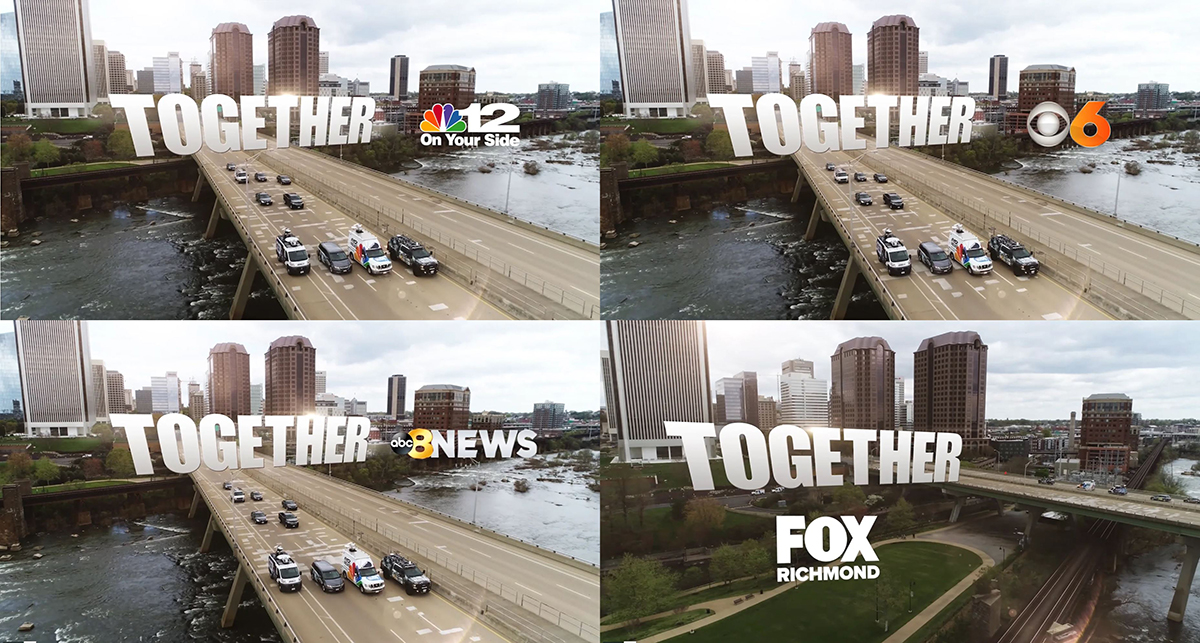 I can’t remember one instance in my 34 years of local TV where all of the news-producing TV stations in one market acted as if they were one.

And in the past month, it’s happened several times.

Stations in Houston did it, the same thing in Kansas City.

Now Richmond, Va. And the local TV news brand is better, stronger and more relevant because of it. “To let the community know that even though we are competitors, during a life-altering event like we are currently experiencing, there is no ‘competition’ between stations more important than our community’s safety and well-being,” wrote Erik Candiani, WWBT’s marketing director.

“This is an opportunity to speak to viewers who may have drifted away over time and reinforce the importance of news as an industry and remind them that we are here for them regardless of station or brand. It’s incredible to see a few stations across the country produce spots like this.”

Each station was responsible for certain elements in the production of the spots. Universal Music gave permission to allow their music track to run on all four stations even though two of them weren’t licensed for it.

The division of labor between the stations, according to Candiani, was that WTVR shot the drone footage and provided the NASCAR-style logos on the endplate and the transition to Together. WRIC helped on the graphics, a couple transitions and the logo spins on the endplates. WWBT wrote the script, produced and edited all of the spots for all stations. And WRLH assisted with coordination and final delivery.

“This was one of the more complicated promos that I’ve written in a long time,” said Candiani. “This was a true top-to-bottom team effort. It was a pleasure to work so closely with the creatives in this market, and I am extremely pleased with the results.”

Candiani said this last one is about to launch, a version without talent speaking, so that each station could add their own copy. This is the NBC version.

I interviewed all four of the marketing directors/creative service directors from the stations, appropriately, together in a Zoom interview. Wait until you hear whose idea it was. The four discuss the execution and how their newsroom and the community have reacted to the campaign.

NOTE: This was my first time hosting a Zoom interview. I was told that Zoom would automatically push full screen the picture of the person who was talking. My screen never left the gallery view, but Erik Candiani said that on his screen, it did. Plus, we were all supered during the interview. What happened I’m not quite sure.