On May 31, 2019, a Virginia Beach city engineer shot and killed 12 people and seriously injured four others at the Virginia Beach Municipal Center. Today, the Nexstar Media Charitable Foundation will donate $20,000 to The Virginia Beach Tragedy Fund, to assist the families of those killed or wounded during the mass shooting.

On May 31, 2019, a Virginia Beach city engineer shot and killed 12 people and seriously injured four others at the Virginia Beach Municipal Center before being killed by police.

Today, the Nexstar Media Charitable Foundation announced it will donate $20,000 to The Virginia Beach Tragedy Fund, established by the United Way of South Hampton Roads to assist the families of those killed or wounded during the mass shooting.

Made on behalf of WAVY and WVBT, Nexstar’s NBC and Fox affiliates serving Virginia Beach and the surrounding Hampton Roads region in Virginia, the contribution will help address the financial challenges associated with losing a family member, in some cases the primary bread-winner, or in the case of those injured, adjusting to life with physical challenges.

“This is such an incredible way for WAVY to commemorate the anniversary of the tragedy that struck our community one year ago and honor the memories of those we lost,” said Michele Anderson, United Way of South Hampton Roads’ president.

“This gift will go directly to support the victims and their families as they continue to heal and work to rebuild their lives.”

“On the one-year anniversary of this tragic event, we are honored to make this contribution to help those whose lives were dramatically altered forever by this shooting,” said Carol Ward, the stations’ general manager.

“The spirit and determination of the Virginia Beach and Hampton Roads communities is strong, and this incident has brought everyone together to assist the families affected. Giving back to the communities we serve in 114 markets across the country is core to Nexstar’s mission and we are proud to make this donation on behalf of WAVY-TV/WVBT-FOX43, Nexstar Media Group and all of the company’s 13,000 employees.”
—————————————————————————————————————————— 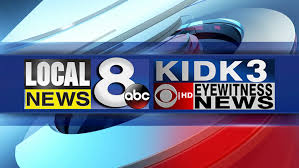 KIFI and KIDK, the ABC and CBS/Fox affiliated stations in Idaho Falls, Idaho (DMA 162) are looking for an articulate, dynamic news anchor with the ability to command our viewers attention while leading our evening newscasts. The winning candidate is someone who is a team leader and participates in planning content. The candidate will need to be able to produce relevant enterprise stories regularly and has the desire to get information out to the audience quickly. Click here for more specifics and how to apply.