Scott Altus is making the 1,200 mile move from KOMO in Seattle to KTLA in Los Angeles.  He will start his new position June 22nd.

Altus had been the creative services director at KOMO since 2007. He will start his new position June 22.

Altus is a multi-Emmy and Promax award winning director, writer, videographer and producer.

Prior to working at KOMO, he held a variety of roles in marketing, programming and news in Seattle at KIRO, KING, and KCPQ, and at KCRA in Sacramento, Calif.

In 2016 Scott was inducted into the NW Chapter of the National Academy of Television Arts and Science’s Silver Circle.

He is the former Chair of the ABC Affiliate Marketing Board.

“Bittersweet to be leaving but a good opportunity ahead,” he said. 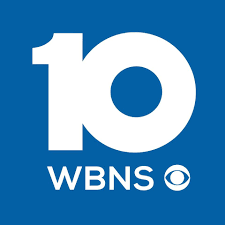 WBNS, Tegna’s CBS affiliate in Columbus, Ohio (DMA 34) is looking for a marketing director. Are you a strategic marketing leader who can inspire creative excellence? Do you want to work among the best? If you want to work with forward-thinking leaders in the media industry who can offer significant growth opportunities and with people who have the imagination to think big and the guts to take risks, click here for more specifics and how to apply.