KOAT, Hearst’s ABC affiliate in Albuquerque, New Mexico, and the Albuquerque Journal, will air the first televised debate this Sunday, September 27th with the candidates of the 2nd Congressional District of New Mexico.

KOAT, Hearst’s ABC affiliate in Albuquerque, N.M., and the Albuquerque Journal, will air the first televised debate this Sunday, Sept. 27, with the candidates of the 2nd Congressional District of New Mexico.

Herrell and Torres Small faced off for the hotly contested seat in 2018, with Torres Small taking the vote by razor thin margin.

“In a tumultuous year of so many unknowns, leadership is of the utmost importance to voters,” said Jess O’Neill, KOAT’s news director.

“It’s one of the reasons I’m beyond proud voters can turn to KOAT Action 7 News to see all three Congressional District debates as well as the U.S. Senate debate.”

Commitment 2020 is KOAT’s  and Hearst Television’s promise to provide in-depth political coverage of important local, state and national races, issues and candidates. KOAT’s Commitment 2020’s multiplatform political coverage will include candidate forums and debates; political fact-checking and investigative reporting to engage and inform New Mexico voters as they prepare for both local and national elections.

The KOAT Action 7 News Commitment 2020 Debate for the 2nd Congressional District will air on KOAT on Sunday, Sept. 27, at 4 p.m.

There are three additional debates set to air before Election Day, including the U.S. Senate debate between Democrat Ben Ray Lujan and Republican Mark Ronchetti. 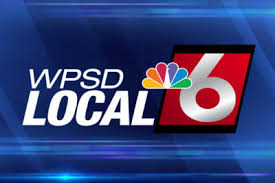 WPSD-TV and The Paducah Sun, owned by Paxton Media, are seeking a digital savvy person who wants to work with the best group of marketing professionals in the Paducah, Kentucky (DMA 84) in the capacity of Digital Sales Strategist. This position leads from the front and the successful candidate will possess a broad working knowledge of the fundamentals and emerging trends of interactive media sales, advertising, and marketing solutions for local businesses. Understanding of local broadcast and print media businesses is helpful. Click here for more specifics and how to apply.