Local TV Keeps Giving To Help Those In Need

TV stations owned by Weigel, Nexstar, Sinclair, Gray, Tegna, Hearst, and Sunbeam in markets all over the country are responding to help those in need in their communities with food, toys, clothing, rent assistance and even restaurants hit by the pandemic.

Whether it’s a community campaign that’s been going on for years, or one that’s a direct response to the COVID-19 crisis, TV stations across the country continue to step up with direct and tangible support to help those in need in their viewing areas. 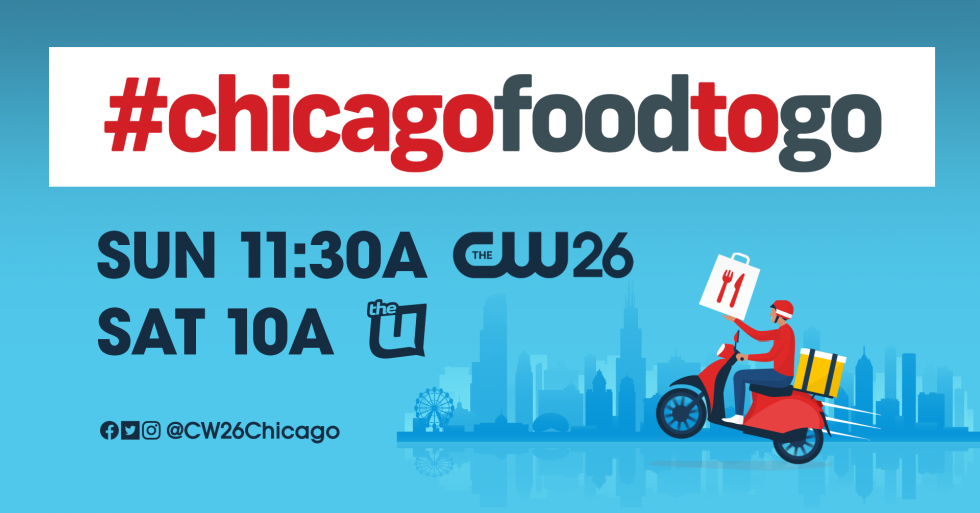 WCIU, Weigel Broadcasting’s CW affiliate in Chicago, took on the plight of the restaurant community during the pandemic to create, CW26’s Chicago Food To Go.

CW26’s Chicago Food To Go has so far featured 324 restaurants since it began in April. Not only does the program support local restaurants but it gives viewers a taste of the amazing takeout food from all across Chicago.

From Asian, American, Latin cuisines to coffee shops, juice bars and bakeries, the program puts the spotlight on local restaurants showing off the best of its menus. The show also features themes like women-owned restaurants and Black-owned restaurants, digging into the diversity of Chicago’s huge restaurant scene.

“I just wanted to let [CW26] know that your video has garnered an increase in awareness for my business and helped to bring in new customers from all over the Chicagoland area,” said Nichole Jackson, owner of Bronzeville Wingz. 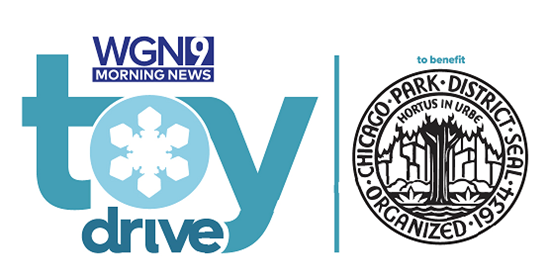 WGN, Nexstar’s independent station in Chicago, conducted its 18th WGN Morning News Toy Drive last week and over 12,500 toys were donated that will go to children served by the Chicago Park District.

Additionally, the Chicago Parks Foundation raised over $1,280 from the campaign. The Chicago Park District, which recognizes excellence in park and recreation management across the nation, has served Chicago residents for more than 85 years.

The Toy Drive featured, via zoom, carolers, Santa and other holiday fun-filled activities. 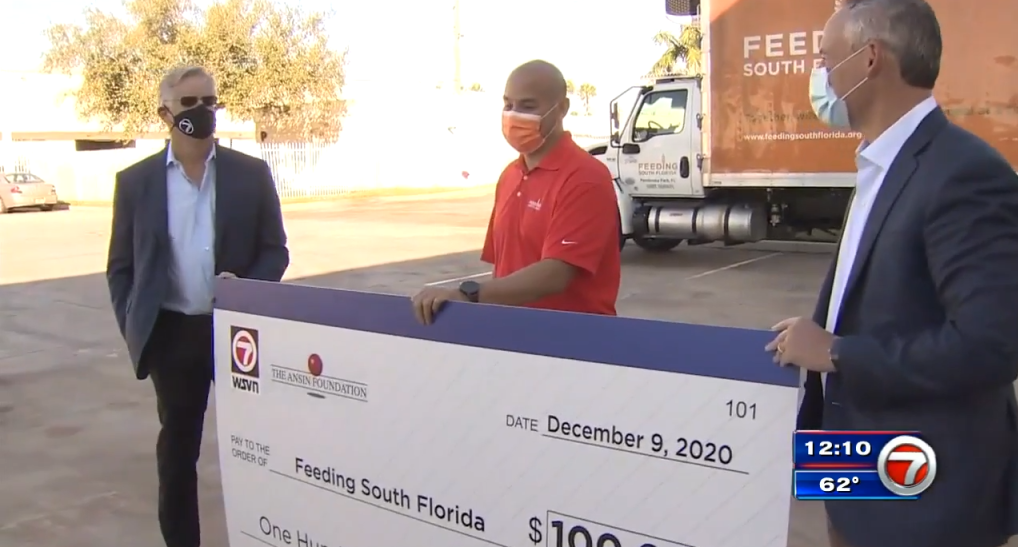 In Miami and Boston, the Ansin Foundation, the charitable arm of the family that owns WSVN, the Fox affiliate in Boston, and WHDH, an independent station in Boston, donated $200,000 to help station partners Feeding South Florida and Project Bread in Boston.

Each organization will receive $100,000 in an effort to feed thousands of families facing food insecurity.

Both organizations face a growing demand of food hardship worsened by the Covid-19 Pandemic.

“We are especially pleased that these funds will ensure food is delivered where the need is greatest and hope that these contributions will help stimulate more donations, large and small, from the local communities,” said Andy Ansin, Sunbeam Television Corp. CEO and Ansin Foundation trustee. 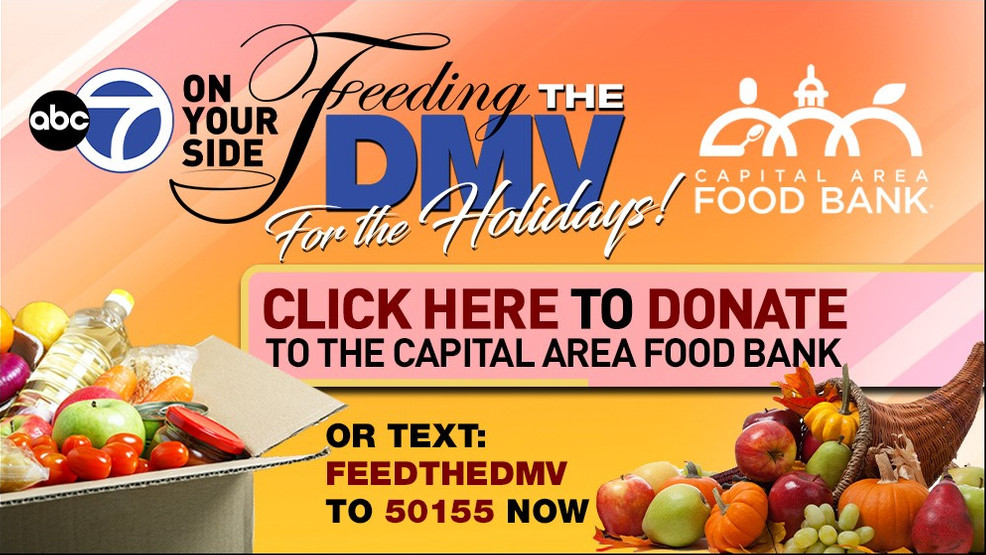 In Washington, D.C., WJLA, Sinclair’s ABC affiliate, and Lustine Toyota, presented a $48,400 check to The Salvation Army of Prince William County and a $35,100 check to the Capital Area Food Bank as part of the station’s ABC7 On Your Side: FEEDING THE DMV For The Holidays campaign.

The combined $83,500 will help provide more than 208,7500 meals for those facing food insecurities in the Washington, D.C. region this holiday season.

WJLA has raised more than $138,000 total for their Feeding The DMV campaigns since late August providing 345,000 meals to needy families.

“A major part of our ABC7 On Your Side mission is to help our neighbors when in need,” said Michael Miller, WJLA’s general manager.

“We have been amazed by the outpouring of generosity we’ve seen throughout this ongoing campaign.” 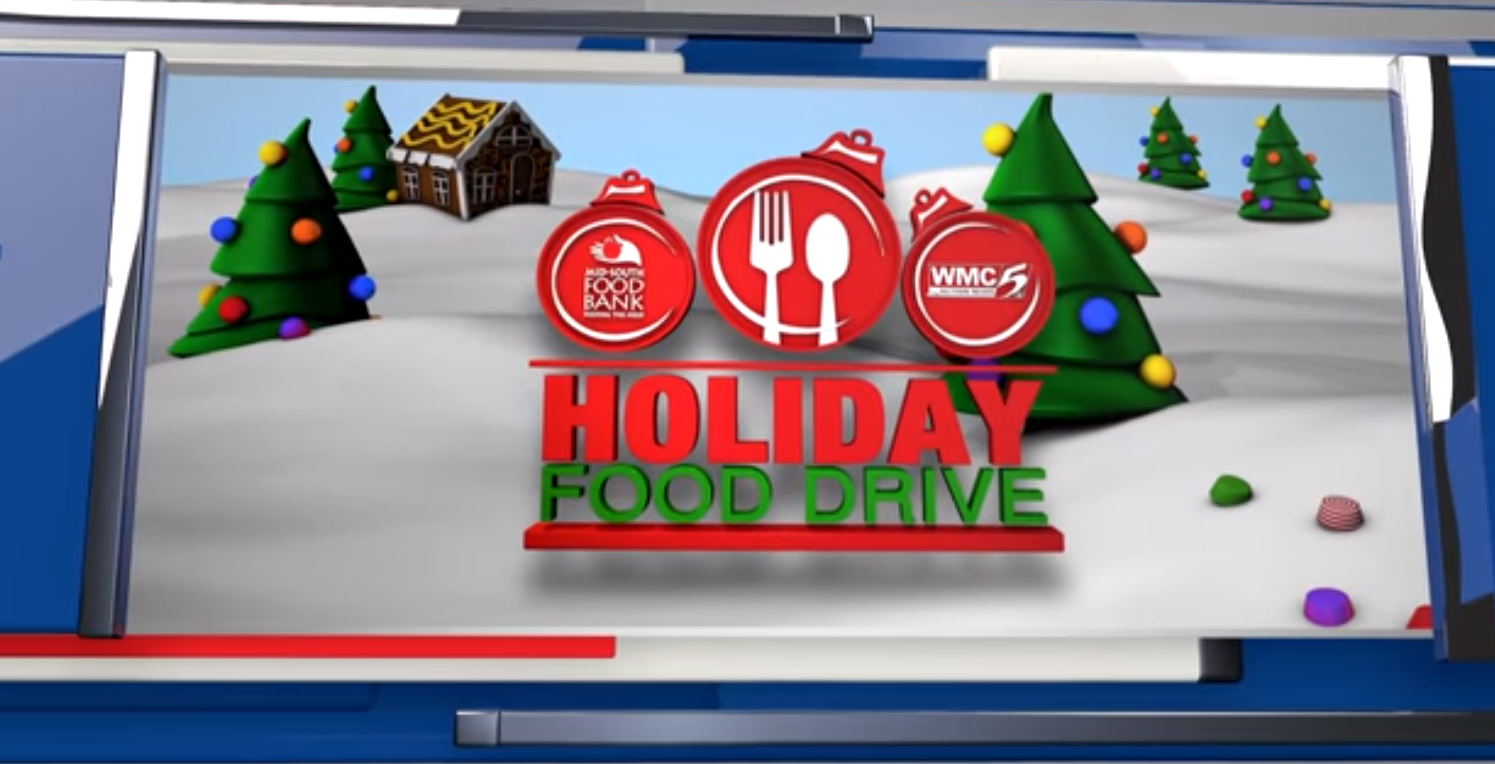 In a year of unprecedented need, WMC, Gray’s NBC affiliate in Memphis, raised more than $2 million for local charities.

“Thinking back on how difficult 2020 has been for many in the Mid-South, it is truly amazing to see generosity at this level,” said Greg Phillips, WMC’s news director.

“The donations show the true heart and soul of the community as it came together to help some of its most vulnerable citizens.” 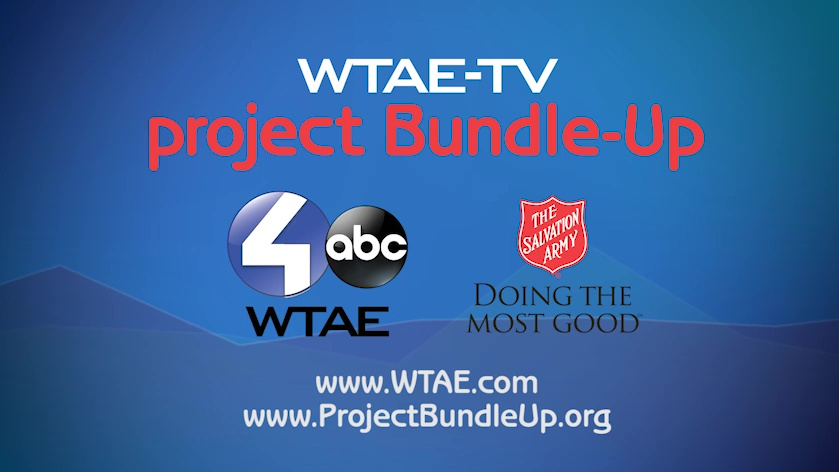 WTAE, Hearst’s ABC affiliate in Pittsburgh, and the Salvation Army Western Pennsylvania Division raised more than $200,000 via WTAE’S project Bundle-Up Telethon, a record year of giving for this 35-year tradition to community service.

“Project Bundle-Up is a Pittsburgh tradition and we, as local broadcasters, are proud of our service to the neighbors who need it most.” 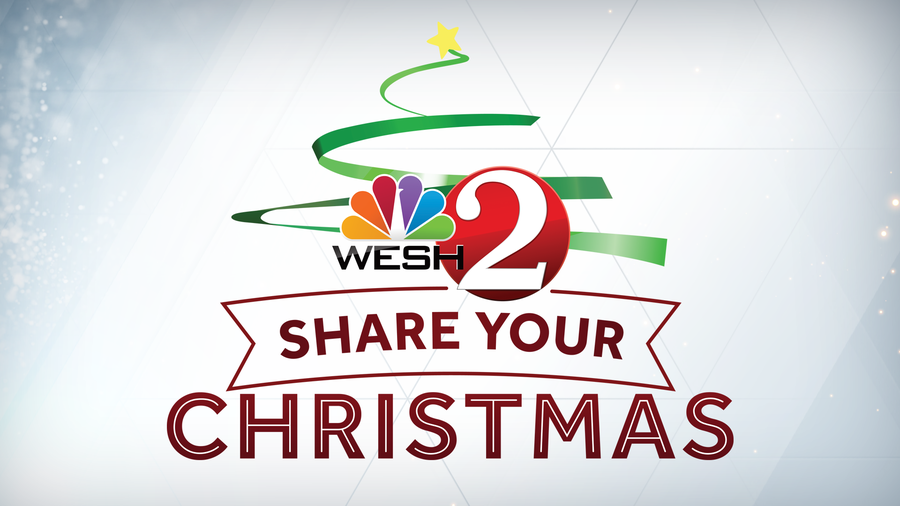 WESH, Hearst’s NBC affiliate in Orlando, Fla., in partnership with Second Harvest Food Bank, held its 35th annual Share Your Christmas food drive, raising more than $1 million which will provide 3.8 million meals to families in need this holiday season. More than 3,300 families received enough food to cover groceries for up to two weeks.

Since April, WESH and WKCF, Hearst’s CW affiliate, have raised over $2 million during food drive collectively.

This year when the pandemic forced the station to halt its annual food drive, WESH collected donations online at WESH.com.

“All across Central Florida, hearts were opened, resources were shared, and many thousands of families who need help will get it,” said Dave Krepcho, Second Harvest Food Bank of Central Florida’s president. 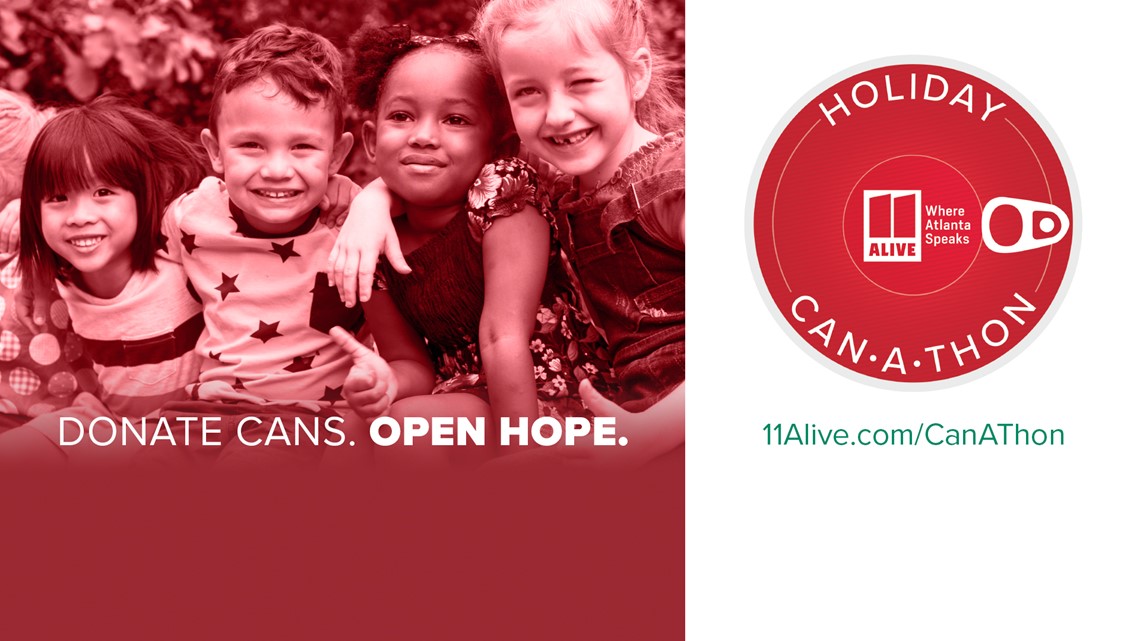 WXIA, Tegna’s NBC affiliate in Atlanta, partnered with The Salvation Army of Metro Atlanta to host the 38th annual Holiday Can-A-Thon. Publix served as the title sponsor for the Dec. 4 canned-good drive.

“With historic levels of unemployment and sickness, thousands of people now rely on the assistance of The Salvation Army,” said John Deushane, WXIA’s general manager.

“It’s indicative of the giving spirit of Georgians that even during these difficult times, their benevolence didn’t diminish.” 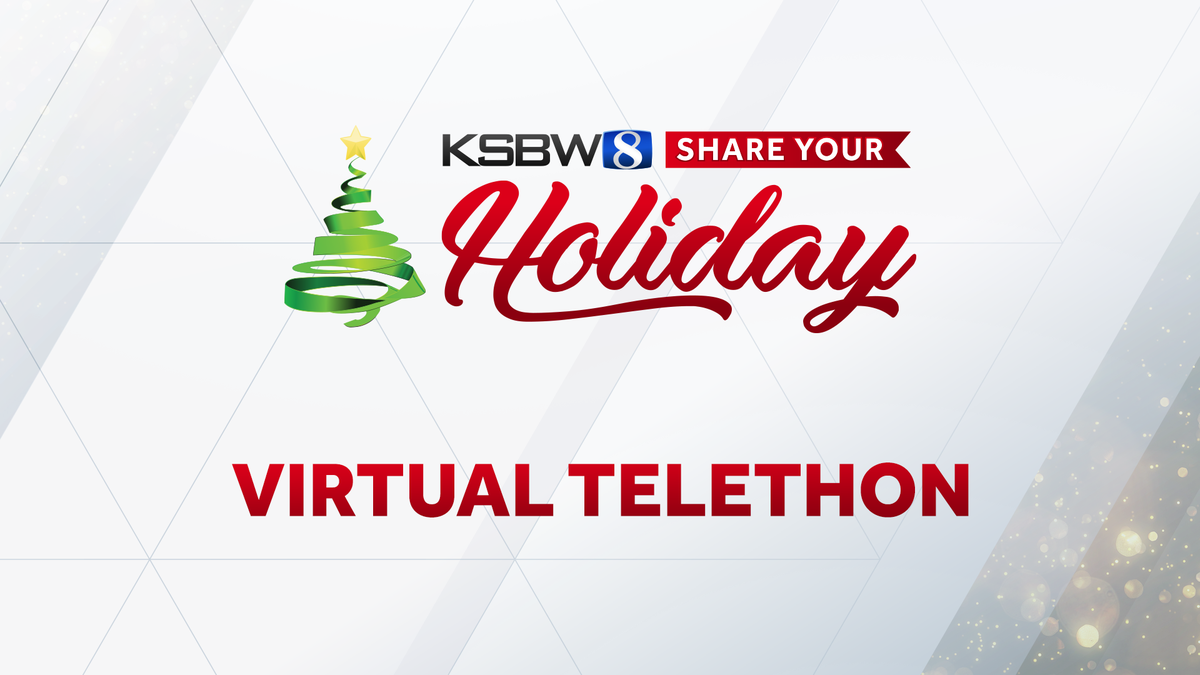 KSBW, Hearst’s NBC-ABC affiliate in Salinas, Calif., and Estrella TV Costa Central, together with the Salvation Army, are celebrating the overwhelming success of the 34th annual KSBW Share Your Holiday.

“With so many people struggling on the Central Coast and facing challenges from the economic impact of Covid, this day was more important than ever,” said Laura Williamson, KSBW’s general manager.

“When we broadcast the need we see our communities display tremendous generosity and take care of one another. We are grateful for every dollar raised because people will receive help and hope.” 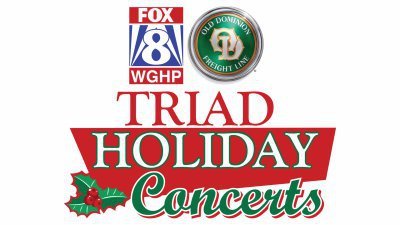 The contribution is part of the 2020 FOX8/Old Dominion Triad Holiday Concerts and Food Drive, an annual tradition sponsored by FOX8 and benefitting thousands of the area’s families in need.

The donation will be used to help the Salvation Army continue providing critical social services in the wake of the impact of the coronavirus pandemic, which has made charitable fundraising very difficult. 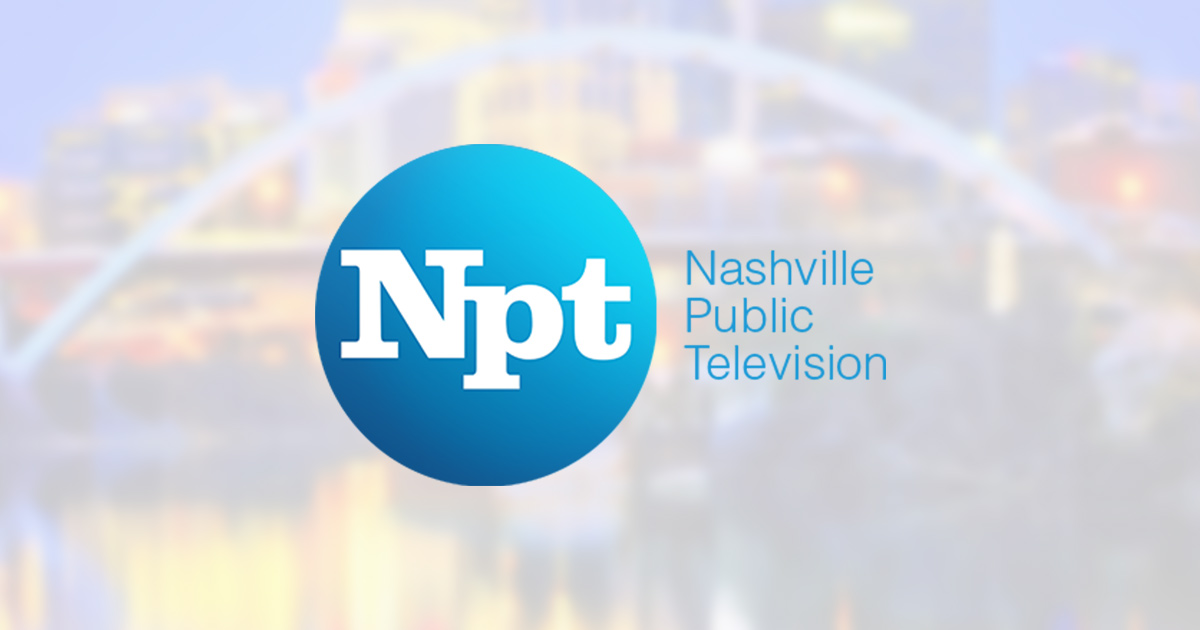 Nashville Public Television (NPT) in Nashville, Tennessee (DMA 28) is seeking a visionary media professional to serve as President and CEO.  Working with the Board of Directors, the CEO will implement the strategic direction of NPT, a well-respected, financially successful station. Additionally, the CEO will oversee station efforts in multi-platform content creation and distribution and serve as principal ambassador to the community-at-large. Click here for more specifics and how to apply.