The NBC O&O in Philadelphia just launched a news program developed especially for an audience that is doubling every year — streamers.

TV stations can be inventive and adept at adapting to new opportunities when they present themselves.

Case in point: The Lineup, a new bite-size, mini newscast from NBCU-owned WCAU in Philadelphia. It runs between 7 and 10 minutes long weekday mornings at 9 as a streaming-only offering on WCAU’s branded NBC10 apps on Roku and Apple TV.

Research revealed that there were two peaks in the station’s OTT viewing. One was at 6 p.m., “but there is also a really substantial one in the morning,” says Wendy Warren, WCAU’s director of integrated media, “and we felt that that was a great audience for us to try to reach.”

And so WCAU did, revamping its morning show in the waning days of 2020.

“We are using this large format studio with large monitors, the anchors are walking around, up on their feet in a very engaging, very forward-feeling newscast,” Warren says. “We felt like that was the perfect look and feel for an OTT show.” 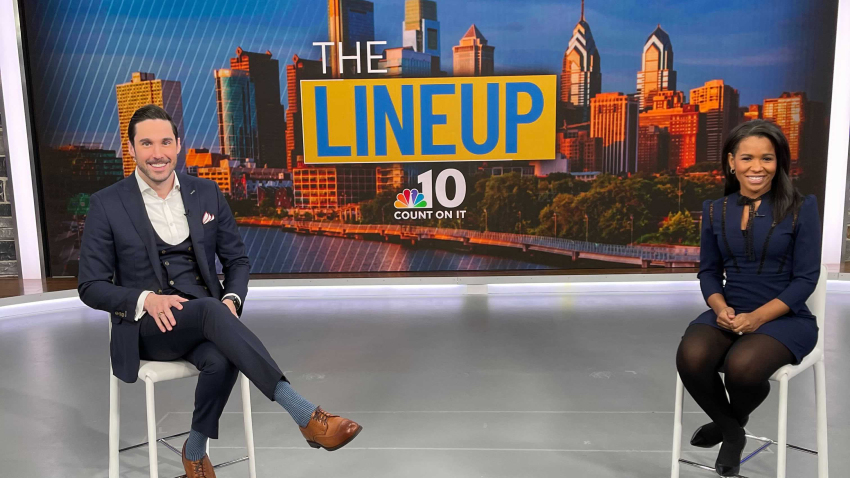 Hosted by WCAU’s morning news anchors, Erin Coleman and Keith Jones, and featuring members of the morning news team, The Lineup started streaming on Jan. 11 with each episode available all day for on-demand viewing.

But is The Lineup just a chance to re-package, re-edit and repurpose news already delivered in the morning newscasts?

“You can certainly repurpose some content,” Warren says, “but original content is very important for drawing new audiences. We were interested in developing content for our OTT platforms, and we knew you have to create content that is specifically for that platform. That is what drives people to download your app and that is what gets people to use it.”

The Lineup is geared toward viewers who consume their news via streaming platform, younger than a traditional broadcast audience.

“That audience is growing very fast,” Warren says. “That is one of the things that blew us away about streaming. We are seeing a doubling of audience here every year, and really significant jumps even months over months.”

Reaching that audience who consume news via streaming can be a challenge. Among the ways WCAU is trying to do so is through a promo. “But we also have to reach those people in other places,” Warren says. “We’ve got to reach people who may not typically see our air.”

WCAU’s Facebook page, as well as the Facebook pages for Erin Coleman and Keith Jones who, Warren says, “have strong social followings,” are being used to get the word out. NBC10 has more than 700,000 followers, while Coleman has close to 31,000 and Jones, 21,000.

Additionally, “Instagram has been very powerful for this show,” Warren adds. “We are posting two or three short segments of the show on IGTV to promote it — and each segment ends with a stinger encouraging people to watch the whole show on Roku or Apple TV.

The Lineup has a sponsor, TD Bank, and there’s a mid-roll ad during the program, which Warren says “is a little less interrupting and gets you into the show a little bit.”

Getting the audience to watch The Lineup in its entirety is one of the goals. Warren says the station can track to see if the “audience is sticking with us or not. The data’s still early, but we are seeing average consumption of about 85 to 90 percent of each video, which we are delighted by given that this is a longer video for digital platforms.”

The other equally important goal is to “drive downloads of our OTT app, which is a good way to get people introduced to it,” she says. “They can find all of our special reports there, our weather presentations and see all of our national and world coverage. We just reviewed the last two weeks of promotion of the show, and we have seen a significant increase in Roku app downloads in particular. No numbers yet, but the evidence shows the promotion of the show is leading people to try out our Roku app.”

Converting streaming viewers into regular viewers of the station’s broadcast newscasts would be a nice plus, but Warren says that metric to track that hasn’t been invented yet.

“We want our NBC10 News in front of that user,” she says. “That is why this OTT show is important to us.”

During the month of February, Market Share will highlight the unique and creative ways stations are celebrating the month with their communities.

Like in Houston, where KPRC is partnering with Texas Southern University throughout the month.

Look for that story later this week.

Nexstar Media Group’s station, KRON, the MyNetworkTV affiliate in the San Francisco Bay Area, seeks a Newscast Producer. This position is responsible for creating a daily newscast for an assigned time slot, using various resources such as reporters, writers, video, wire copy, and information gathered in the newsroom. Click here for more specifics and how to apply.