For Jonathan Killian, NewsNation’s new VP for creative marketing and brand communications, one one of the first challenges is helping viewers find the fledgling national newscast, whose brand of center-of-the-road news has been slow to get off the ground with viewers.

On Jan. 19, Jonathan Killian was announced as the new VP for creative marketing and brand communications for WGN America, Nexstar’s cable network out of Chicago.

On Jan. 25, Killian’s first day on the job, Nexstar said that starting March 1, not only will WGN America be rebranding as NewsNation, but that it will also expand its news programming to five hours on weeknights, adding three new shows to its lineup.

Just a few days on the ground at his new job in Chicago, Killian shared what attracted him to the job, what he sees as his main marketing challenges and how he intends to overcome them.

Killian’s background seems like a perfect fit for his new role. He comes to NewsNation having spent the past 13 years at CNN International. There, he was “instrumental in the relaunch of the network’s positioning, the revamp of the network’s on-air presentation and the launch of more than two dozen prime-time on-air programs,” according to the press release announcing his hire.

Prior to his working at CNN, Killian worked in marketing for 12 years at three different TV stations, first as a writer/producer, then a promotion manager and finally as a creative services director.

With a long background in cable news branding along with experience in local TV news marketing, not many can bring that level of news marketing expertise to the role Killian now has for Nexstar.

“It was literally one of those opportunities that was just too special to pass on,” Killian says on what attracted him to the position.

“What I have enjoyed most, and probably what I have been best at in my career, is building something,” he says. “And this is an opportunity to build something special. They have already launched a really terrific product that is just in its infancy and is going to grow into a household name and beloved brand. That is my job — to make it a beloved brand in the years to come.”

Killian says if there is a list of challenges, number one “and probably number two” is that a large segment of the country doesn’t really know about the news program, NewsNation, the three-hour newscast that will change to two hours and be retitled to NewsNation Prime on March 1.

(An additional challenge may now be the sudden resignation of NewsNation News Director Sandy Pudar on Feb. 2. Nexstar declined to comment on Pudar’s departure.)

NewsNation is the centerpiece of the new programming lineup, which bills itself as free of bias or opinion, and draws on the reporting power of the 5,400 journalists from Nexstar’s 198 TV stations across the country. It has struggled to find an audience since it launched in September 2020.

Part of the challenge is helping the 75 million viewers who can currently watch NewsNation find the right channel.

“We have got big marketing plans to make sure that navigation issue is addressed because we think once people know about us and can find us, they are going to like what they see,” Killian says. “Beyond that, we need to forge an emotional connection with our brand and that is something that we are working on and we will be debuting in the month to come.”

Changing the name of the network from WGN to NewsNation, says Killian, “in and of itself, absent any marketing, is going to just help people find the product better.”

Killian believes that from an editorial and marketing standpoint, the NewsNation program has “an incredible foundation to build upon. Our competitors don’t have 198 television stations as resources, and we do.

“A large part of the appeal of this job was that Nexstar believes so strongly in its local stations and its local communities,” Killian says. “My DNA and my roots are well grounded in local television. I respect and have an affinity for local television and I believe the future and the power of journalism rests on the appeal of and the efforts by our local brands. The success of this network will ultimately lie with the support of our local stations, and you can rest assured that is going to be a big priority for me.”

Killian says the changes coming Mar. 1 are just the beginning. “We are hitting the ground running and excited about what is to come,” he says.

Here is the primetime lineup for NewsNation will be on March 1: 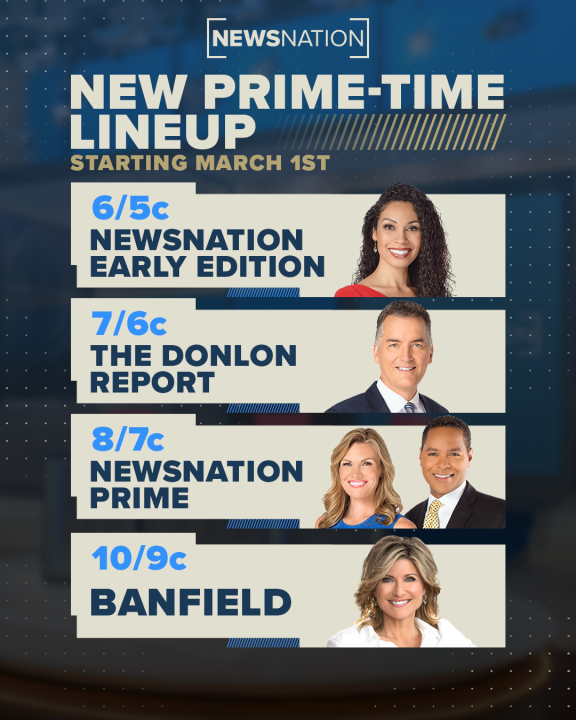 Here are new promos for two of NewsNation’s new programs beginning on March 1, The Donlon Report and Banfield.

TO LOCAL TV STATION MARKETERS, a webinar you can’t afford to miss.

Is Marketing Local TV Working In A Changing Media Ecosystem? 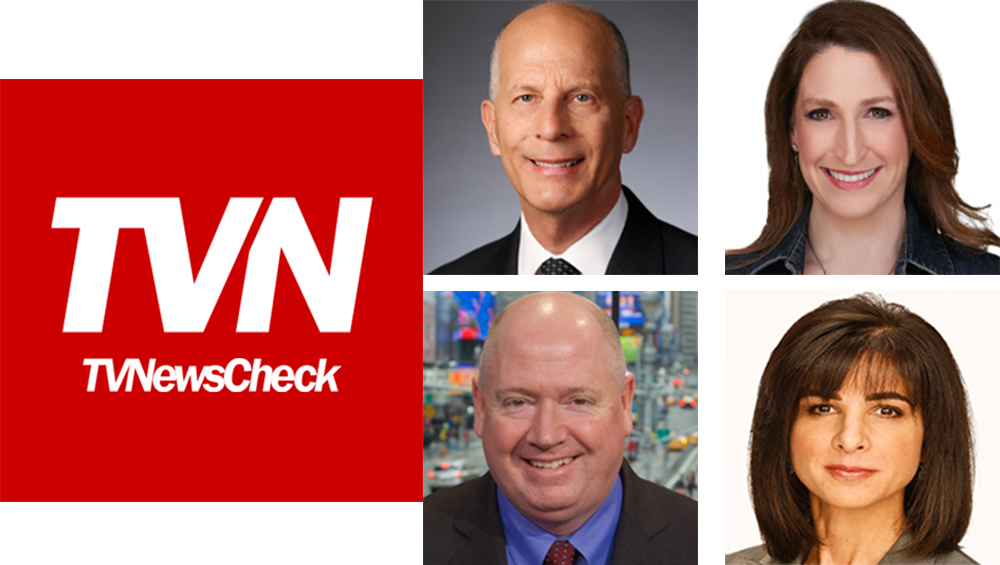 TV stations have long promoted their news and other programming to audiences. But how well have they marketed their brands? How well are they positioning their programming in a media environment increasingly filled with targeted channels and streaming services? What do leading media industry marketers suggest TV stations do to enhance their marketing?

Nexstar Broadcasting Group seeks an experienced, driven broadcast professional to serve as Vice President/General Manager of our media properties in Roanoke/Lynchburg, Virginia (DMA #71.) The successful candidate will have full oversight of WFXR-TV (FOX), WWCW (CW), as well as all affiliated digital, mobile, and social media assets associated with WFXRTV.com. Nexstar seeks a stakeholder – someone who is engaging, promotes good citizenship and wants to make a positive impact on the community. Click here for more specifics and how to apply.