WTVO in Rockford, Ill., the ABC-MyNetworkTV affiliate owned by Mission Broadcasting, and operated under a shared services agreements by Nexstar, just completed the seventh season of its high school quiz show, The Bergstrom Stateline Quiz Bowl. The station has aired 230 episodes over the years.

The series has been a success any way you measure a locally produced TV program — good ratings, recognition for the sponsor, all while introducing a segment of the population seldom seen by a television audience.

“To me, the measure of success is the number of viewers in the area that are tuning into it,” says David Rydell, chairman of the Bergstrom Manufacturing company, the quiz bowl’s title sponsor. “It has been just hugely successful.”

Rydell says the show is entertaining and some people “are very religious about it. They either tape it or they watch it every week.”

The seventh season’s finale aired May 27 from 6:30 to 8 p.m., “and that 7 to 8 o’clock hour did just about as good as what NBC and CBS were putting on Thursday nights,” says Shawn Anderson, WTVO’s creative services director and the executive producer of the Quiz Bowl.

But high viewership, although important to WTVO and Bergstrom, is not their only measure of the show’s success.

Rydell says although a lot of recognition is given to students participating in high school sports, one of the reasons why Bergstrom has been the title sponsor since the Quiz Bowl began in 2015 is the show’s acknowledgement of high school scholars.

“Some people tune in to see if the kids can answer the questions, and so seeing these young people able to answer these questions is really something,” Rydell says.

As I wrote in a 2016 column about quiz bowls, the questions can be hard for rocket scientists, Rhodes scholars and Mensa members, let alone high school students.

What country was the birthplace of the Nobel Prize-winning author Nadine Gortimer?
Expo 1929 was held in what capital of Catalonia, the second most populous city in Spain?

And those are the easy ones.

Anderson echoes the point about how Quiz Bowl shines a light on high school students, an audience not represented much on local TV.

“We don’t hear about these kids unless they do something bad or they are the winning quarterback on Friday night,” Anderson says. “This is our way to showcase smart kids doing smart kid things.”

One of the benefits producing the bowl for WTVO is the entrée it gives into the schools and the students. Due to COVID curtailing the production of some games, the station aired stories about the students themselves to fill the time.

“We are now showing you a little glimpse into their life,” Anderson says.

To fill one of the holes in its Quiz Bowl programs, the station produced a celebrity game, the Badge Battle, where member of the Rockford police and fire departments went head-to-head for charity.

Anderson says the cops started out “talking a lot of smack. All it took was the firefighters getting a run of questions and that shut the cops up. But it was definitely fun and we are going to do it again.”

Rydell says Bergstrom’s association with the Quiz Bowl has given the company name recognition.

“Our employees say any place they go with a jacket on that has the Bergstrom name and logo, invariably somebody will say something to them about the Quiz Bowl.”

But since Bergstrom doesn’t sell its products in Rockford, Rydell says the Bergstrom Stateline Quiz Bowl, “is just our gift to the community.” 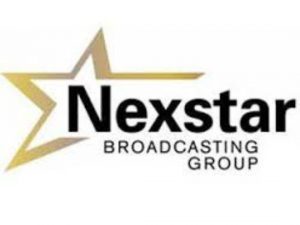 Nexstar Broadcasting, Inc. has an immediate opening for the position of Senior Vice President & Regional Manager. This position will have direct oversight of several markets and will report directly to the President of Nexstar Broadcasting, Inc. The ideal candidate will have a Bachelor’s degree in communications and a minimum of 10 years’ progressive experience in television management and sales, with demonstrated proficiency in various leadership roles. Prior experience as a television station General Manager is essential. Along with a proven track record of success in growing revenues, controlling expenses and developing local television viewership through local news and programming, the successful candidate should be able to bring an innovative approach to established and proven television and digital business models, resulting in improved efficiencies and business unit growth. Click here for more specifics and how to apply.