Whoever handles ordering the champagne at Hearst’s NBC affil WBAL Baltimore has had a busy few weeks. First, the station had a good November ratings period and then it was awarded an Alfred I. duPont-Columbia Award for investigative reporting. More bubbly, please. The reason Market Share offers stations the chance to celebrate and share their […] 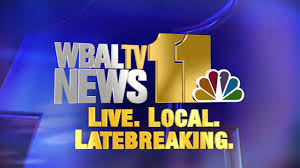 Whoever handles ordering the champagne at Hearst’s NBC affil WBAL Baltimore has had a busy few weeks.

First, the station had a good November ratings period and then it was awarded an Alfred I. duPont-Columbia Award for investigative reporting.

The reason Market Share offers stations the chance to celebrate and share their ratings performance is to see if we can determine the reasons for that success in their news content and news marketing. Could it help you in raising news viewership at your station?

John Baldwin, WBAL’s creative services director, sent me some comments and spots about his station’s sweeps performance in November. WBAL is the Hearst NBC affiliate in Baltimore.

Over the past year WBAL-TV has become the clear ratings leader in every major newscast as evidenced in the Feb, May, July and November books. The November book reported WBAL-TV placing first in Households, Adult 25-54 and Women 25-54 demographics for the weekday 4:30AM, 5:00AM, 6:00AM, 5:00PM, 6:00PM and 11:00PM news broadcast times.

Steady, consistent station branding has been one of the keys to this growth, alongside of constant ownership of major stories and reporting of breaking news happening in the Baltimore area.
An LPM market, WBAL-TV’s growth in Baltimore has been built on this consistent effort, day in and day out as we focus on our Live, Local, Latebreaking brand.

We’ve been focused on our weekday morning news promotion. The Business of Mornings is the latest spot we’ve created for AM news.

(According to WBAL, its weekday morning newscast from 6 7 had a 48% advantage over the nearest competition in adults 25-54.)

Another image promo here. This one positions our weather team’s vigilance in warning viewers of severe weather that will impact their lives.

The second spot was a promo we played in advance of the start of the first trial of a Baltimore Police officer charged in the death of Freddie Gray. It looked back at our past coverage, and promised to be on top of the story from every angle.

(WBAL won the Alfred I. duPont-Columbia Award for its investigative reporting of the Freddie Gray story.)

Finally….here’s a promo that summarizes our success from a ratings standpoint. It’s true when many fellow CSDs say that every day is the sweeps … because you earn your numbers 365 days a year. But in a LPM market … t’s not just a philosophy. It’s reality.