Facebook might have started out as a social site for users to keep track of what their family and friends were doing, but it’s developed into a news and information source. And TV stations are using Facebook to keep connected with users throughout the day, providing video content, behind-the-scenes access, live interactive discussions, live breaking […] 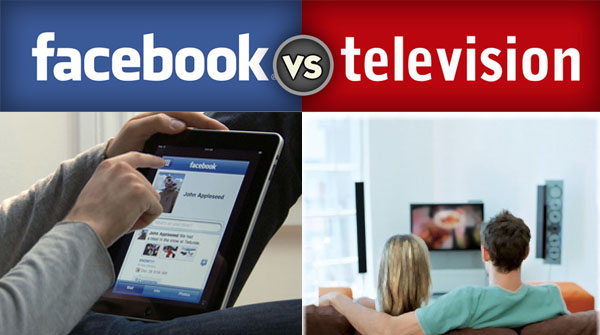 Facebook might have started out as a social site for users to keep track of what their family and friends were doing, but it’s developed into a news and information source.

And TV stations are using Facebook to keep connected with users throughout the day, providing video content, behind-the-scenes access, live interactive discussions, live breaking news feeds, and as a platform for promotional messages.

In a series of interviews for a weekly report called, Social Scorecard, which is on TVNewsCheck’s sister publication, NetNewscheck, I interviewed social media experts at stations that are the leaders on social media in their respective markets, West Palm Beach, Fla., Jackson, Miss., and Tampa.

And I thought it might be cool to take a second look at what was in those articles, just in case you might have missed them, and to include their insights that ended up not being used.

“We have several conversations about that, especially with our marketing team,” said Mary Grace Brantley, WLBT’s digital content manager.

WLBT is the NBC affiliate in Jackson owned by Raycom, and it’s the top performing media outlet on social media in that market.

“Our philosophy is what you put on your Facebook page isn’t necessarily everything you’re reporting in the news, because your Facebook audience is different.” 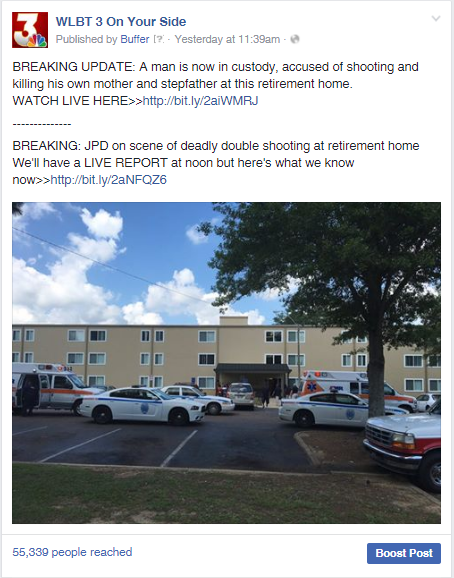 “For example, recently, a man killed his mom and stepdad. I knew our reporter had more information so I just put it out there and said ‘we’ll have more on the news’ and then embedded our live stream, so that everybody could watch it and find out more about it.”

Eric Weiss says that’s a subject they often talk about in his newsroom at WPTV, the West Palm Beach NBC affiliate owned by Scripps.

WPTV is the top performing media outlet on social media in that market.

Weiss, the station’s director of new media, says, “our over-arching philosophy is to take risks, that’s part of the culture of Scripps. It’s a constant balancing act between giving it away for free on Facebook vs. forcing somebody to our web site to watch a video,” where the station generates revenue through pre-roll ads. 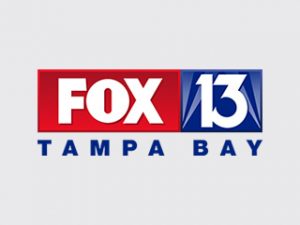 WTVT is the Fox O&O in Tampa and leads the media in social media there.

“We’ve truly pushed ourselves to be a digital first, meaning that our web and social efforts are the first thing that we address. If there’s a breaking story, that we think people need to know, we are digital first and it goes out on the website, socially and on Twitter.”

But Hoffman admits it wasn’t always easy to get into that mind set, “because it takes a little while to take a broadcast-dominated business into digital first. And it’s a station-wide effort not only by producers but with the talent and reporters as well.”

What about the anchors, reporters and meteorologists using Facebook?

Weiss mentions a story in his market where a Wendy’s customer threw some alligators into the drive-through window.

“One of our reporters did a Facebook Live from the Wendy’s. That did a huge number, and after the man was arrested, the reporter caught him in the parking lot and did an interview on Facebook with him, and that was huge as well.”

“All of reporters, anchor and weather folks are active on Facebook and tend to do well month after month. We encourage reporters to share their broadcast stories on Facebook the next day, so they have a shelf life after they air.”

You hear the word, engagement, a lot when talking to station social media experts. Engagement on Facebook measures likes, comments and shares, and on Facebook, it rules.

Brantley said her team is always trying to engage her audience by replying to user comments. She tells the story of a visiting news director asking about her station’s Facebook response rate being 100%.

“He said, ‘do you all just sit there and reply to everybody all the time’?”

“Yes, my goal is to answer every single person that messages us, that’s how we really ramped up our engagement.”

Regardless of the size of a market’s population, it’s not unusual for a Facebook post, especially one with video, to reach millions of people around the world.

“One thing about viral stories,” said Hoffman, is that groups will share and then it can quickly go around the world.” 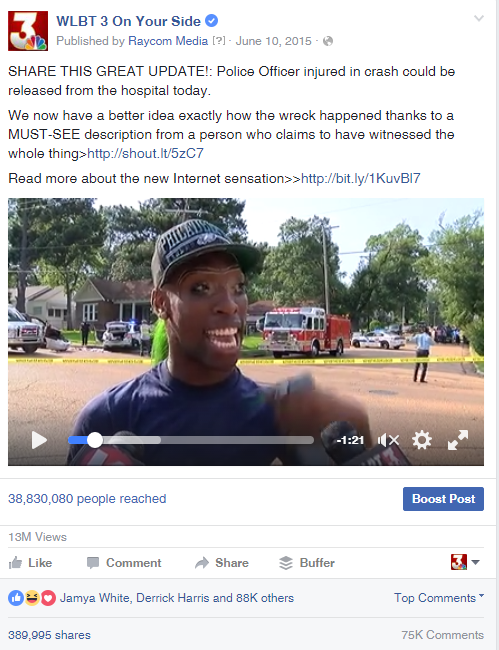 And sometimes, your most viral post may be something that didn’t even make it on the air in the news broadcast.

Brantley recalls an interview with an eyewitness.

“He gave this completely flamboyant interview and we just thought, ‘oh my gosh, everybody’s got to see this’.”