When most people think about “animation,” they think cartoons and Walt Disney. But when local TV advertisers in Grand Junction, Colo., think animation, they think KKCO, and the talented animation team of producers Arn McConnell and Corey Devore. “There have been many spots that they’ve produced in the last few years that really have broken […] 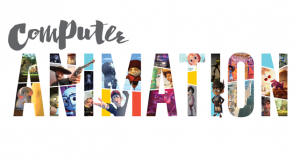 When most people think about “animation,” they think cartoons and Walt Disney.

But when local TV advertisers in Grand Junction, Colo., think animation, they think KKCO, and the talented animation team of producers Arn McConnell and Corey Devore.

“There have been many spots that they’ve produced in the last few years that really have broken the mold of the typical local commercial production,” said Brian Wiley, production manager for KKCO, Gray’s NBC affiliate in Grand Junction.

“I am so lucky to have them on my team.”

Arn McConnell spent 16 years as an animator in New York City before moving back to Colorado to work at KKCO in 2000 where he brought his unique talents to local TV commercial production forthe station’s clients.

“We use animations to create illusions that otherwise would be impossible to create,” said McConnell.

Devore, a former animation student of McConnell’s, collaborates on many of the projects that are created using Blender and After Effects. “He’s an extremely talented animator. Bbetween the two of us, [we] turn out quite a bit of animation.”

“In this case, the client wanted animation,” said McConnell.

“I don’t think there’s anything else like it on the air. So I think it will get attention, from the fact that it’s different. For clients that don’t have a lot of good footage opportunities, if it’s good animation, it grabs eyeballs.”

McConnell said this spot took about a little longer than usual to produce, about a week and a half, mostly because “we did more of an approval process than we typically might.”

How did the clients react to the finished product?

“They loved it, they raved about it,” said McConnell and then he said the client said the two magic words every producer wants to hear when they show the finished product, “No changes.”

“Nobody else in town offers the kind if animation we have. I think they’re pleased to offer this kind of thing to the client.”

For many local businesses in markets all across the country, advertising on their local TV station means business.

But the fact that many stations routinely write, shoot and edit local TV commercials that win customers and awards for local TV businesses is hardly acknowledged at all.

I’m looking to share creative, memorable and effective local TV spots that have been produced by stations across the country.

Typically, I share stories about how the creative services departments at stations market and brand their station’s local news operation.

But what’s often overlooked is that the creative services departments at many stations also act as the de facto ad agency and video production arm for their local sales team.

The sales team sells local businesses air time to advertise their products and services and use their creative services department to write and produce the commercials.

National advertisers have big ad agencies to do that; most local businesses do not. So the responsibility of writing, shooting and editing these local commercials falls to the folks in creative services.

Share your local TV commercials that were done in-house for local clients so we can highlight this essential advantage local TV stations offer.