I have a soft spot for local TV news investigative reporters like Jeff Cole at Fox O&O WTXF Philadelphia. It warms my heart to know that he’s out there keeping an eye on all things unsavory, unscrupulous, shocking and often illegal, when it comes to the behavior of public officials, corporate officers and anybody else […]

I have a soft spot for local TV news investigative reporters like Jeff Cole at Fox O&O WTXF Philadelphia.

It warms my heart to know that he’s out there keeping an eye on all things unsavory, unscrupulous, shocking and often illegal, when it comes to the behavior of public officials, corporate officers and anybody else with a secret to hide.

If you think there’s power in the pen, and there is, it doesn’t compare to what Jeff Cole’s news camera can do. 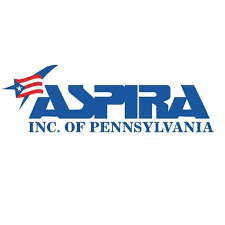 Like last summer when Cole and his camera caught up with the highly paid CEO of the charter school operator, ASPIRA, in his office parking lot to question him about a $350,000 payoff over sexual harassment.

The look on the CEO’s face is worth the price of admission.

As you watch Cole’s report from last summer, note how the story offers an easy to understand chain of evidence with graphics that highlight the important parts of documents. Very well done.

This week, Pennsylvania’s auditor general says he’ll make good on his pledge to audit ASPIRA this month after Cole’s investigation revealed the payout.

How does that make Cole feel? 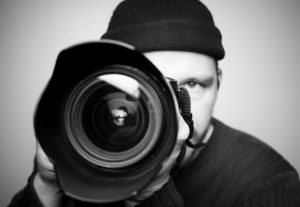 “It’s the goal of investigative journalism in local markets that you can force change, or in this instance force the auditor general, the state auditing agency, to take a look at a group like this, that receives a tremendous amount of public money, then you’ve done your job.”

Cole got the story because of dogged determination.

“I broke that story because we’re able to find a lawsuit brought against the charter school by its insurer.”

Apparently, ASPIRA didn’t pay the insurance company its premium yet the insurer paid out the $350,000 settlement to one of ASPIRA’s former top educators who accused the CEO of sexual harassment.

“That kind of evidence builds your credibility and supports your claim,” said Cole.

Apparently, this isn’t the only problem with ASPIRA, according to Cole.

“ASPIRA has been looked at by the school reform commission, the entity that oversees Philadelphia schools, and there had been a recommendation that possibly two of their schools be removed from them, that their charters be removed because of concerns about their performance.”

How can a taxpayer-funded public school charter company authorize a payment of $350,000 to settle a sexual harassment claim against its chief operating officer, its top employee?

He remains on the job, and according to Cole, ASPIRA released a statement that said it had full confidence in him.