Moving. It’s one of the occupational hazards of working in local TV news. It can be a benefit or a drawback depending on where you end up geographically, the people you work with, the station management and — if you’re a high-profile manager — the station ownership. Typically, most people in local TV start out […] 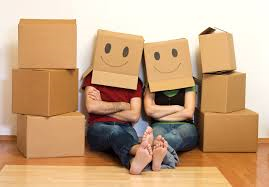 It’s one of the occupational hazards of working in local TV news.

It can be a benefit or a drawback depending on where you end up geographically, the people you work with, the station management and — if you’re a high-profile manager — the station ownership.

Typically, most people in local TV start out at a small market and then move up, usually for more money, or maybe a better experience, or perhaps a leadership opportunity.

If you’re lucky and it’s what you want, you might end up home, back in the area where you grew up.

And while it might be possible for someone to end up working at a station in the place where they grew up, it doesn’t happen often. And it rarely happens in a major market like Boston.

Do viewers care whether their morning news team grew up in the area?

WBZ, the CBS O&O in Boston, thinks so. And judging by what some viewers are saying, WBZ might be on to something.

Whether they planned it that way or not, it’s an excellent way to differentiate your morning news from the competition.

There’s been some change in the Boston market of late. A new station and an affiliation switch, so maybe the timing is right.

“We wanted to launch a new campaign for WBZ This Morning that would stand out from the pack,” said Sean Barnacoat, WBZ’s promotion manager, “and go beyond the typical ‘news, weather and traffic’ morning show spots.”

Barnacoat said the station realized all four members of their morning team grew up in the Boston area, and like most people, had deep connections with their hometown.

Plus, no other station could make that case, so “we thought this could be a fun differentiator that would connect with our audience.”

“Our goal was to showcase their local roots and passion for New England, while revealing a bit about their personalities, families, etc.”

What I really like about this campaign is the way it was executed.

Barnacoat said the station branded WBZ This Morning, “Hometown Week,” to coincide with the promotion.

Each day during Hometown Week, the show ran a personal vignette of the four anchors.

They introduced their spot and then talked about their backgrounds, all of which was then posted to Facebook and Twitter.

They featured local businesses and community organizations from the anchor’s neighborhoods to help share the spots.

“This helped us to keep beating the drum all week long,” said Barnacoat, “with new content each day to keep things fresh.”

“Love the early morning team and love that you are highlighting the towns the morning team came from. Very interesting. Great job! Would love to see more of things like this.”
Judy

“Now this is great! I’m always wondering about the people who work on these stations. They come and go and we know little about them etc. Love that they’re all local! Good job.”
Nancy

“I love this profile of my favorite morning team! I love the local talent. Rock on, my AM peeps! Prescilla

“EXCELLENT promo. This is why we watch!”
Troy

NOTE: If you’re wondering what routes the hometown crew took to get to the WBZ This Morning, here’s a little background on each.

Kate Merrill started as a college intern for another Boston TV station.

After graduating from Lafayette College with a bachelor’s in government and law, she moved to upstate New York to report for WICZ and WIVT.

Then to Nashville to anchor and report, back to the East Coast to WNBC before coming home to WBZ.

Interestingly, Merrill’s great grandfather was editor of the Boston Globe.

A grad of USC with a degree in broadcast journalism and political science, McKinnon got his start at USC’s Annenberg TV News.

Danielle Niles graduated from the University of Massachusetts/Lowell where she earned her a degree in atmospheric science, while captaining the women’s varsity soccer team.

She then went on to earn a master’s degree in meteorology at Florida State University.

Breana Pitts moved back to Boston from El Paso, Texas. Prior to that, she worked at another Boston TV station and at New England Sports Network.

Pitts is a Suffolk University grad in broadcast journalism and describes herself as a blue heeler mom. (Look it up.)