Research, focused execution, knowing what your audience wants and content that’s personalized to the users’ environment, even if it’s a small town, is what KVUE says helps it succeed on Facebook. KVUE, the ABC affiliate in Austin, Texas owned by Tegna, leads all media outlets by almost a million actions in the market over the […] 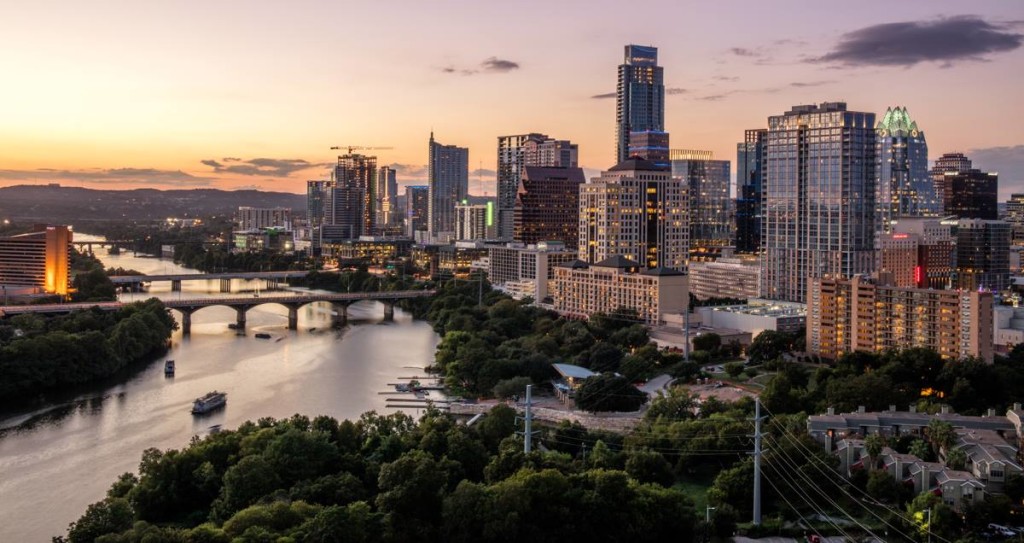 Research, focused execution, knowing what your audience wants and content that’s personalized to the users’ environment, even if it’s a small town, is what KVUE says helps it succeed on Facebook.

KVUE, the ABC affiliate in Austin, Texas owned by Tegna, leads all media outlets by almost a million actions in the market over the last six months according to data from audience insight firm Shareablee.

KVUE has nearly 3 million actions on social, 24% of the total engagement generated by the DMA (No. 39), with more than 12 million social actions.

The Austin American-Statesman, a daily newspaper owned by Cox, leads on Twitter with over 131,000 actions.

KTBC, the Fox-owned affiliate, leads a tight race in actions per post with 155. 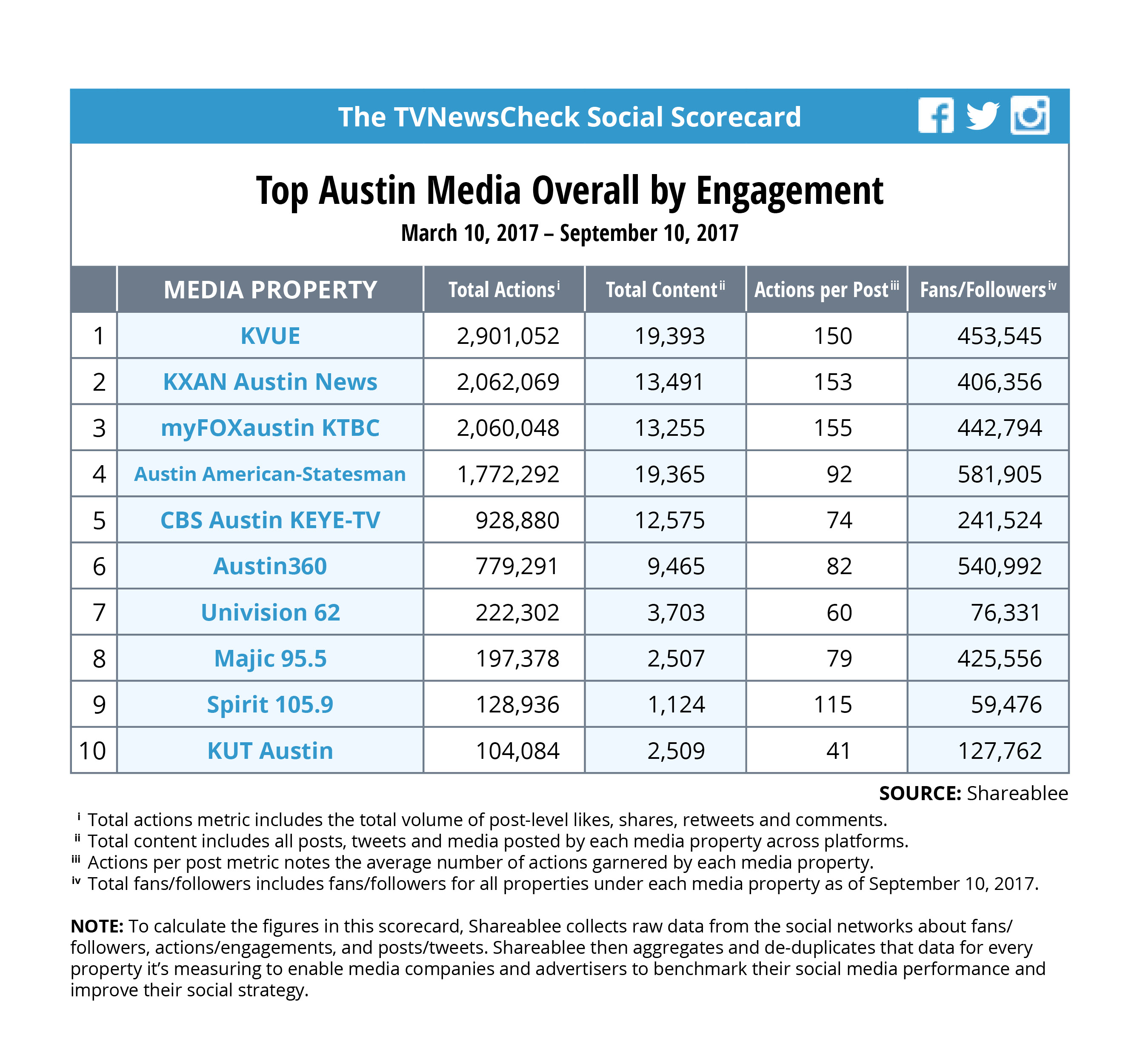 Some broadcast groups put as much content on Facebook as they can, says Matt McAllister, KVUE’s marketing director.

At KVUE, “it starts with research and knowing where our audience is,” says McAllister.

McAllister says KVUE did some focus group testing over the past few months with fans and non-fans of KVUE, talking to people about what kind of news they’re interested in watching.

“If we are not posting on social in a way that makes you want to share, react, like or comment, then we are not really doing what our job is. What is the audience most engaged with so we can put them first and find out the needs of our consumers by delivering them content that they care about.”

The focus groups had people between the ages of 17 to 65, and McAllister says every single person they talked to is getting some form of news from social media.

“What was surprising to me,” says McAllister, “was the lack of generational differences. The 17-year-olds get a ton of their news from social media and so are the 65-year-olds.”

“They want to be able to get a story without having to click and go read a page, get everything in one platform without having to click through. Obviously, the more local the better. People love to share stories about their environments. So we are fine trying to find stories of small towns where those people really care about what’s happening.”

KVUE is also working on some projects that would measure attribution from social to broadcast, something the industry kind of lacks as a whole, McAllister says.

In the meantime, “Facebook is the best opportunity that any marketer has ever had before.”

For example, McAllister points to a story about a tornado in the town of Jarrell, Texas some 20 years ago.

“We were targeting people who were living in Jarrell, so we were able to target demographics of people who experienced the story. That video is actually viewed more on Facebook than it was on the broadcast when it aired. We had more people watching it than were tuning into our broadcast. So that kind of goes to tell you that when you can create content with the end consumer in mind and be able to target them specifically… then the marketers win and the consumers win.”

Topical news promotion on Facebook is getting examined as well. McAllister says local TV news operations use the same formats and styles, so it’s often hard to stand out, so KVUE is trying something different that seeks to be authentic.

“In a world that is now multiscreen, people are watching their TVs with their laptops on their lap and their cell phones in their hands. How can we use all of those screens to keep people more engaged?” McAllister says. “If somebody’s really engaged in the story, why not give them the opportunity to interact even further on social after the story is told?”