The week aims to promote news literacy as a fundamental life skill and to provide the public with the tools needed to be an informed and empowered populace. But what does that look like when put into practice? 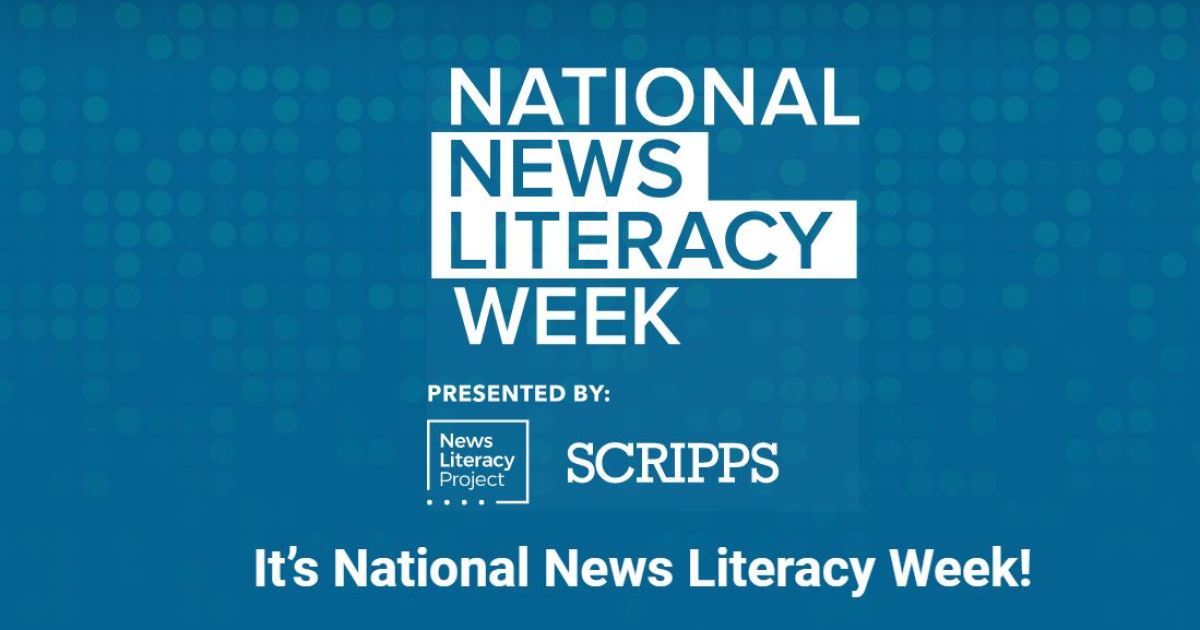 It’s a lofty ideal — teach Americans how best to consume the news, the free press. How do you identify misinformation from trusted, fact-based information?

The second annual National News Literacy Week, a partnership between The News Literacy Project, a nonpartisan national education nonprofit, and the E.W. Scripps Co. is rolling out all this week, a national public awareness campaign to promote news literacy and the role of a free press in American democracy.

The week aims to promote news literacy as a fundamental life skill and to provide the public with the tools needed to be an informed and empowered populace.

But what would that look like when put into practice?

Below are some examples from Scripps TV stations around the country.

KNXV Phoenix (ABC)
What is National News Literacy Week?
Scripps’ ABC15 in Phoenix takes a deep dive to explore the surge in misinformation during 2020 and what we can do prevent in 2021.

Media partners large and small are offering pro-bono ad space to further amplify the campaign’s message. The Associated Press, BuzzFeed News, the Los Angeles Times, The New Yorker, The New York Times, NPR, ProPublica, Vox Media, The Wall Street Journal, The Washington Post and members of the Local Media Association and Local Media Consortium are among the organizations committing space to the effort.

WXYZ Detroit (ABC)
What’s a FOIA Request?
Scripps’ WXYZ in Detroit explain what a Freedom Of Information Act (FOIA) request is and how you can file one in Michigan.

WTVF Nashville (CBS)
Behind the Scenes: NC5 Investigations
Scripps’ NewsChannel5 in Nashville gives audiences a behind-the-scenes look at how they investigated and reported a COVID-19 nursing home investigation.

WFTS Tampa (ABC)
Students Learn Journalism through News Literacy Project
As part of its commitment to community journalism, Scripps’ ABC Action News in Tampa catches up with local high school students they worked with to produce a story for National News Literacy Week 2020: what has changed in the world and how their learnings from the first week has made an impact.

KNXV Phoenix (ABC)
Journalism Students Discuss Misinformation Online
As part of News Literacy Week, ABC15 is hosting a digital town hall on navigating misinformation in the digital age. ABC15 spoke with journalism students to get their understanding of how they handle misinformation and their take on the next generation of journalists.

WEWS Cleveland (ABC)
How Training in Equity, Diversity and Inclusion Informs How We Report the News
Kevin Benz, a veteran broadcast journalist who now coaches and professionally trains media companies and related organizations, was one of the trainers who conducted EDI training with Scripps’ News 5 in 2019. Over a year later, the station checked back in with Benz to discuss the training and how it has changed how its newsroom operates.

Newsy
Fake News and the 1918 Flu
A propaganda machine and a law threatening prison for criticizing the U.S. government encouraged newspapers to censor the 1918 flu. It cost lives.

Nexstar Broadcasting Group seeks an experienced, driven broadcast professional to serve as Vice President/General Manager of its media properties in Roanoke/Lynchburg, Virginia (DMA #71.) The successful candidate will have full oversight of WFXR-TV (FOX), WWCW (CW), as well as all affiliated digital, mobile, and social media assets associated with WFXRTV.com. Click here for more specifics and how to apply.