A trip to WNYW’s Tape Room, where the station keeps its archives, sparked an idea for reporter Dan Bowens. In the Tape Room, Bowens found old reports of crimes from the New York/New Jersey/Connecticut area that have remained unsolved to this day. Bowens has produced 13 audio-only podcasts so far. Of those, four were made into TV stories and then those four were stitched together for a 22-minute special called The Tape Room. 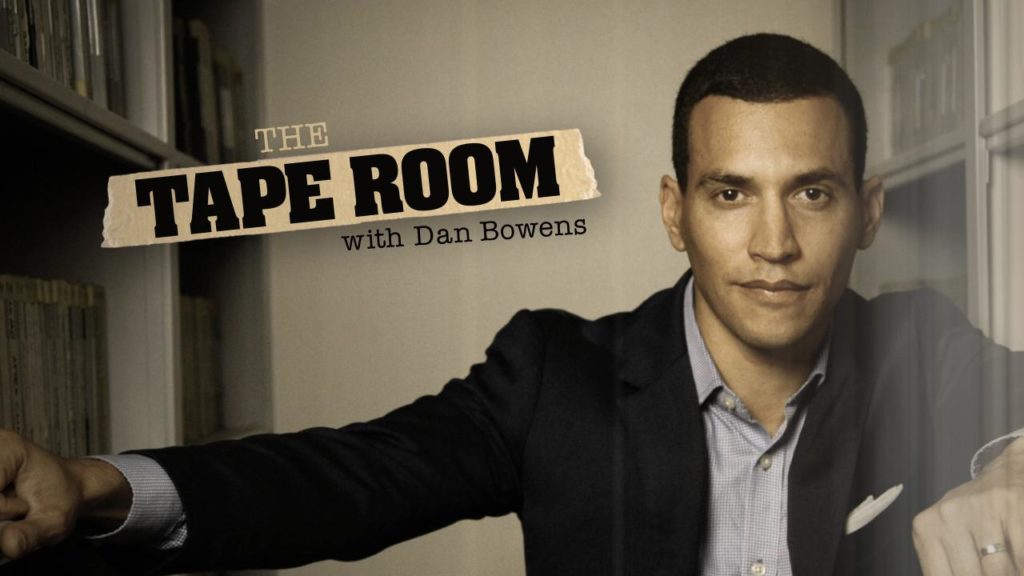 A trip to WNYW’s Tape Room, where the station keeps its archives, sparked an idea for reporter Dan Bowens to revisit and retell old true crime stories into podcasts and television specials. WNYW is the Fox O&O in New York City.

In the Tape Room, Bowens found old WNYW reports of crimes from the New York/New Jersey/Connecticut area that have remained unsolved to this day.

“I said I bet there are some old cases up in that room that we covered and who knows what happened to that story and maybe there is something more to that.”

Bowens has been a general assignment reporter at the station for about 8 years, lives in Jersey, and listens to podcasts on the train into New York.

“I thought, here are the stories I could tell. The beauty of the podcast is that you can give it some space. The interviews can run longer, the way to tell the story can be a lot more detailed because, unlike TV, you don’t necessarily have to have the pictures to match it. And so in a sense, it’s like those old radio interviews that were on radio programs way back when where you have a little freedom and so I was drawn to that idea.”

Bowens has produced 13 audio-only podcasts so far. Of those, four were made into TV stories and then those four were stitched together for a 22-minute special called The Tape Room.  Fox declined to reveal details about the podcasts advertising revenue other than to say they are sponsored by UNTUCKit, a shirt maker for men and women.

Cases like the man known as The Jewish Mother Teresa, a deli owner, who was gunned down in broad daylight. Who did it? Why?

Or the body of a woman found in a well-crafted box found sitting on the corner of a busy intersection.

Some still haunt the NYPD detectives who worked the case, like the 1985 murders of two young boys, their bodies discovered in a dark stairwell of their apartment building.

And there’s the murder of Sara Fox, a young woman killed while running in a Manhattan park. In that case, the killer left behind a bizarre token.

“The first podcast that we did was Sara Fox,” said Bowens.

“That was one we did transition to an on-air story and the podcast and the on-air story were very different. I incorporated some of the older stories that we had done about the Sara Fox case. Here is the reporter who covered the scene, here is what’s happening at this moment to update it. When we did it on-air, we were actually able to delve and go a little more in depth. Because the podcast had done well, it gave us a little bit of credibility with the NYPD and so the NYPD, for our on-air story, offered us the actual cold case investigator who was working on the case.  And so in one sense, the two things are sort of working together there.”

Bowens said that when local TV news operations go back into their archives for material to create podcasts, it gives the stories validity.

“There is just something so authentic about those crimes, the way the no-nonsense beat reporters in the city of the ’80s early ’90s and seventies covered them.”

And bringing back these unsolved crimes that have been dormant for a while breathes new life into the investigation.

“Two weeks ago I got an email from a detective who told me that after our podcast, there was a little bit of buzz, especially on social media, about this particular case. A directive was given to try to find a new DNA type of technology and so just two weeks ago, they secured the DNA lab that they had wanted to use. We did a story, it gets a little buzz and who knows what is going to happen.”

Click here to listen to all of The Tape Room podcasts by Dan Bowens.

NOTE: More and more TV stations are finding new ways to bring archived footage and stories back to life. Unsolved murders, disappearances, cold cases of who-done-it, chilling details left by killers on the loose, and old clues that might help crack the case years later are the stuff that makes these true crime stories so appealing.

If national network programs like 20/20, Dateline and 48 Hours and true crime documentaries on Netflix can find audiences using this technique, it makes sense for stations to turn to their archives of these cold cases and other news stories from the past to find fodder for podcasts and TV news specials.

Jobs posted appear on TVNewsCheck’s home page and nearly every other page on the site and they are distributed continuously on TVNewsCheck AM/PM, Newsroom Tuesday and Tech Thursday newsletters and on every page of MarketShare, the blog about television marketing.

If you have a question, need help or want to contact Paul Greeley, he’s at paul@newscheckmedia.com or 817-578-6324. Greeley lives in the Philadelphia area