WPIX, Tribune’s CW affiliate in New York City, sent a news crew down to three countries in Central America, Honduras, El Salvador and Guatemala, to report what conditions are like there. WPIX reporter Cristian Benavides and photographer Kenneth Pelczar spent a week there in late April. Benavides and Pelczar did live reports from the ground while there and, on their return, are sifting through all the material they gathered for a series of reports on WPIX’s newscasts titled, Trapped in the Triangle. 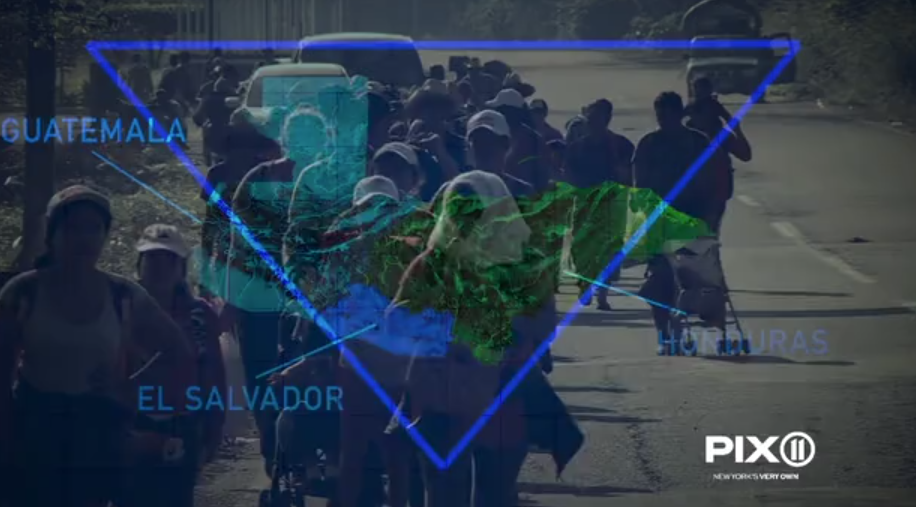 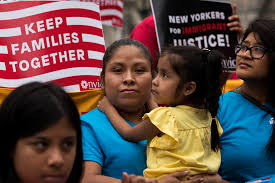 It’s certainly one that’s in the news almost every day. However, most of what we see in the news is told from the American point of view.

Rarely do we see the country from which these immigrants are fleeing, what conditions are like there, what the people there face that make them so determined to leave.

WPIX sent a news crew to three countries in Central America — Honduras, El Salvador and Guatemala — to report on the conditions there.

WPIX reporter Cristian Benavides and photographer Kenneth Pelczar spent a week there in late April, embedded with a delegation of the Catholic Charities of the Archdiocese of New York.

Benavides and Pelczar did live reports from the ground and, on their return, are sifting through all the material they gathered for a series of reports on WPIX’s newscasts titled, Trapped in the Triangle.

Benavides acknowledged that the immigration story is deeply polarizing here in the states. What he discovered there is the people don’t care about politics.

“All they care about is, in my neighborhood, someone is trying to kill me. So I have to get out. That is what motivates them. People are coming here to find a place to live. We just shared the stories of people who are there in Central America who have been forced out.”

A bus driver was murdered in San Pedro Sula because his job was to drive through MS-13 gang territory. Police say 18th Street gang saw it as a sign of disrespect because he was providing a public service to the opposing gang. So they brutally murdered him.

We rode along with National Police as they showed us one of the most dangerous neighborhoods in Tegucigalpa, Honduras

Burns said the idea of sending a crew to down there was to cover the “humanity of the story and not the politics.”

Even though the crew were embedded with the Catholic Charities, Benavides said they had the freedom to report what they wanted.

“We had our own vehicle. We could go to a community that is affected by gang violence, and talk to them. We would get a lot more going to the communities instead.”

“This has opened up a new line of local contact for us to do more contextual reporting,” said Burns. “We have learned from our sources, for example, that there is a Honduran family in sanctuary at a New York City church right now. This is something that we will continue to invest in because it matters.”

For more information and videos of WPIX’s coverage, Trapped in the Triangle, click here.