Jared Stepp, WIS’ creative director, said he likes to do promos that stick out. But when he got the idea to turn the station’s weather team into a video game, he feared he might have gone too far. So for 5 months, he worked on the promo secretly. 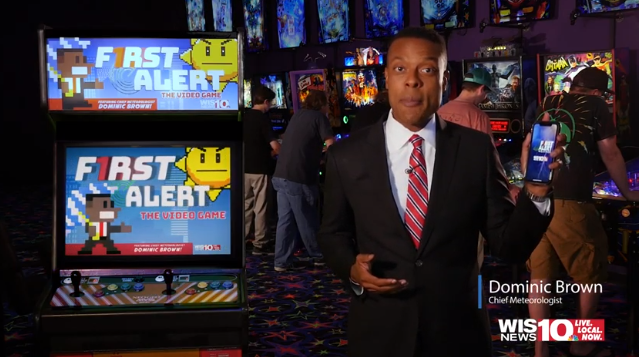 WIS, Gray’s NBC affiliate in Columbia, S.C., is airing a new promo for its weather app that has all the appearances of a video game.

Jared Stepp, the station’s creative director, said he likes to do promos that stick out. But when he got the idea to turn the station’s weather team into a video game, he feared he might have gone too far.

So for five months, using pixel-making software, he worked on the promo secretly. It took so long to create because “every movement is a different animation, not far from being drawn by hand.” 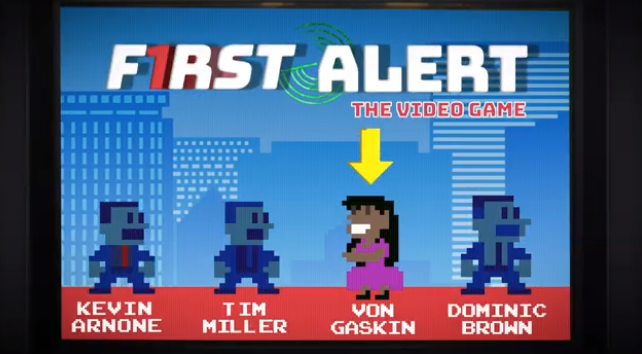 Eventually, when he was convinced the promo was good enough, he showed it to his mangers and held his breath.

“They all came into my office — the news director, the GM and the chief meteorologist — to watch it. They loved it.”

The spot’s been on the air a couple of weeks and Stepp said he can already see results.

“Kids come on school tours and when they see the chief meteorologist, they say, that’s the guy on the video game, and run up to him and take selfies.”

Here are a couple more examples of Stepp’s work along with some of his comments.

I wanted a super bright and fun morning promo.

I parodied Bob Dylan’s Subterranean Homesick Blues and re-wrote the lyrics to advertise our app.

WSMV, Meredith’s NBC affiliate in Nashville, TN is seeking a skilled senior graphic artist with experience in broadcast news. We are looking for a strong creative who can lead other designers and set the aesthetic standard for the art department. This job requires at least 2 years of TV graphics experience and proficiency in the following programs: After Effects, PhotoShop, Illustrator. Chyron Prime, Lyric X Luci, Cinema 4D. Click here for more specifics and how to apply.