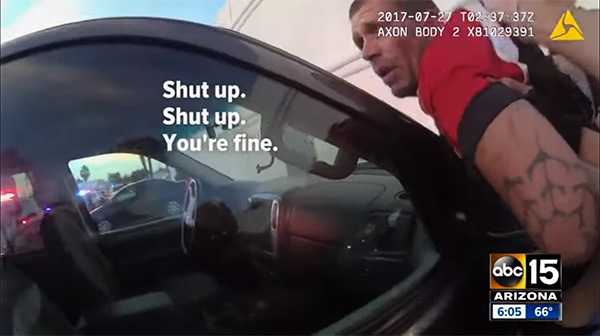 Their body cameras reveal what independent law enforcement experts call the most sadistic cases of police misconduct they’ve ever seen.

KNXV’s — Scripps’ ABC affiliate in Phoenix (DMA 11) — ongoing coverage of the incident and the culture of violence in the Glendale police department earned it the U.S. Hillman Prize in broadcast journalism for its 2019 investigative series, Abuse of Force.

“Thanks to KNXV’s determination to explain how this kind of brutality could go unpunished, thanks to its storytelling ability, and thanks to its sheer guts, the public found out just what was going on in one of Arizona’s largest cities,” said Hillman judge Harold Meyerson.

In announcing the award, the Hillman Foundation said: “Abuse of Force represents local investigative reporting at its very best.”

The Hillman Prize is a journalism award given annually that recognizes journalists and public figures for socially responsible journalism, both in traditional and new media forms. Recent winners include The Washington Post, 60 Minutes and the New York Times Magazine.

Family-owned Morgan Murphy Media is actively looking for its next chief engineer to oversee the Engineering and Information Technology Departments of its flagship property – the award-winning WISC-TV – located in the very desirable DMA 81, Madison, Wisconsin.  Become one of only a handful of Chief Engineers to hold this post since the station signed on in 1956. Click here for more specifics and how to apply.