A news promo and a special report by KVVU in Las Vegas caught my eye. It’s not easy keeping viewers interested through a 4 minute-plus news story, but a lot of people in the newsroom contributed to make this work stand out. 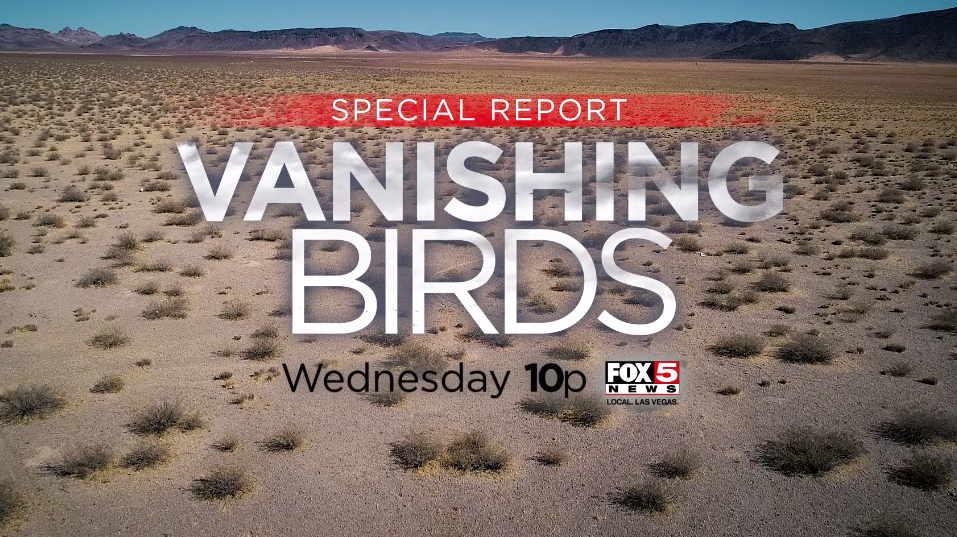 Development vs. the environment. Urban sprawl. Like the Joni Mitchell’s song says: “They paved paradise and put up a parking lot.”

The soothing sounds of birdsongs disappearing: Not breaking news, but something people care about when they realize the price it might cost them.

I saw a promo posted by Christine Maddela, who anchors the 5, 6, 10 and 11 o’clock news on KVVU, Meredith’s Fox affiliate in Las Vegas. It was for a special report, Vanishing Birds, and I thought the promo was well done.

Here’s what I liked about it. The promo was all sound bites, no announcer. It made good use of font on the screen, and I really like the branding elements of the station’s special report graphic and great use of lower third graphics in the right hand corner so you know where to watch, what day and when. Great use of sound, too.

“Our promotions team at FOX5 is the best I’ve ever seen,” said Maddela, adding that their promos are like movie-trailers. High praise indeed.

“They are journalists who take the opportunity to tell a story in their promos without sensationalism.”

Maddela said she has worked with Ray Arzate, the station’s promotions manager, for 15 years.

“We first worked together in El Paso, Texas. When I moved to Nashville I brought him on a few months later. I went to Philadelphia, he went to Atlanta, and then I lured him out to Vegas.” 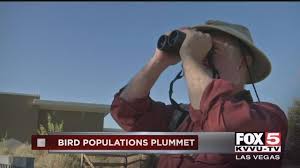 I found the special report which aired Wednesday night at 10 on KVVU. It was a 4 minutes, 30 seconds package. Not an easy task to produce a 4:30 story on anything that keeps viewers interested enough to watch the whole thing. But a story essentially about development vs. the environment?

In a news world sometimes dominated by the 1:30 package, some stations, and their viewers, still see value in allowing a story the time it takes to tell it, especially if they have faith in the storytellers.

“I am grateful to the FOX5 management for trusting me with precious airtime to tell long-form stories and special reports,” said Maddela. “It’s a trust I don’t take lightly. I never want to waste a viewer’s time. They have a lot of options when it comes to local news, documentaries and feature reports.”

Here’s what’s worth pointing out in Maddela’s story: The pacing, the rhythm. There’s a back and forth of views about the needs of development vs. its effect on the environment. The use of nat sound bouncing back and forth between the sound of birds and the sounds of construction. To keep the pacing up, the story uses several cuts of music, I think I counted three or four different cuts, including the whistle sound at the end that evokes a desert spaghetti western. That sound effect is over drone footage of the desert as birds fly under.

According to Maddela, Roger Bryner shot and edited the Vanishing Birds piece. He is a veteran photojournalist who has worked at FOX5 for 15 years. The drone footage was shot by Ted Pretty, KVVU’s chief meteorologist and also a drone pilot.

The animation used in the story to help viewers see what the empty track of land would look like once developed was created in house by Rich Scallan, the station’s digital graphic designer.

“His attention to detail is remarkable,” said Maddela.

Yes, the attention to detail is everywhere in this work, a sign that people care.

Here are some other examples of the work done by Maddela and the folks at KVVU.

NOTE:  Have you got a news story and/or promo, perhaps a special report piece for the November sweeps, that you’d like to share? Let me know.

News 3 Now/WISC-TV has a rare opening for a News Director to lead our team at the family-owned flagship of Morgan Murphy Media in one of America’s best cities. There have been four news directors at this station in the past 42 years, so this opportunity doesn’t come along very often. We are looking for someone to break the mold and connect with local audiences in a new way.  We produce 40 hours of television news a week and embrace coverage through our app, social, web site, and streaming video channels resulting in a digital leadership position in the market. The right candidate will have a proven track record of audience growth and understand how to build emerging platforms. 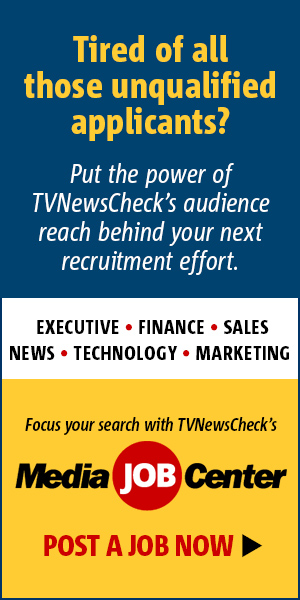