It was a week of extreme weather in Austin. Most people had no power, no water and a dwindling supply of food. The employees of KTBC, the city’s Fox O&O, were also dealing with that major story they were covering.

It was a week of extreme weather in Austin, and in fact, the entire state of Texas. The first ice storm hit Austin on Feb 11, followed by another two days later. Power went out to thousands of homes and business. Temperatures plunged into the teens, record lows, by Sunday, Feb 14.

Snow began falling that same day and continued through the night, covering much of Central Texas. Austin does not have adequate snow removal so the snow accumulated as temperatures plunged to near zero through Tuesday morning. Streets were impassable by car. Power was out to much of the state at this point.

By Wednesday, Feb. 17, the water systems in the entire region were threatened due to power outages at facilities.

Many residents were now without power and water. Another three rounds of winter precipitation shut the city down again through Thursday, Feb. 18. By the following day it was very clear that the Austin area was in a dangerous situation: no power, no food and if there was water, it had to be boiled before consumption.

The employees of KTBC, the city’s Fox O&O, were also dealing with the story they were covering. Most had no power, no water and a dwindling supply of food.

KTBC was able to secure 15 hotel rooms for its news and engineering staffs, but as power and water went out, hotels were booked up fast.

Employees who had hotel rooms could not double up in rooms due to COVID guidelines, so KTBC’s facility became a makeshift hotel for many employees.

The engineering, operations and news departments had a total of eight employees who stayed overnight at the station starting on Monday, Feb 15, and did not leave until that Friday.

Despite the deteriorating situation inside and outside of the facility, KTBC managed to produce nine hours of news per day. They produced 5-minute news updates every 30 minutes between newscasts and carried three live press conferences daily on-air and on social media. In between newscasts, the news teams shared the latest information on social media by the minute. 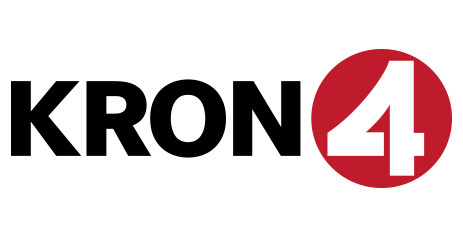 Nexstar Media Group’s station, KRON, the MyNetworkTV affiliate in the San Francisco Bay Area, seeks a Newscast Producer. This position is responsible for creating a daily newscast for an assigned time slot, using various resources such as reporters, writers, video, wire copy, and information gathered in the newsroom. Demonstrated ability to use state of the art live and graphic technologies, digital editing systems, and to work with writers, reporters and assignment editors on story development. Click here for more specifics and how to apply.