How does a TV station dominate the activity in social media as much as WHIO does in Dayton, Ohio? WHIO has almost five times the number of actions than its nearest competitor. WHIO, Cox’s CBS affiliate, is No. 1 in social media actions in the market over the last six months according to data from […] 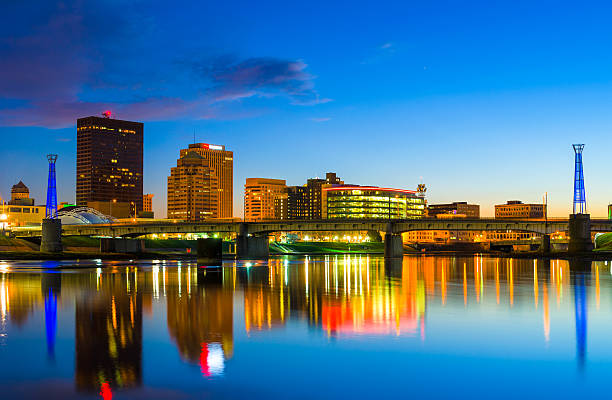 How does a TV station dominate the activity in social media as much as WHIO does in Dayton, Ohio?

WHIO has almost five times the number of actions than its nearest competitor.

WHIO, Cox’s CBS affiliate, is No. 1 in social media actions in the market over the last six months according to data from audience insight firm Shareablee.

It has almost 2.5 million actions on social, 55% of the total engagement generated by the DMA (No. 64), with more than 4.5 million social actions.

WHIO is first in actions per post with 113 and leads the market on Twitter actions with almost 83,000.

WHKO-FM, (K99.1FM), a country music station also owned by Cox, had the most actions on Instagram during the same period with 15,666. 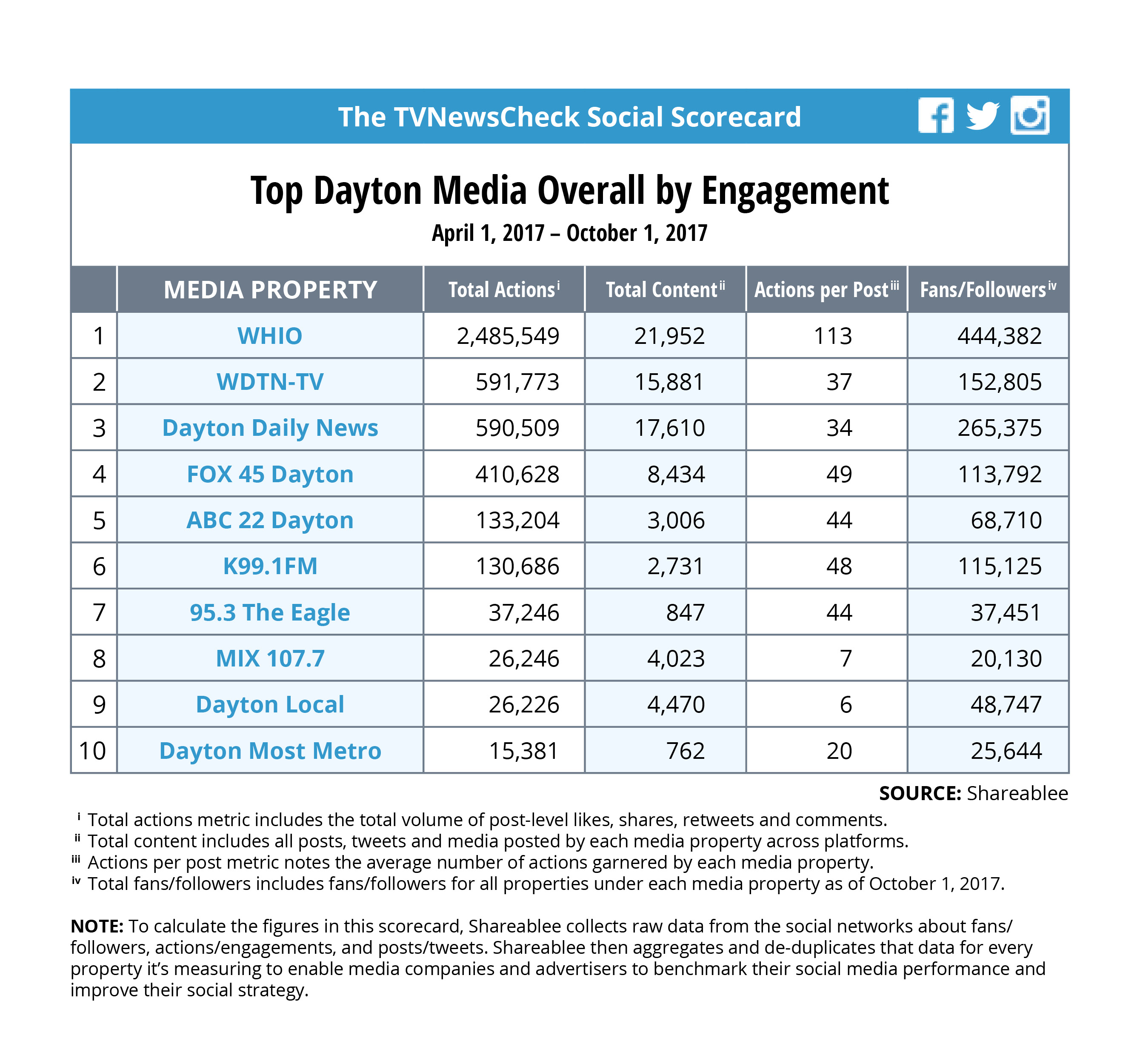 The key? Know what your audience wants and expects to get from you, says Tim Wolff, WHIO’s digital director.

“The most important things for our community, whether it’s Facebook or television, is severe weather, breaking news and stories that keep you safe,” says Wolff. “That’s what we focus on for all of our products.”

At WHIO, they tailor the storytelling to match the right platform.

“The stories you tell change by the platform the consumer is using,” says Wolff.

Every morning and afternoon during the editorial meetings, the station tracks the stories that are trending on Facebook.

“We get a preview on the weather and what’s trending on digital,” says Wolff, “and that helps us figure it out. That’s not the end all, be all, but it helps inform how we are going to cover the stories that day.” 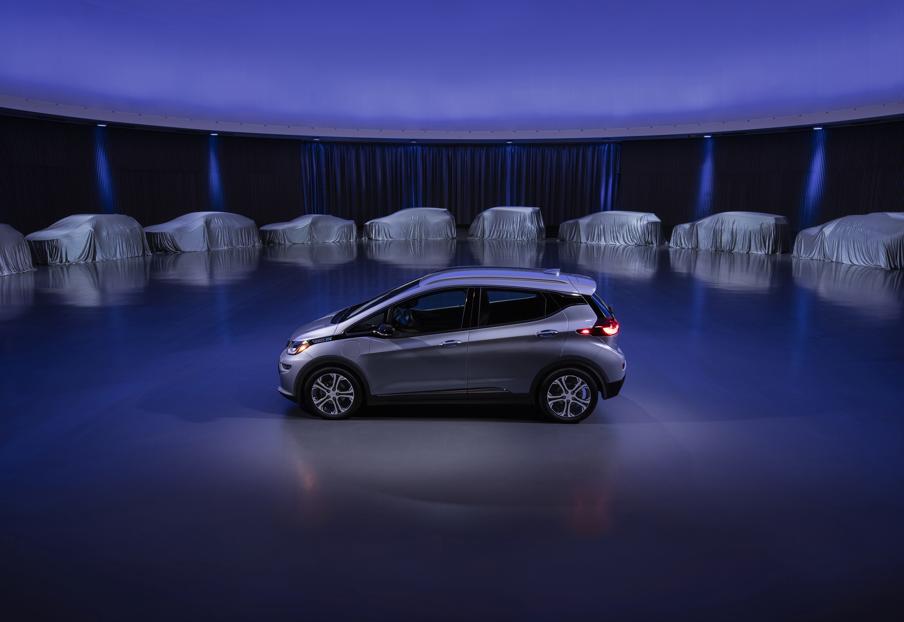 For example, the recent announcement by General Motors got Facebook users, “talking about all its cars being electric, we saw that was trending early in the morning.”

Wolff says there used to be large GM plant in Dayton, so the news department decided to tie-in and cover the story for its television newscasts.

“It helped us stay ahead of the curve and helped us figure out that, ‘oh people are talking about this because GM was a very big part of the community for a long time’. That was something that also immediately resonated with our viewers.”

When appropriate, says Wolff, the station uses Facebook to highlight extraordinary people in their neighborhood.

“We do have a monthly feature that one of our anchors does called Making A Difference, where he profiles regular people in the community who are doing extraordinary things. Those are very well received.”

“We do a nightly Facebook Live at 9 p.m. with our 11 p.m. anchor, James Brown, where he takes questions from viewers and talks about the stories that are coming up at 11,” says Wolff.

“We will do a number of Facebook Live broadcasts with our meteorologists, especially when there are storms approaching. They will take questions and they are very popular.

“Our sports director has been doing weekly Facebook Lives, high school sports conversations, and that has been very well received as well. It’s really the ones where you can engage with people — where they can ask questions and you can answer them — that really make the biggest difference.”

One of the main reasons that WHIO is so successful on Facebook overall, Wolff says, is its strong, established broadcast news brand. 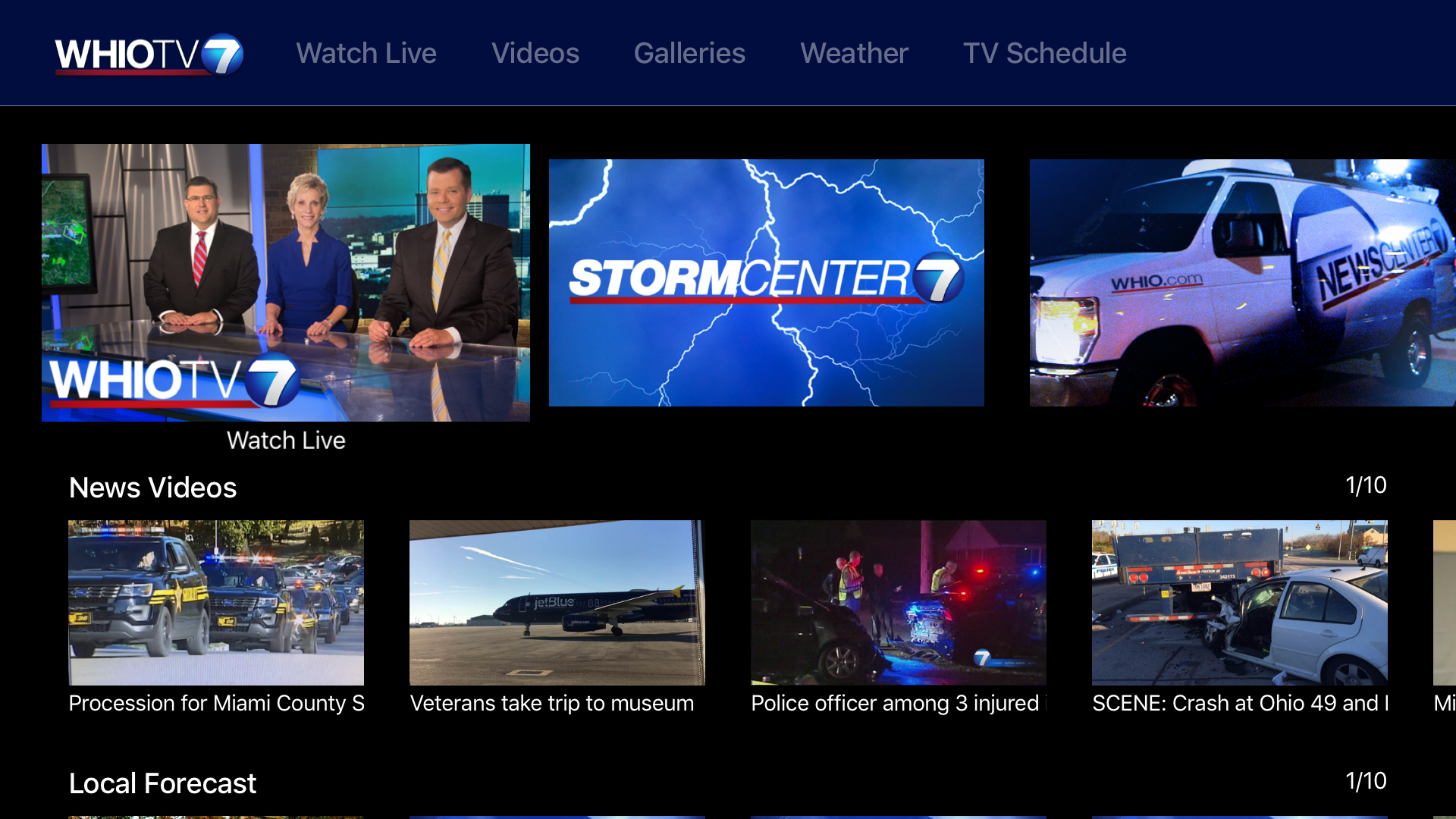 “We are the highest-rated media market in the United States by a pretty good margin in terms of household ratings. It’s because we have such a great foundation with this audience that they trust us and that trust extends to Facebook.”

But Wolff cautions that no matter what platform you’re on, good content is key.